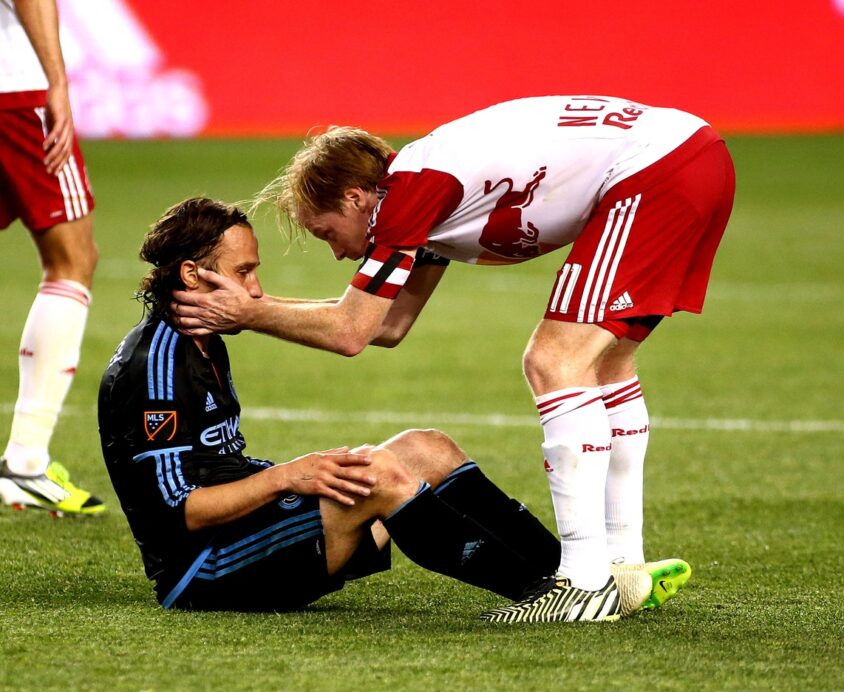 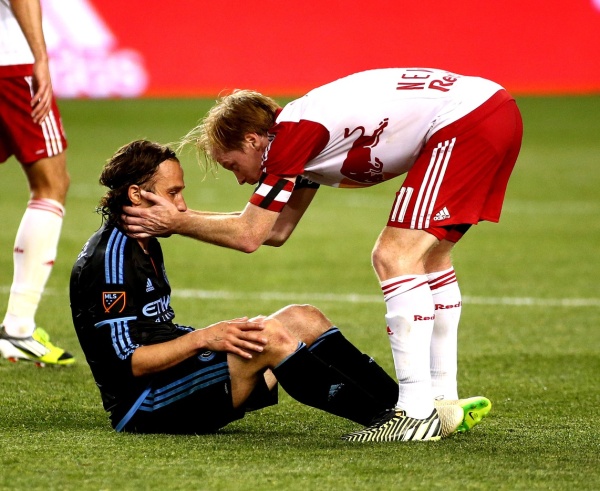 After a busy midweek of action, MLS action continues into the weekend with a schedule packed with rivalry matchups.

Sunday’s lineup headlines the weekend, as two of the league’s premier rivalries take centerstage. Kickstarting the day will be the second ever matchup between NYCFC and the New York Red Bulls, while the Seattle Sounders face off with the Portland Timbers in the evening’s nightcap.

The weekend kicks off Friday night with a Texas Derby between FC Dallas and the Houston Dynamo, while the LA Galaxy face off with the San Jose Earthquakes on Saturday in the California Classico.

Elsewhere, D.C. United travels north to take on Toronto FC, the New England Revolution take on the Vancouver Whitecaps in an inter-conference clash and the Philadelphia Union look to make it back-to-back wins in a meeting with the Montreal Impact.

The rivalry weekend is set to kickoff with a Texas Derby.

After smashing through their in-state rivals, 4-1, in the team’s first matchup of the season, FC Dallas hosts the Houston Dynamo winners of five-straight derby contests. However, FC Dallas is winless since May 9, giving the Dynamo the chance to level the two sides on points with a win on Friday at Toyota Stadium.

After knocking off the rival Montreal Impact earlier in the week, Toronto FC will need to step up to the plate Saturday against the conference’s top team.

D.C. United continues to roll through the East and currently sits 10 points ahead of the second-place New England Revolution for the conference’s top spot. Sitting 12 points back, TFC has five games in hand, and could make up major ground with a win on Saturday. That effort will be boosted by the play of the team’s three Designated Players, as Sebastian Giovinco, Jozy Altidore and Michael Bradley each tallied goals against the Impact.

Jack McInerney and Andrew Wenger were traded for one another last season, and now each gets the chance to torment their former club.

McInerney and the Impact visit Wenger’s Union on Saturday night, and it’s been McInerney who has been the more productive of the two heading into the weekend’s clash. The Impact forward has provided 10 goals since making the move last season, while Wenger has finished six, none of which have come this season. However, the Union’s scoring hopes will likely once again rest on CJ Sapong, who has scored in four straight and five of six.

With just one win in nine matches, the New England Revolution are now tasked with taking on one of the West’s top sides.

The Vancouver Whitecaps could top the conference by the end of the weekend after winning two straight and three out of four. The Revs, meanwhile, continue to struggle in the absence of Jermaine Jones, as the team now clings to second place, 10 points behind leaders D.C. United.

Unbeaten in eight games against this weekend’s opposition, Sporting KC looks to continue their dominance of the Colorado Rapids on Saturday.

The Rapids enter the weekend firmly in last place out West, five points out of ninth in the conference. Sporting KC, meanwhile, continues to ascend up their new conference, despite last week’s loss to RSL that snapped an eight-game winning streak in all competitions. After seeing May’s game rescheduled due to rain, the meeting will be the pair’s first clash of the season.

Real Salt Lake will be forced into some difficult lineup decisions on Saturday against the Columbus Crew.

Having played midweek, RSL’s tired legs will be furthered by the absences of Javier Morales and Demar Phillips, both of whom were sent off in Wednesday’s loss to the Red Bulls. In addition, Alvaro Saborio will be off on international duty, giving the Crew, midweek winners over the Revs, a major advantage heading over to Rio Tinto.

Expecting a crowd reaching as high as 50,000, the San Jose Earthquakes face a tough task in the California Classico.

The Galaxy enter Saturday’s clash as hot as possible, having scored 16 goals in the team’s previous three games. Led by the usual suspects and the newly-added Sebastian Lletget, the Galaxy have exploded out of their early season slumps caused by Robbie Keane’s injury issues. The Earthquakes, meanwhile, have the chance to topple their second straight Western Conference contender after defeating the shorthanded Sounders, 2-0, last time out.

After falling to the New York Red Bulls in the teams’ first ever encounter, New York City FC can exact a bit of revenge Sunday at Yankee Stadium.

Riding a three-game league winning streak, NYCFC enter as the much hotter team, as David Villa continues to lead the way. Having scored a brace last time out, NYCFC takes on a Red Bulls team that has three games in a week, including a pair of derby games. With just one win since the teams’ May encounter, the Red Bulls are in a bit of a rut, despite a victory over Real Salt Lake last time out.

Arguably the league’s most intense rivalry, the Seattle Sounders visit to the Portland Timbers will be a bit diminished by the absence of some of the team’s biggest contributors.

Obafemi Martins and Clint Dempsey will both miss out due to injury and suspension, respectively, leaving the Sounders, scoreless in two straight, with some major gaps atop the field. The Timbers meanwhile are in need of a bounce-back game after seeing their four game win streak halted by a 5-0 demolition at the hands of the Galaxy. Should the Timbers claim victory, it would be the team’s first over their rivals since 2013.