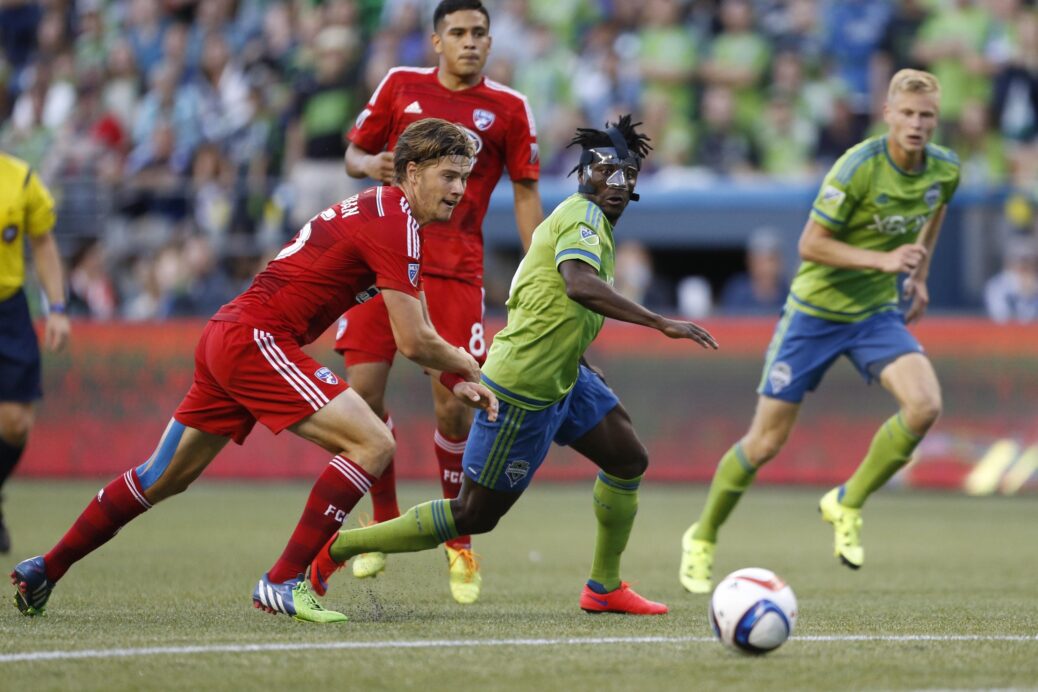 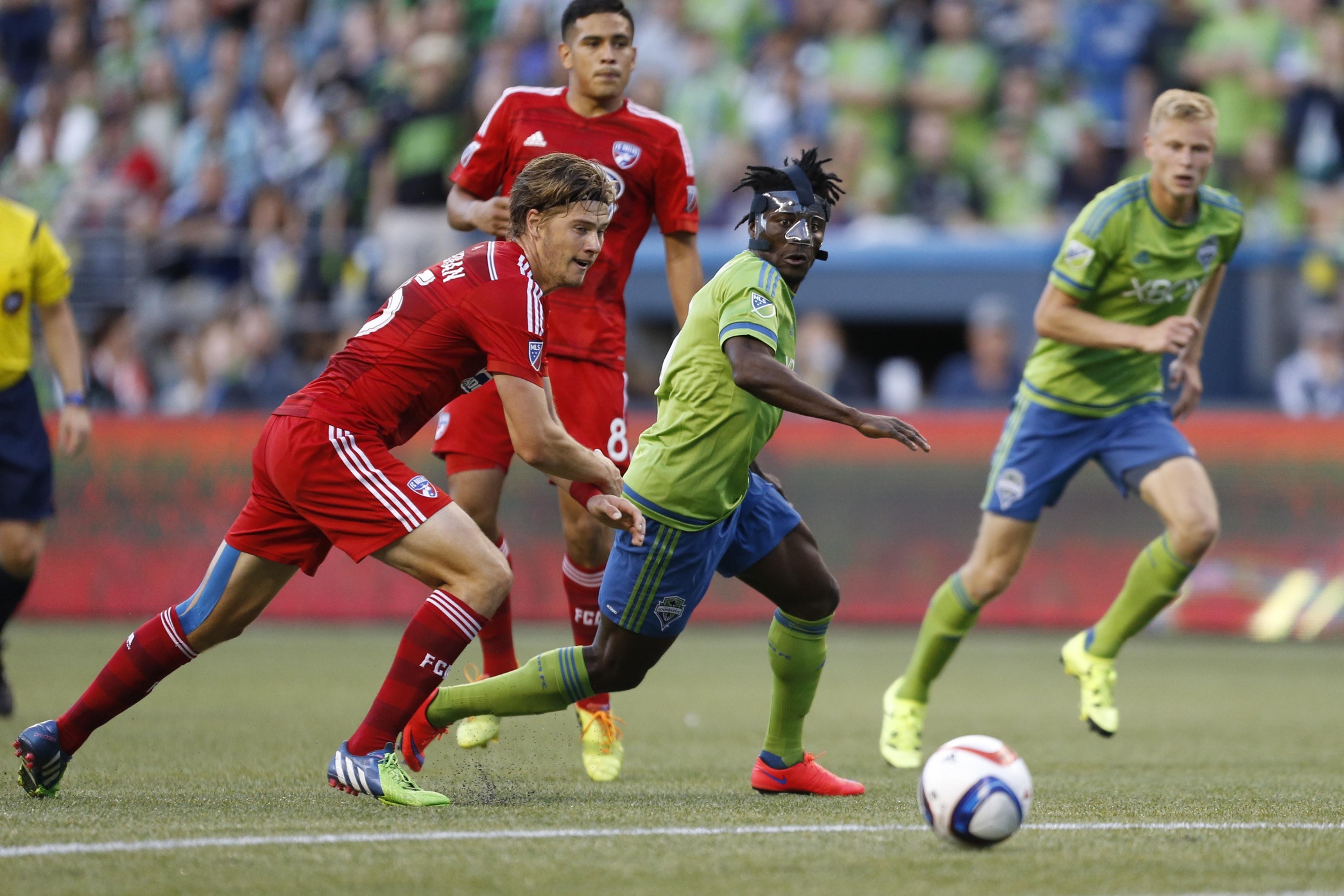 When it comes to the best in the West, the Seattle Sounders are beginning to separate themselves.

Not only did the Sounders win their fourth game in six matches on Saturday, but they did it while sending FC Dallas further in a downward spiral that has seen the early front runners drop to fifth.

Second-half goals from Lamar Neagle and Obafemi Martins set the Sounders on their way to a 3-0 win at CenturyLink Field.

The game ended with a rarity; Leo Gonzalez popped up in the right place to score just his second ever MLS goal to seal the deal in stoppage time.

FCD offered little in return, save for Kyle Bekker’s first half effort that was expertly stopped by Stefan Frei. It was one of just two shots on goal for the visitors.

Lamar Neagle handed Seattle the lead in the 56th minute. He initially tried to work a passing move with Brad Evans down the left, and Victor Ulloa’s intervention only sent the ball bouncing Neagle’s way.

He took a touch before firing a shot low past FCD goalkeeper Dan Kennedy for his third goal of the season.

Neagle’s goal seemed to wake the Sounders up, with FCD sustaining heavy pressure in the aftermath. Substitute Obafemi Martins nearly doubled the lead in the 68th minute, stumbling as he picked up a Dempsey pass only to bounce a shot a few feet wide to the right.

He was only warming up. About four minutes later, Martins was at the near post when Andy Rose sent an over-hit corner kick back toward goal. The Nigerian showed strength to bring the ball down and awareness to finish with his second touch.

FCD’s best effort came from Mauro Diaz in the 79th minute, with his low shot inches wide of the left post. Perez had a similar time while attempting to head in a shot from about 10 yards out.

As the visitors pushed for a way back, the Sounders applied the decisive strike in stoppage time. Neagle raced down the right before pulling a pass back to find Gonzalez in space for a first-time finish.

A sluggish first half was briefly interrupted twice. The first instance came just five minutes in, when Clint Dempsey blasted a free kick toward the right post but into the side netting.

The first shot on goal of the game didn’t come until the 31st minute, when Blas Perez played provider for Bekker inside the Sounders box. The midfielder’s shot to the near post was only kept out by the quick reactions of Frei, who stretched out a right arm to deflect the ball away.

Later, the Sounders provided the fireworks necessary to keep them on top of the Western Conference. They remain at home for both a U.S. Open Cup match with the Portland Timbers and an MLS matchup Saturday against the San Jose Earthquakes, while FCD faces OKC Energy FC of the USL before hitting the road to play the Colorado Rapids on Friday.