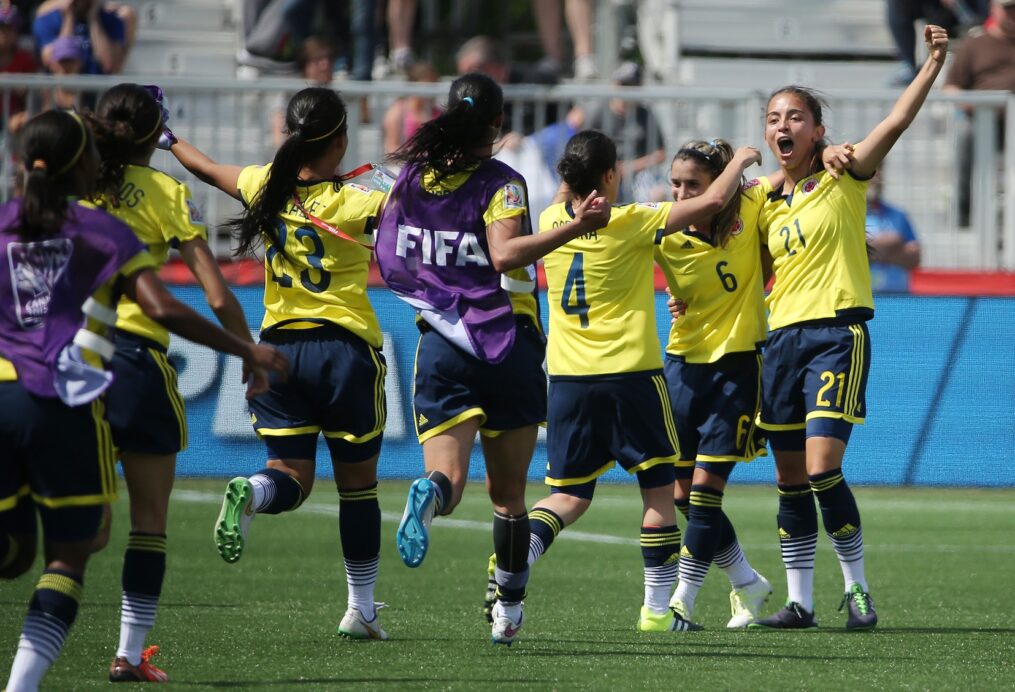 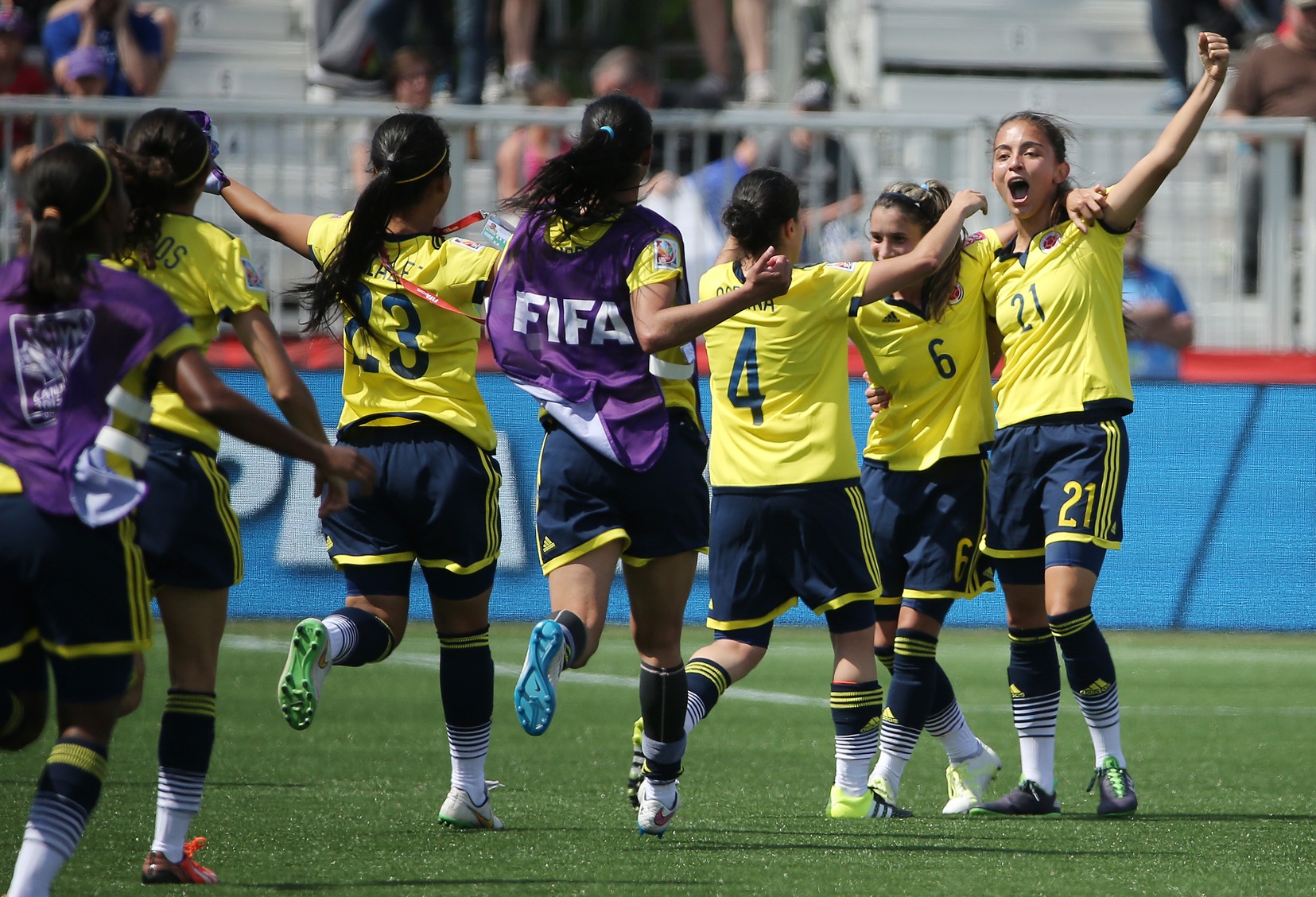 Two more days and plenty of matches are now in the books of the 2015 Women’s World Cup, with the first true upset of the tournament and an eleven-goal game making the headlines.

Colombia managed to come out of a dominant initial French effort, and two goals against the run of play helped the South American side pull out a 2-0 result.

Lady Andrade was on the receiving end of a lofted ball in the 19th minute to slot a goal past the French goalkeeper.

In the second half, the play belonged to the Colombians. On a stoppage time counterattack, the South Americans were rewarded for their efforts. Catalina Usme finished past Sarah Bouhaddi for the 2-o lead and the shock result.

Colombia now sit atop the group with four points, while France sits in second with three. On Wednesday, Colombia will face off against England while France takes on Mexico.

Here are the rest of the results from the past two days:

Andressa Alves may have needed two efforts to score for Brazil, but it was the only goal they needed.

The striker first had her low, rolling shot cleared off the line by a Spain defender. Alves had an easy finish the second time around, putting the rebound into an empty net.

Now with six points, Brazil heads into its final group game against Costa Rica in the driver’s seat. Spain will have to build on its solitary point so far against South Korea in order to progress.

It took the second half of the second group game, but England finally found a way to goal.

Francesca Kirby and Karen Carney found the back of the net in the final 20 minutes in a 2-1 win for England against Mexico. The result puts the Lionesses even on points with France in Group F.

England turned up the pressure in the second half and got its reward in the 71st minute. Kirby brought down a pass in the middle of the box, side-stepped a few defenders and stretched to toe-poke the ball inside the left corner for a 1-0 lead.

Carney doubled the advantage in the 82nd minute, flying in ahead of her marker to head the ball home. A late strike from Fabiola Ibarra, who only entered the game a minute earlier, put Mexico on the board in the 90th minute.

England will try to derail the Colombia train in their final group match, while France will try to respond against Mexico on Wednesday.

Kyah Simon scored both the goals in an important 2-0 win over Nigeria on Friday.

Australia’s captain in Lisa De Vanna put together an outstanding run through the African side to set up Simon’s first in the 29th minute.

Samantha Kerr assisted Australia and Simon’s second goal in the 68th minute with a lofted cross into the box.

The result for Australia sets the team up for a chance to remain in second place in the group and advance to the Round of 16, if it can secure a result against Sweden in the final match.

Nigeria, however, is realistically out of the competition. The African side would need an unexpected win against the U.S. women on Tuesday to advance.

The Swiss women put together a ridiculous victory over a weak Ecuador side on Friday afternoon, setting multiple records along the way.

The 10-1 victory equalled the highest amount of goals in a Women’s World Cup match, and Fabienne Humm scored herself a five minute hat trick for the fastest in the tournament’s history.

Ramona Bachmann also scored three for Switzerland, while Martina Moser and Eseosa Aigbogun also got on the board.

Ecuador’s Angie Ponce scored the team’s first ever Women’s World Cup goal, but also put two in her own net against the dominant European side.

Switzerland now sit in second with three points, while Ecuador is last in the group with zero points a negative goal differential of 15. The Swiss will face Cameroon on Tuesday as Ecuador face reigning champions Japan.

JAPAN DEFEATS CAMEROON, QUALIFIES FOR ROUND OF 16

Japan became the first team to qualify for the next round on Friday with an important 2-1 victory over Cameroon.

The 2011 World Cup champions got on the board in the sixth minute, as a Nahomi Kawasumi cross made its way through the box and found the outstretched foot of Aya Sameshima.

Just eleven minutes later, an Aya Miyama corner kick was met by the head of Yuiki Sugasawa as the Japanese took a 2-0 lead.

Cameroon netted a late consolation goal from Ajara Nchout in the 90th minute, but Japan was resilient in maintaining a lead. The nice goal came from a fantastic long that found Nchout, whose near-post shot beat the Japanese goalkeeper.

Japan sits atop the group with six points, with only a match against minnows Ecuador left to play. Cameroon will face Switzerland, with the chance to advance to the next round with a win.