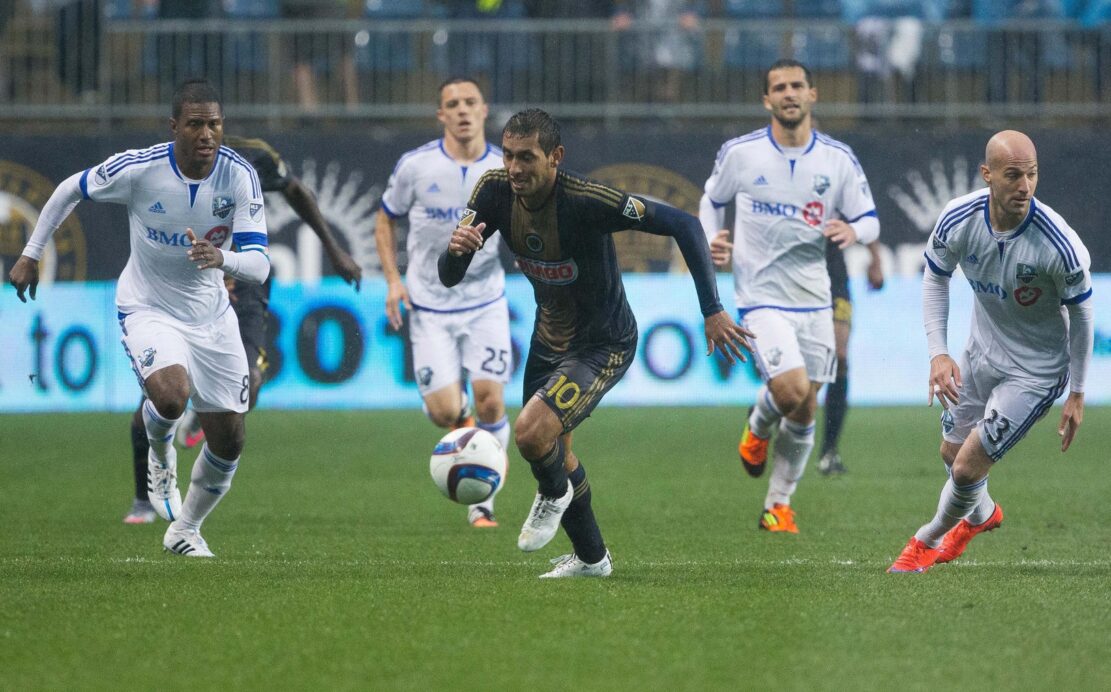 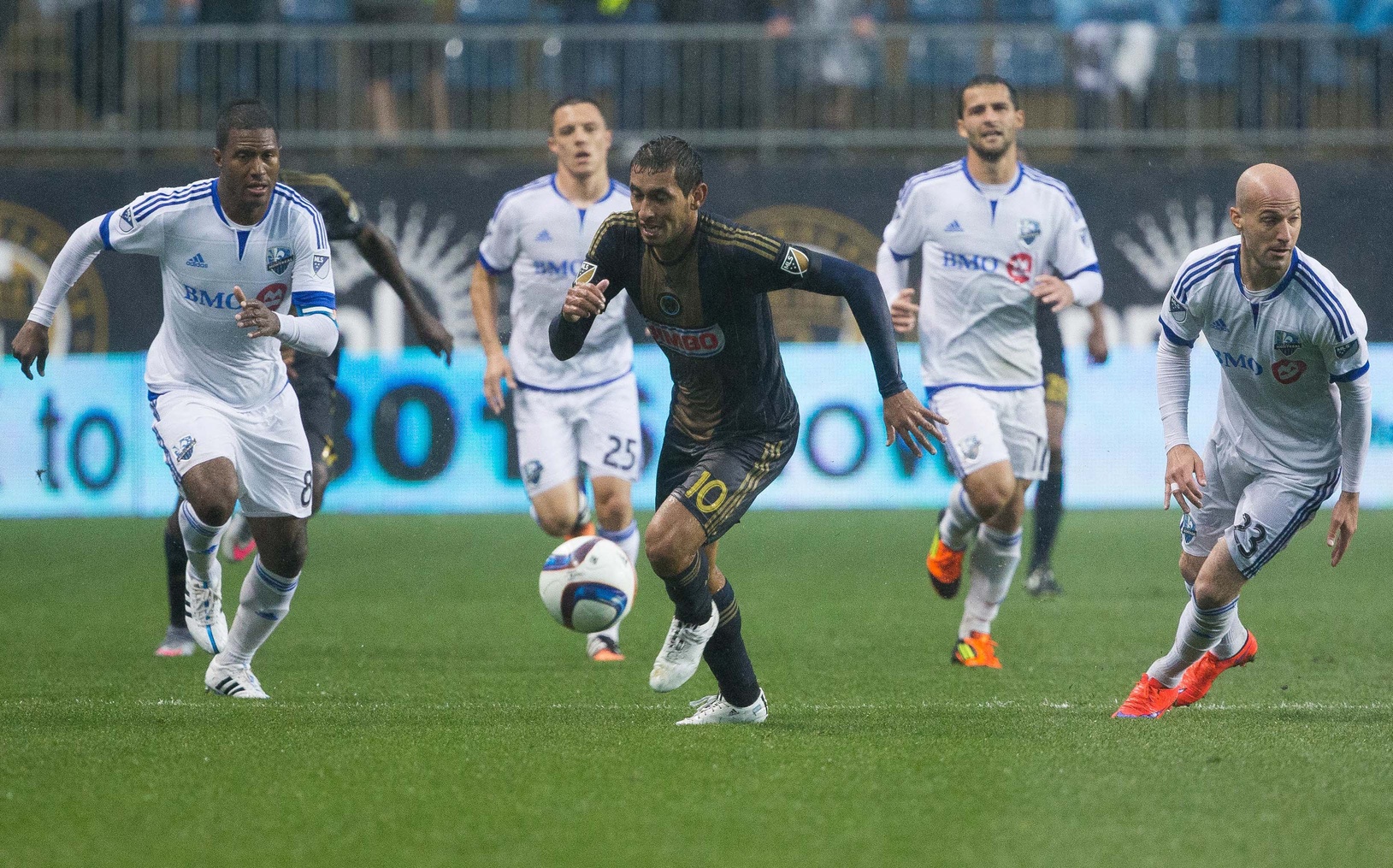 Rain and red cards transformed the Philadelphia Union’s game against the Montreal Impact into a crazy evening.

It ended in a 2-2 tie, though both teams had guilt-edged chances to take all three points at a soggy PPL Park. Each team had to come back to produce the result, and both ended the game with 10 men.

A wet pitch is at least partially to blame for that, though it caused no shortage of goals. Eric Ayuk opened the scoring with a thunderous effort inside 10 minutes, before Ignacio Piatti and Jack McInerney hit back for the Impact.

Patrice Bernier earned his second yellow card of the night to hand the Union a brief man advantage, something they used to produce the equalizer through Maurice Edu in the 76th minute. When Ayuk went off a few minutes later, it ultimately led to an even contest.

The rain certainly played a part in keeping things level. First, Piatti slipped with the goal wide open and whiffed on a shot that would’ve give the Impact the lead with about 10 minutes remaining. Moments later, Edu just missed out on a ball flicked on by Sapong at the other end.

If only Zach Pfeffer could have the 53rd minute back, the Union might have been celebrating. The young American snuck behind Ambroise Ayongo to connect with Cristian Maidana’s cross to the left post, but his touch was only enough to guide the ball inches wide.

Battling sloppy conditions, both teams struggled to put a lethal touch to finish attacks. The two shots that were on target in the opening 45 minutes, however, turned into goals.

Ayuk put the Union ahead during their only dominant spell of the game in the first 10 minutes. Maidana turned toward the goal area from the right, chipping a ball into C.J. Sapong who laid a bouncing ball off to the Cameroonian attacker.

With one touch, Ayuk blasted a shot into the far side for the early lead. It helped prevent the game from becoming an exclusive battle in the midfield.

The Impact answered through a brilliant solo effort by Piatti. After winning the ball in the midfield, Montreal quickly put the ball at his feet. The Argentine shimmied around a group of defenders before curling a strike beyond Brian Sylvestre’s reach and into the net.

Bernier’s second yellow card in the 68th minute looked to hand the advantage to the Union, but it’s not much of an upper-hand if the ball is given away at midfield. McInerney took full advantage, maneuvering around Richie Marquez before firing near post for a 2-1 lead against his former team.

On cue, the rain began pouring down at PPL again. This time, however, it didn’t seem to hinder the Union as they found an equalizer minutes later. A corner kick rebounded straight to left-back Fabinho, who fired in a low shot that was saved by Evan Bush.

Edu was there for the rebound and equalized. Shortly thereafter, the Union was even with the Impact on numbers, with Ayuk earning a second yellow for a lunging challenge at midfield.

After two big misses, the game ended all square. The Impact return home for July 4 to face New York City FC, while the Union face D.C. United in the U.S. Open Cup on Tuesday before they get Independence Day off.