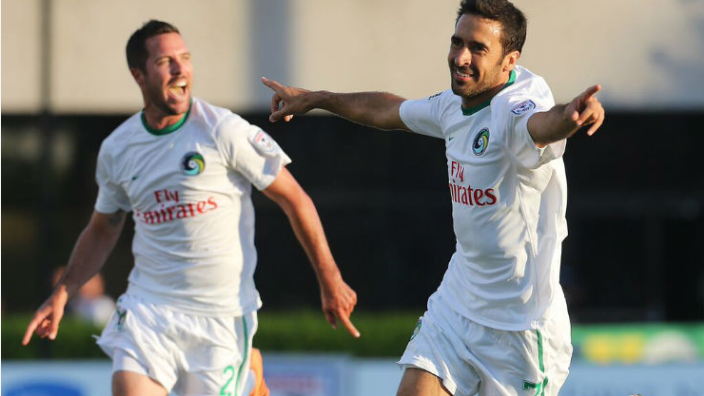 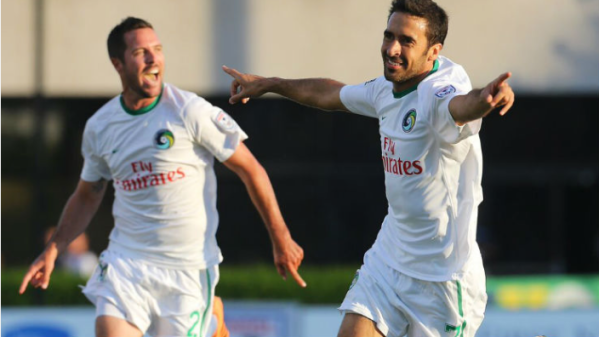 The New York Cosmos have been the class of the NASL throughout the spring season, and now they have the silverware to show for it.

The  Cosmos cruised through all ten of their spring matches unbeaten, and defeated second-place finisher Tampa Bay Rowdies mid-season to remove any doubt about which team was the best in the league.

The Cosmos topped off their strong Spring campaign on Saturday with a wild 3-3 draw vs. Jacksonville Armada FC, who performed admirably not only in Saturday’s clash but throughout its inaugural campaign.

Meanwhile, the Tampa Bay Rowdies finish in second place on the spring table, a position not many saw the Rowdies ending up in after their offseason overhaul. Yet, the Rowdies pulled out important wins throughout the season, including a dominant 3-0 result vs. the Atlanta Silverbacks Saturday night.

The Carolina RailHawks were the only NASL team inactive in Week 11, as they’d already finished their spring, and with the weekend’s results, the RailHawks finish in third place just ahead of Minnesota United FC.

Check out how all of the Week 11 action played out below:

Despite not getting a win in a wild 3-3 affair with Jacksonville Armada FC, the New York Cosmos are title winners once again.

As usual this spring, Spanish star Raul was the one creating things on the offensive for the New York Cosmos, and while Miguel Gallardo is credited with the own goal, Raul’s work forced the early lead in this one.

In the 26th minute, Hagop Chirishian would add to the Cosmos’ advantage. However, Armada FC midfielder Pascal Millien didn’t want to let New York have all of the fun in the final day of NASL spring contests, as he bagged a brace in the second half.

Lucky Mkosana seemed to have found the winner in the 86th, but yet again, Armada FC remained resilient, and Joseph Toby was the thorn in the Cosmos’ back, answering two minutes later.

With the 3-3 draw, Jacksonville finish with 12 points in the spring, and the Cosmos will now hold a spot in the end-of-the-year NASL playoffs.

Two identical free kicks and a penalty conversion were enough to undo the Atlanta Silverbacks at Al Lang Stadium, as the Tampa Bay Rowdies finish their impressive campaign with a 3-0 win at home.

Typically the assist-man, Georgi Hristov stepped up to the spot late on in the match and buried the Rowdies’ third of the night.

With the loss, the Silverbacks finish the Spring Season in last place on the table. The Rowdies finish with 19 points, one behind the Cosmos.

Indy Eleven gave all 10,202 fans something to enjoy to close out its Spring Season campaign after taking down FC Edmonton, 3-0.

The Eddies have not been the strongest defensively in the spring, and it showed in their matchup with Indy.

However unlike all season, FC Edmonton wasn’t able to create offensively as well. With dynamic midfielder Lance Laing away representing Jamaica in the 2015 Copa America, FC Edmonton had issues creating going forward. Indy held them scoreless, a feat only one other team accomplished in the spring.

Brian Brown and Dylan Mares were the duo who lead Indy in their win over Edmonton, while Duke Lacroix also added a goal of his own to close out the team’s spring.

In his farewell match with Minnesota United FC, U.S. Men’s National Team midfielder Miguel Ibarra put in a goal from the penalty spot, but his effort wasn’t enough, as the Fort Lauderdale Strikers fought back late to win 3-2.

Stefano Pinho put the visitors up within three minutes of play, but the Loons rallied and scored two goals in the first half to give the hosts the advantage before the break. Ibarra netted his chance from the spot in the 18th minute, and Aaron Pitchkolan added his 20 minutes later.

However, the battle was won in the second half. Strikers forward Jose Angulo rose high to head home the 2-2 equalizer in the 78th minute, and three minutes later Pinho was there again to beat goalkeeper Mitch Hildebrandt for the game-winner.

The Strikers finish the spring with 11 points, while the Loons end their campaign in fourth place with 14.

After a slow first half, things picked up a bit when Billy Forbes combined with Cesar Elizondo in the 72nd minute for the Scorpions, but the latter’s effort wasn’t enough. Fury FC had a tough time creating chances all match and with the scoreless result, Fury FC finish with 11 points on the year, one behind the Scorpions.