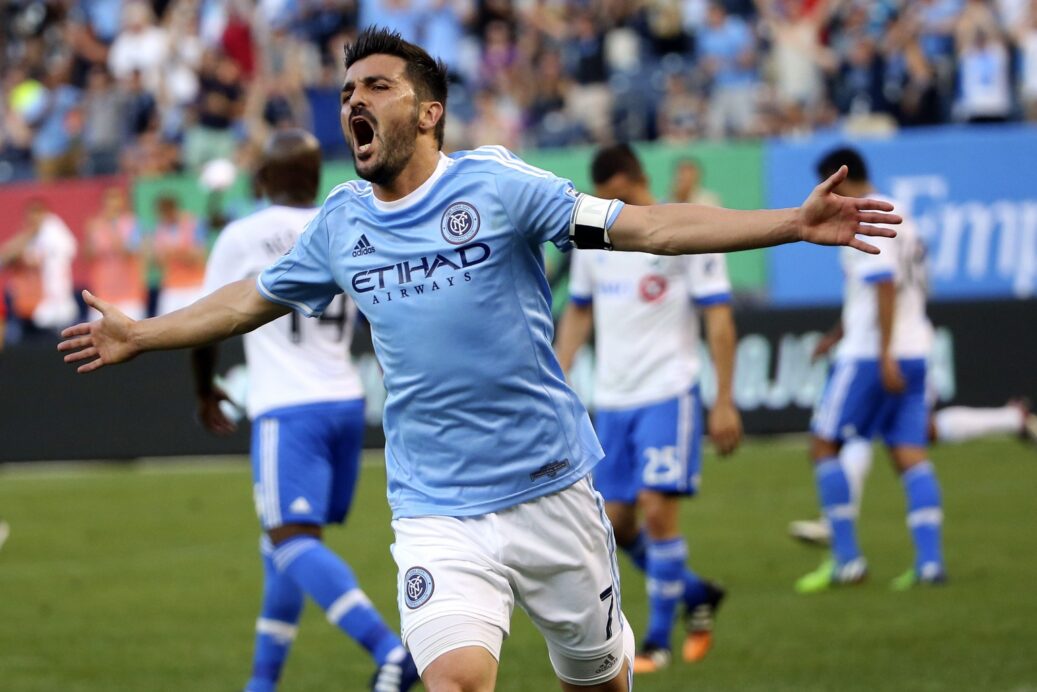 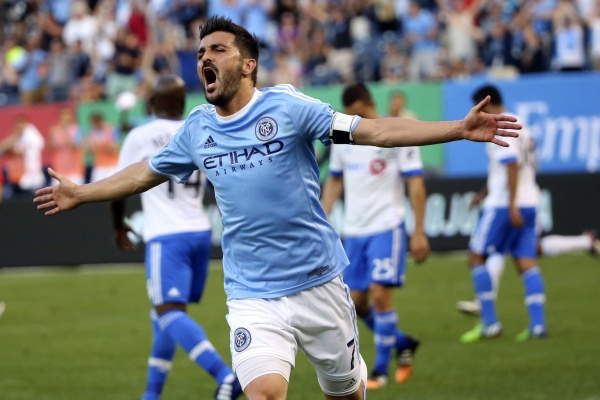 Led by finishes from David Villa, Mix Diskerud and Kwadwo Poku, NYCFC claimed the team’s second straight win with a 3-1 defeat of the Montreal Impact Saturday night at Yankee Stadium. The victory comes just one week after NYCFC topped the Philadelphia Union for the team’s second victory of its inaugural season.

“I’m very, very pleased,” said head coach Jason Kreis, “Really, really happy for the guys because, as I’ve said time and time again, they continued to endure, continued to work hard, continued to stay together. I’m really pleased that tonight you see a little bit of a culmination of that…To get our second win in a row is really important for this group.”

After missing the game’s first major chance in the 11th minute, Villa responded by giving the hosts the lead on what might have been NYCFC’s most pinpoint sequence of a difficult season.

Villa’s tally came in the 31st minute and was kickstarted by Tommy MacNamara, who was in the lineup for the second straight week. The midfielder’s ball to forward Patrick Mullins was flicked on to Mehdi Ballouchy, who slid a pass into the path of the onrushing Villa for a first-time finish.

“An impressive, impressive goal,” Kreis added. “We had created a couple of chances before that which were really quite nice chances, but at the end of it all, the number of chances we created and the way we created those chances was a glimpse of what we were after.”

Diskerud, a substitute following his goal-scoring performance against Germany earlier this week, found the back of the net in the 76th minute following a brilliant series of play from fellow sub Kwadwo Poku.

After winning the ball deep in the Impact’s half, Poku maintained posession before sliding a pass across the box and onto the feet of Diskerud. The U.S. Men’s National Team midfielder took a touch before ripping a shot past goalkeeper Evan Bush.

Things got a bit nervy for NYCFC in the 89th minute due to a finish from Wandrille Lefevre, but the hosts did just enough to steady the ship and hang on through the game’s waning moments thanks to Poku.

The game-sealer came on an assist from Villa, whose cross deflected off of a defender and straight into the path of Poku. He tapped in at the backpost to seal the two-goal win.

Despite seeing a relatively strong defensive performance early on, the Impact were unlucky not to be opened up again in the 51st minute, as an R.J. Allen tackle in the midfield provided loads of space for the NYCFC fullback. Allen’s ensuing cross was played right into the path of Mullins, but the forward’s sliding effort went just wide.

The trio of NYCFC finishes proved to be more than enough, however, en route to the team’s second home victory of the season.

“It’s all about confidence,” Kreis said, “I said it last week that that wasn’t the prettiest of games against Philadelphia, but it was extremely important that we finally got a win. With this week in training, I felt that this giant-sized gorilla had been lifted off of everybody’s shoulders, and we were able, for the first time since the second game of the year, to work in a positive and correct way.

Following the win, NYCFC faces a double gameweek, starting with a trip across the city to take on the New York Cosmos on Wednesday in U.S. Open Cup action. In MLS play, NYCFC  returns to the field June 20 against Toronto FC, while the Impact look to bounce back in a home matchup against Orlando City that same day.