Red Bulls overwhelm Silverbacks to advance to fifth round of U.S. Open Cup 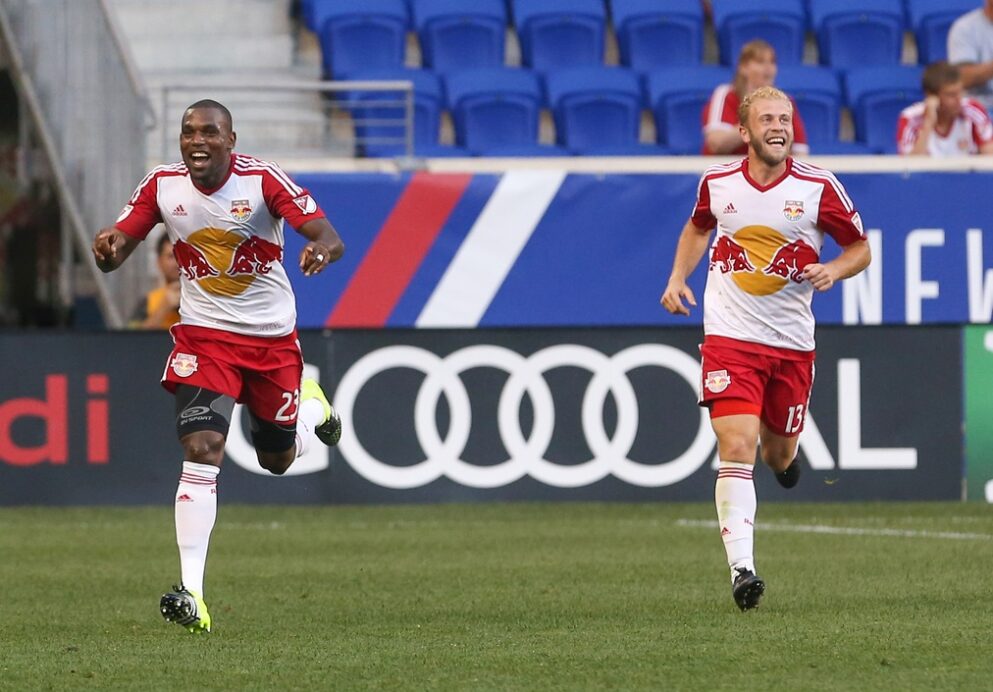 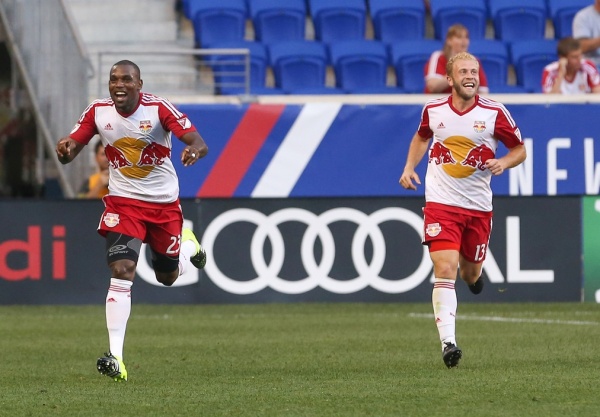 Fielding a lineup featuring many of the team’s regulars, the New York Red Bulls made easy work of their first U.S. Open Cup action of the season.

Led by a pair of goals in quick succession early in the first half from Lloyd Sam and Ronald Zubar, the New York Red Bulls toppled the visiting Atlanta Silverbacks, 3-0, on Tuesday at Red Bull Arena.

“We’re taking this tournament as serious as any match we play all year,” said head coach Jesse Marsch after the win. “We’re going to find way to put good lineups on the field. We’re not sure who we’ll draw next and there’s a good chance it will be an MLS team, but even if it’s not, we’ll take it as if it’s one step closer to winning a championship.

“I thought from the first minute we commanded the game, and obviously you look at the selections and say ‘that’s our first group,’ but whoever’s on the field for these games, we’re going to put forth our best effort because that’s who we are as a team and because we’re taking this tournament seriously and we want to win the U.S. Open Cup, period.”

It took just seven minutes for the Red Bulls to earn the advantage through Sam, who ended up leaving the game with an injury just 16 minutes after his opener.

Following a long ball from Dax McCarty, Bradley Wright-Phillips was given far too much space by the Silverbacks backline, allowing the Red Bulls forward to square a pass to Sam. The winger proceeded to smash a shot first time, leaving goalkeeper Steward Ceus helpless.

Zubar doubled the Red Bulls advantage just eight minutes later, pouncing on a loose ball off of a Red Bulls corner in the 15th minute to make it 2-0.

Following a Ceus save on a shot from Sacha Kljestan, Zubar jumped in on the back post, smashing home for the Red Bulls’ second finish in quick succession.

“It was good to see the guys execute the play,” Marsch said. “We’re trying to find ways of mixing up being a little more creative to free up some guys that we know are good around the goal with good deliveries and good runs. Obviously, that play was executed well and it wound up in a good goal.”

The goal was Zubar’s first for the club in what was the centerback’s first appearance since the Red Bulls’ opening game against Sporting KC.

Substitute Sean Davis locked up the victory for the Red Bulls in the 70th minute, as the hosts once again opened up the Silverbacks defense with a well-worked passing sequence that was curled home by Davis.

Wright-Phillips helped play provider once again, as the Red Bull forward played in Mike Grella near the top of the Silverbacks’ box. Grella centered a pass to Davis, who curled his shot past Ceus to push the lead to 3-0.

All three goals were highly deserved for a Red Bulls side that proved dominant throughout the match. Utilizing a majority of the team’s starters as well as the team’s patented high press, the Red Bulls maintained a bulk of possession while forcing numerous opportunities on the attacking end.

As for the Silverbacks, head coach Gary Smith was quick to point out how quick the gameplan turned sour as a result of the opening goals. With two games in quick succession, Smith was hoping to navigate the opening moments, which proved to be the team’s undoing, although the Englishman did say he was impressed with his team’s efforts to battle back as the game wore on.

“The opening 15-20 minutes was really where we got beat,” Smith said. “The second period, I couldn’t really fault the guys. We certainly were a bit more of a goal threat. In the first half, not at all, which was a worry, but in the second period, we made a game of it.

“Looking back on that second period all of our issues in the last 10 games in the league were laid bare, which is that we get into some encouraging spots and unfortunately don’t have the caliber in front of goal that is neccesary.”

The lone low-point for the Red Bulls came via Sam’s injury, as the midfielder left in the 23rd minute with injuries to his groin and ankle. Marsch said after the game that he believes that the injury to Sam is not too serious, but well assess the midfielder’s status for this weekend in the coming days.

“This is part of our world,” Marsch said. “We think that Lloyd will be fine, we think it’s a minor injury, but we’ll continue to adjust it day-to-day here as we go. We’re hopeful that he’ll be able to recover and hopefully be ready for Saturday.”

With the victory, the Red Bulls advance to the fifth round of the U.S. Open Cup, which is set to be held on June 30 and July 1 with the draw set for June 18.

The Red Bulls return to action Saturday at Red Bull Arena for an interconference matchup with the Vancouver Whitecaps.