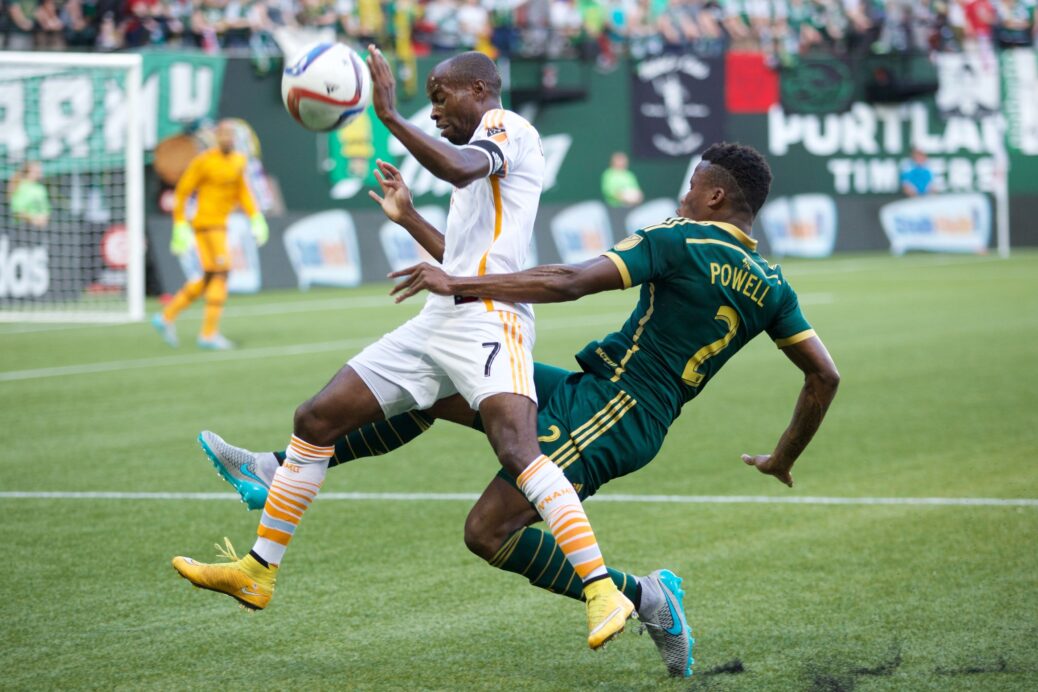 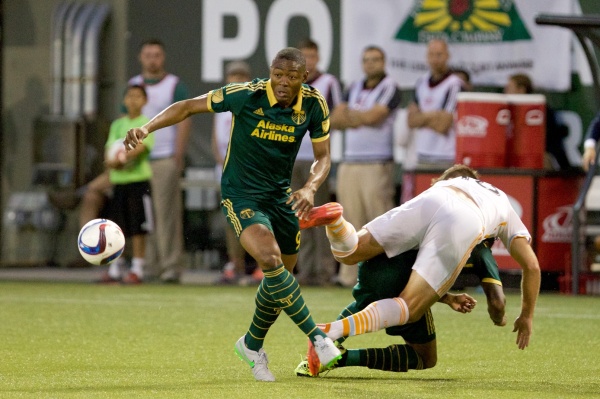 As summer starts to head up, so are the Portland Timbers.

A Max Urruti goal in the first half, and Gaston Fernandez penalty kick in the second half to a 2-0 victory against the Houston Dynamo at Providence Park on Saturday.The win, the team’s fourth straight, moved the Timbers into third place in the Western Conference, with Caleb Porter’s defense posting its third shutout in four matches.

Urruti put the Timbers in front in the 34th minute, heading in a free kick from the left to end the first half on a high note. The home side rode that momentum in the second half, capitalizing through a Fernandez penalty kick.

After a rough-and-tumble U.S. Open Cup game against the Seattle Sounders earlier in the week, the Timbers endured another evening of aggressive play. A combined 29 fouls were committed throughout the match, and the Dynamo threw players forward late to apply heavy pressure.

The visitors were only able to put a single shot on target, while three shots were blocked. They also had to endure a pair of decisions that didn’t go their way, but had a major impact on the result.

The Dynamo thought they had the lead in the 16th minute when Raul Rodriguez headed in a corner kick, completely unmarked. He was so free in the box because Ricardo Clark blocked off Jorge Villafana from marking the defender, a move the referee deemed illegal to give the Timbers a free kick instead.

It was a somewhat controversial call, but it became even more crucial later. Again in the middle of things, Villafana curled in a free kick from the left onto the head of Urruti. The Argentine forward guided his shot inside the far post for a 1-0 lead as the Timbers kicked things up a notch.

The Dynamo spent the next 10 minutes repelling Portland attacks, and Tyler Deric was called on to save them. Alvas Powell moved forward down the right and put in a cross, but it veered close enough to the Dynamo net to cause issues.

Deric threw up a hopeful palm, and it was enough to deflect the ball away.

The Timbers continued to push forward, and in the 60th minute they were rewarded once again. David Horst was called for hauling down Norberto Paparatto in the box, a penalty strongly contested by the Dynamo. It did nothing to disrupt Fernandez, who sent the spot kick into the upper right-hand corner for a 2-0 lead.

Houston’s best chance to answer came with about 10 minutes left. Somehow a pass in from the left made it past three Timbers defenders and fell to second half substitute Alex inside the goal area, but he was unable to get off a solid shot.

Minutes later, DaMarcus Beasley raced in behind the Timbers defense to latch onto a through ball, but his sliding shot sailed well high of the Timbers goal. Clark later nearly had a spectacular goal, juggling the ball inside the penalty area before trying an overhead kick as he was falling down. The shot bounced off of the cross bar, much to the relief of Timbers goalkeeper Adam Kwarasey.

A tough test on the road against the Los Angeles Galaxy next awaits the Timbers on Wednesday. The Dynamo next face rivals FC Dallas on Friday.