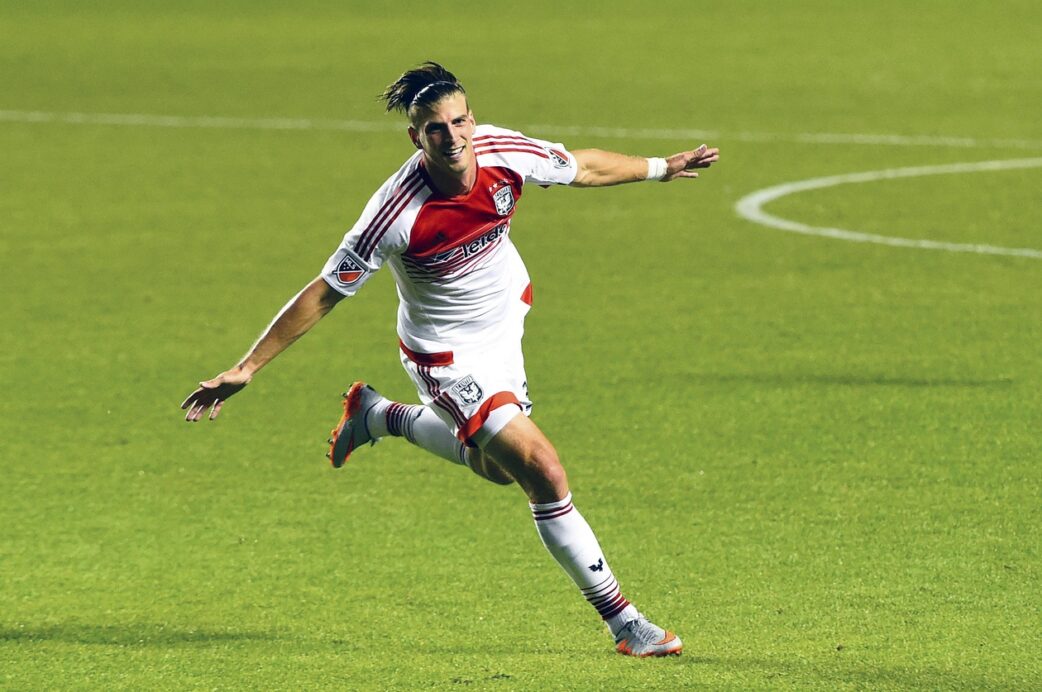 D.C. United’s run of impressive form late in their games continued as they defeated Chicago Fire, 1-0, at Toyota Park on Wednesday.

The Fire started the game positively, with most of the possession and a few chances, but seemed unable to find that final ball. A bullet of a strike by United’s Conor Doyle in the second half was all that could beat Sean Johnson, who was arguably the Fire’s best player.

In the 73rd minute, after a foul by the Fire, Doyle played a free kick into the Fire’s box, and after the ball bounced around, Chicago were able to clear their lines, but only just, as the ball came out to Doyle who unleashed an absolutely vicious strike (which took a minor deflection) from about 25 yards out that crashed into Johnson’s upper-right-hand corner.

Doyle’s goal is the 15th out of D.C.’s 23 goals this season to be scored after the 60th minute, and United are starting to gain a reputation as a team who are dangerous late in games.

The Fire’s attack looked decisively impotent, and D.C. United’s defense had little trouble keeping the clean sheet. Attacking midfielder/forward Harry Shipp had to play out on the right wing (he prefers to play centrally) and wasn’t really able to assert himself in the game as he is known to. Forward Kennedy Igboananike made some good runs forward, but his touches near DC’s goal were lacking.

After a couple chances for D.C. early on, which Johnson saved well, the Fire took control of the game, putting some pressure on the D.C. defense and seeing most of the ball in the first half. However, The Fire’s passing in the final third was off on the night, and their crosses and final balls seemed to always avoid the man they were meant to find.

D.C. United could’ve easily had another goal as well, when Bobby Boswell headed a free kick in the 50th minute towards goal, but Johnson got down well to make a fantastic save to keep the stalemate.

A bright spot for the Fire was forward Mike Magee, who came on for Chris Ritter in the 74th minute. Magee had great movement both on and off the ball after coming on, but, like his teammates, he still wasn’t able to convert his chances or find the final pass.

The difference between the two teams is night and day, both in this game, and in the standings, as DC are still at the top of the Eastern Conference, while the Fire are at the bottom.

In their next game the Chicago Fire will play Houston Dynamo at the BBVA Compass Stadium, while D.C. United will play Toronto FC at BMO Field.