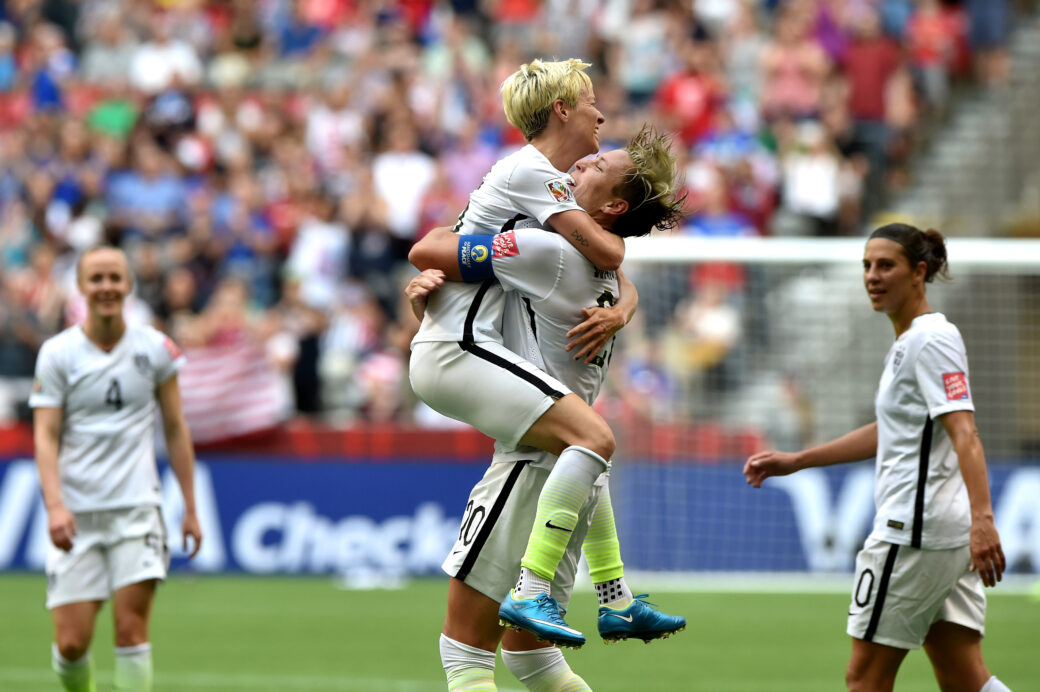 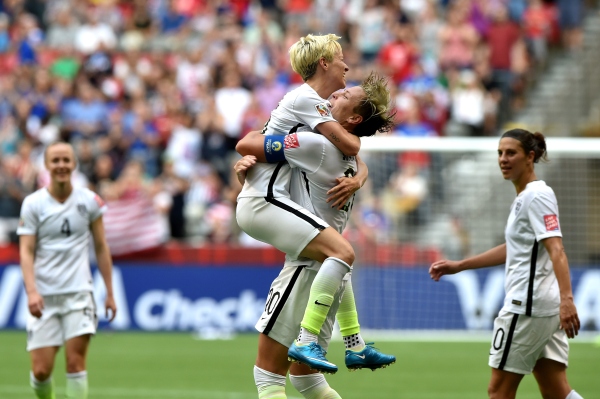 Much has been said in recent days about whether or not Abby Wambach is still serviceable as a starter, but the veteran forward showed on Tuesday that she is still capable of making a difference.

Wambach scored on a well-taken volley just before halftime to lift the U.S. Women’s National Team to a 1-0 victory over Nigeria in its Group D finale at BC Place in Vancouver. Wambach netted the lone goal with a flying effort following a corner kick from Megan Rapinoe, ensuring first place in Group D for the Americans.

Nigeria was forced to finish the match with 10 players. Sarah Nnodim drew her second yellow card in the 69th minute for a foul on Sydney Leroux, dwindling the Nigerians’ chances of finding the equalizer that would have given them a chance to avoid elimination.

The result combined with Sweden’s 1-1 draw with Australia in Edmonton sent the Nigerians crashing out of the tournament. Australia finished in second place in Group D with four points. The Swedes were right behind with three and now have to wait to see if they are one of the four best third-place teams in the tournament to reach the Round of 16.

The U.S. had the bulk of the scoring opportunities in the game, and an early goal from Julie Johnston was whistled back for offside despite replays showing that Johnston was not offside.

Megan Rapinoe, who was active and aggressive throughout her 74 minutes on the field, also tested Nigeria goalkeeper Precious Dede from distance on a couple of occasions in the first half.

Nigeri’s best scoring chance came in the 24th minute when Asisat Oshoala raced in behind the U.S. defense and onto a perfectly-placed through-pass. Oshoala wound up to fire a shot at U.S. goalkeeper Hope Solo from close range, but Johnston pulled off a last-ditch sliding tackle to block the effort and send it out for a corner kick.

While the Americans showed improved play in the midfield than they had in their previous two games, the Americans found the breakthrough off a set piece. Rapinoe unleashed a driven corner kick to the far post, and Wambach made contact with a flying left-footed volley to push the ball home seconds before the halftime whistle was blown.

The U.S. continued to challenge Nigeria after the break. Earning her first start of the tournament, Alex Morgan nearly made it 2-0 minutes into the second half. Her lofted shot was not high enough to beat Dede, however.

Morgan was also denied well by Dede in the 63rd minute. Ali Krieger hit a great low cross to Morgan at the far post, but Dede cut off the angle well to make the save and keep Nigeria alive.

The Nigerians’ hopes took a big hit six minutes later, as Nnodim was sent off for taking down Leroux just before the penalty area.

The U.S., which finished group play with a 2-0-1 record, will now take on the third-place finisher of Group B, E, or F on Monday at Commonwealth Stadium in Edmonton.