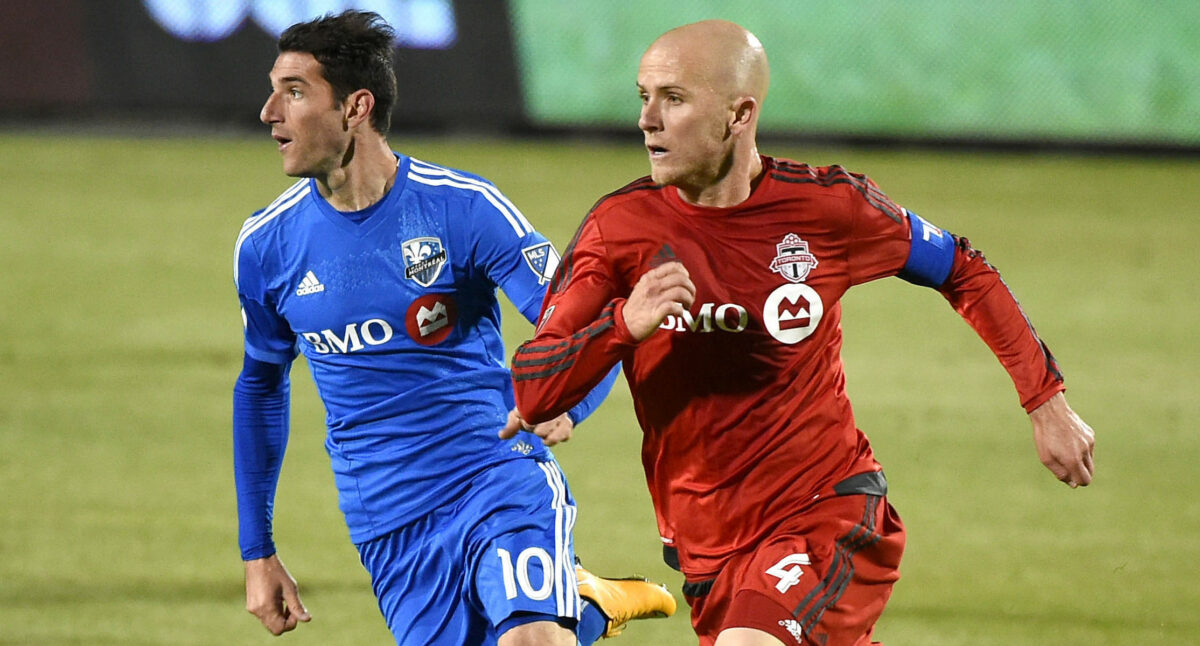 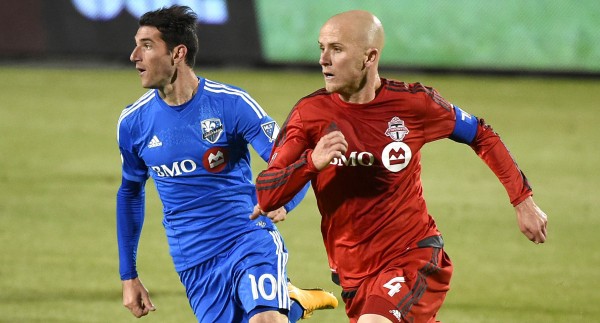 You better have a big appetite today if you’re an MLS fan. There are seven games on the docket.

A jampacked Week 17 in MLS begins with a loaded slate of Wednesday matches, one that includes a Canadian showdown between the Montreal Impact and Toronto FC. The two teams have already split their first two meetings of the year, but this match at BMO Field marks their first MLS encounter of 2015.

Another intriguing match-up will take place out west, as the resurgent Portland Timbers lock horns with the LA Galaxy and their explosive offense. The Galaxy are coming off a five-goal performance over the weekend, and will hope that the attack can continue to click as they host a Portland team that has given up just two goals in its last five matches.

Here is a closer look at all of Week 17’s Wednesday matches:

In a rematch of last year’s U.S. Open Cup final, the Philadelphia Union will welcome a Seattle Sounders team missing its two main scoring threats. Clint Dempsey is out for the game at PPL Park due to suspension and Obafemi Martins is also sidelined because of injury.

That might seem to bode well for the Union, but they are also dealing with health problems of their own in the attack. Fernando Aristeguieta, Sebastien Le Toux, and Conor Casey all are likely to miss the game, giving struggling Philadelphia a bigger hill to climb.

The Red Bulls have lost four straight games and are winless in five thanks in part to their sputtering attack. New York has scored just four goals during this recent poor stretch, and will be without two key offensive weapons in Sacha Kljestan (suspended) and Lloyd Sam (injury) when the club hosts Real Salt Lake.

Things do not appear as grim for RSL. While Real Salt Lake will also enter the match a bit shorthanded because of health problems, the Western Conference club should be full of confidence after picking up a home win over Sporting Kansas City on Sunday.

The Columbus Crew had the weekend off, so they will be one of few teams that is not facing a short turnaround. That’s good news for the Crew, who are on a winless run of six games and need to pick up three points at home in order to avoid falling further in the Eastern Conference standings.

The New England Revolution stand in Columbus’ way, but will need to quickly forget about this past Saturday’s defeat to D.C. United in order to have any shot at pulling out a result. The Revolution conceded twice in the final 20 minutes to waste their early lead at RFK Stadium, and are aiming to end this quick road trip with a bounce-back win.

Orlando City saw its five-match unbeaten run snapped at the hands of the Montreal Impact this past weekend, but Kaka and co. will attempt to rebound at home against a troubled Colorado Rapids side that has won twice all season.

Colorado will look to take the positives from their 1-1 home draw against FC Dallas over the weekend, but will need more offensive production from the likes of Kevin Doyle and Dillon Powers. The Rapids have scored just twice in their last four games, and need to improve in the final third if they wish to pull off the upset on Orlando.

The two Canadian sides are squaring off for the third time this year. Montreal and Toronto each recorded a win in their two-legged Canadian Championship series in May, but the Impact prevailed on aggregate due to the away-goals rule.

Toronto FC will have all of its top guns available for this one, including Jozy Altidore, and that should give them a good chance of picking up three points at home. Still, Montreal may be keen on getting physical with TFC playmaker Sebastian Giovinco after seeing him struggle in Toronto’s weekend loss to New York City FC.

In a battle of the best team in the Eastern Conference and the worst, D.C. United will try and avoid an upset loss to the lowly Fire. Chicago has just one win through 14 matches, but D.C. is still unlikely to overlook the Fire after seeing them take a 1-0 lead in their previous encounter earlier this month.

D.C. United wound up winning that game, 3-1, but that was in the friendly confines of RFK Stadium. This match will be played at Toyota Park, and D.C. knows it will need to be alert from the start, especially after conceding in the 10th minute of this past weekend’s 2-1 comeback win against the New England Revolution.

In one of the more intriguing matches of the entire round, the Timbers visit the Galaxy in a showdown of the third- and fourth-placed teams in the Western Conference. Portland is currently on a winning streak of four games, and has scored seven times during that stretch while conceding just once.

Something will have to give in this one, however. LA has netted a combined 11 times in its last two games across all competitions, and will try to keep that type of offensive output going at StubHub Center through the likes of Gyasi Zardes and Robbie Keane.