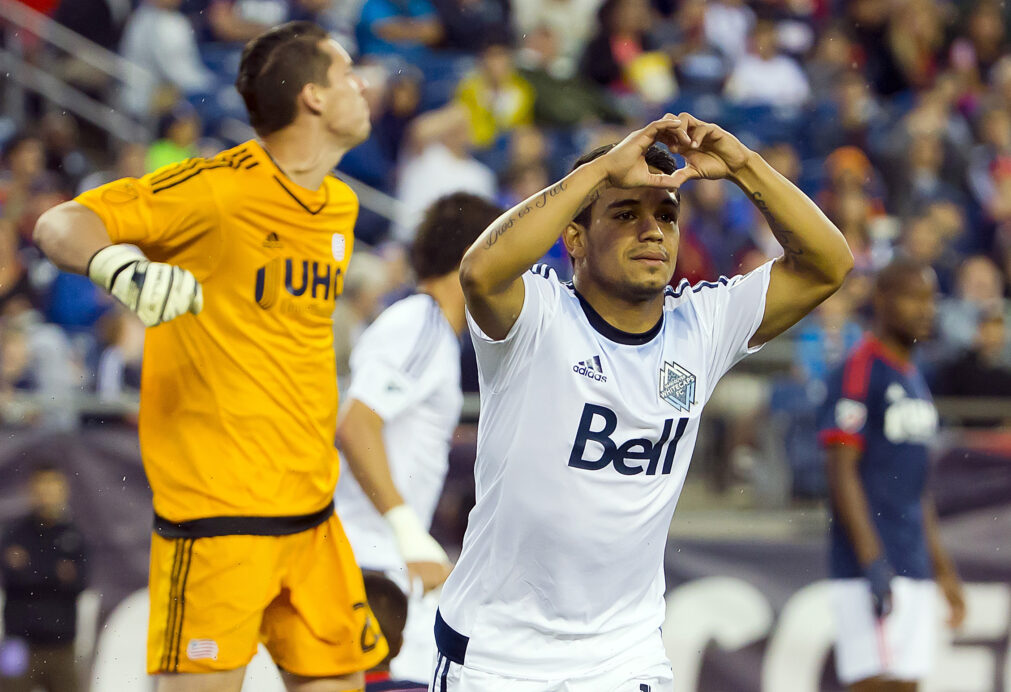 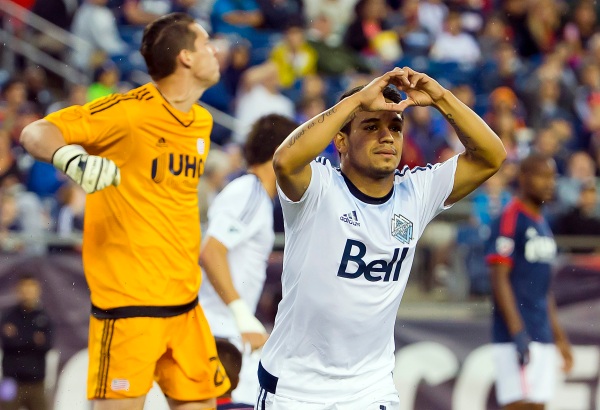 FOXBOROUGH, Mass. — The Vancouver Whitecaps have been one of the best road teams in MLS this season, and they took another victim on Saturday night at Gillette Stadium.

The Whitecaps scored twice in the opening 31 minutes to hand the New England Revolution their first home loss of the year, 2-1, also snapping the Revs MLS-best 17-game home unbeaten streak.

Uruguayan winger Christian Techera broke through for the opener in the 18th minute and also drew a penalty in the 29th minute that resulted in a straight red card for Revs center back Andrew Farrell, who was already on a yellow from referee Allen Chapman at the time.

Techera’s countryman Octavio Rivero finished straight ahead from the spot to make it a 2-0 lead, and the undermanned Revs (6-7-6) didn’t have enough firepower to come all the way back against the Whitecaps (10-6-2), who received a big performance from goalkeeper David Ousted (8 saves).

Revs winger Teal Bunbury worked hard on both ends and finally got his reward in the 84th minute on his fifth shot of the game, finishing from 10 yards out after Kelyn Rowe headed down a free kick sent in by Chris Tierney.

The Whitecaps head to Colorado next weekend for yet another road game, looking for their fourth straight road win. New England is back in action on Saturday away to FC Dallas.

The victory puts Vancouver in sole possession of first place in the Western Conference — at least temporarily — with 32 points, although Seattle could tie them again with a win on Sunday.

Meanwhile, the Revs have won only one of their past 10 games, playing without Jermaine Jones for the last five of those.