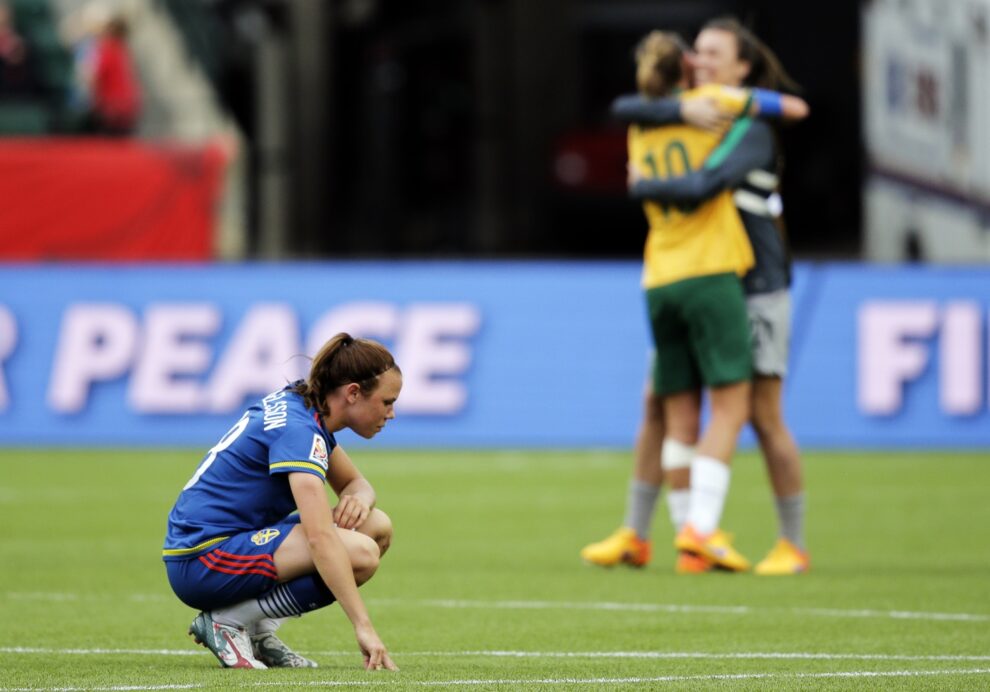 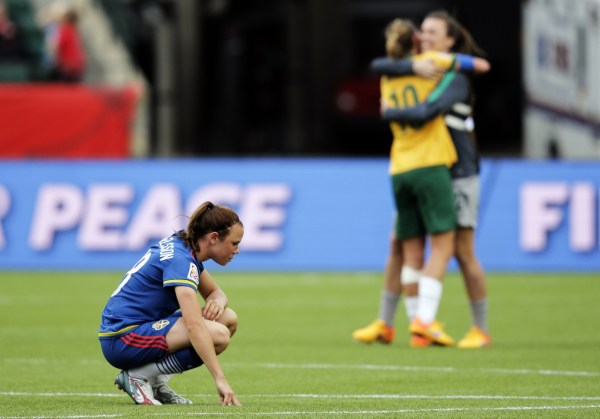 Sweden finished the group stages of the Women’s World Cup unbeaten, but as of now, the No. 5-ranked team is in danger of missing out on the knockout rounds.

The Swedes picked up their third straight draw on Tuesday night in Edmonton, this time a 1-1 result against Australia. That’s left them sitting on three points and in Group D’s third position, which does not assure a spot in the Round of 16.

The Matildas opened the scoring just five minutes in on Tuesday, when Lisa De Vanna broke through the Swedish defense and put a left-footed shot into the bottom corner of the net.

Ten minutes later, Sofia Jakobsson equalized with a shot from just outside the penalty area. But Sweden was unable to break the deadlock over the final 75 minutes, leaving it in limbo entering Wednesday’s conclusion of group play.

A Brazil win over Costa Rica, a scoreless tie between the two or a Colombia win over England would all see Sweden advance. If Brazil and Costa Rica were to draw 1-1, Costa Rica and Sweden could have their fates decided by a drawing of lots.

In any case, should Sweden advance, it would face top-ranked Germany in the Round of 16.

For Australia, the draw was enough to lock up second place and a berth in the next round. The Matildas will square off against Brazil on Sunday.

Here is a closer look at the rest of Tuesday’s results:

With a win over Ecuador in Winnipeg on Tuesday, Japan became the first team to win all three of its group-stage matches.

Though the defending World Cup winners went unblemished in the opening round, they won all three matches by narrow 1-0 scorelines. Tuesday’s goal came from Yuki Ogimi, who found the back of the net off a deflection and the crossbar in the 54th minute.

Odds are that Japan will face the Netherlands in the Round of 16, but Colombia, England or France could all potentially fall into that slot.

For Ecuador, the World Cup comes to an end after a difficult group stage that saw three defeats by an aggregate 17-1 margin.

Cameroon didn’t want its first-ever trip to the Women’s World Cup to end.

The African side trailed 1-0 at halftime after Switzerland’s Ana Maria Crnogorcevic scored in the 24th minute. But the second half was a different story, as the Cameroonians tied the match on a Gabrielle Onguene strike just two minutes after the break and substitute Madeleine Ngono Mani netted the winner in the 62nd minute.

As a result, Cameroon finished second in Group C on six points and will face China on Saturday in the Round of 16.

Despite the loss, Switzerland also secured advancement as the third-place team and will match up against host Canada in the knockout rounds.

What did you think of Tuesday’s matches? Which teams impressed you?