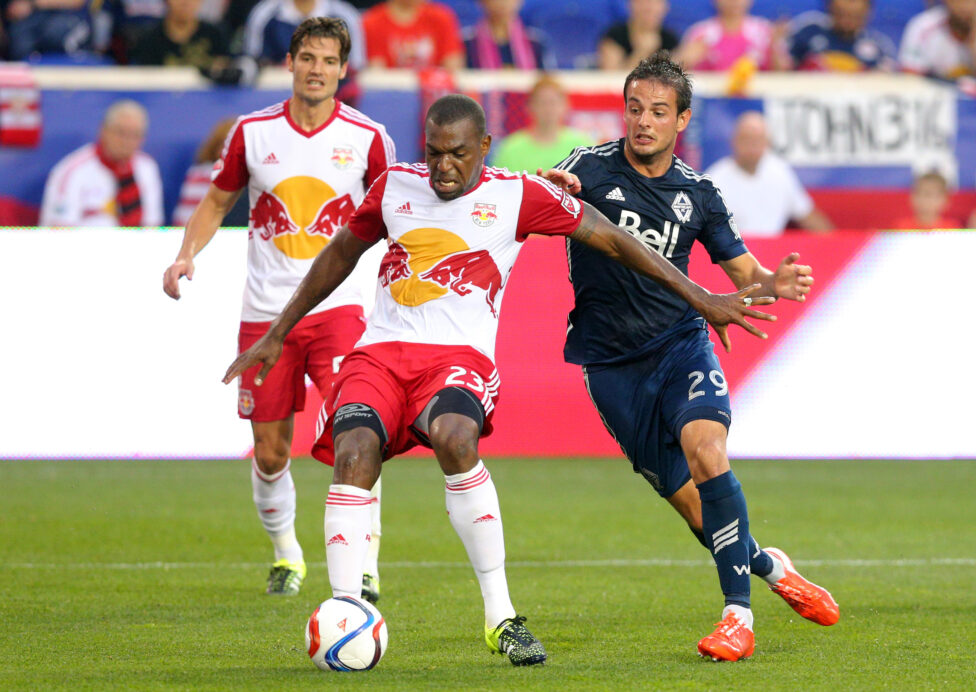 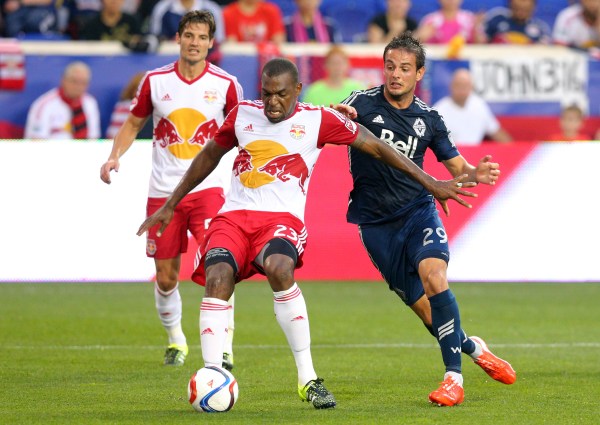 HARRISON, N.J. — The New York Red Bulls snapped a four-game losing streak with a shutout win on Wednesday, but that is not stopping head coach Jesse Marsch from making a change to his back line for Sunday’s scintillating rivalry game vs. New York City FC.

Ronald Zubar, the offseason acquisition that has been sidelined for much of the season, will get the nod at centerback at Yankee Stadium. Damien Perrinelle and Matt Miazga were given the nod in the heart of the Red Bulls’ defense in Wednesday’s 1-0 win over Real Salt Lake, but one of them will make way for the 29-year-old Frenchman that has only recently returned to playing after a lengthy injury layoff.

“Ronald’s a 90-minute player at this point,” said Marsch on Friday. “We’re starting him on Sunday and he should be ready to go and I think he’ll be a big piece for us. Not just soccer-wise, but mentality-wise and leadership-wise, so it’ll be good to get him going.”

Zubar, who is seen as a first-choice centerback by the club, has been limited to just two appearances in his inaugural MLS campaign. He started the season opener against Sporting Kansas City, but suffered a hamstring injury that proved problematic and cost him almost four months of playing time.

The Red Bulls have been cautious in reintroducing Zubar into the fold. They have slowly increased his workload, starting and playing him 45 minutes in a U.S. Open Cup game on June 16 before giving him 68 minutes four days later in a loss to the Vancouver Whitecaps.

Zubar now seems likely to go the distance on Sunday against David Villa and NYCFC, something the Red Bulls defender is more than excited about after months of spectating.

“To be honest, I don’t want to talk about it because I was in a tough, tough moment,” Zubar told SBI. “You can ask my wife. That wasn’t easy for her, too, because you get so frustrated. You feel sometimes really close and then you (start) again from the bottom, so you have to come back and be strong in your head.

“I will always always be strong in my head, never give up, and thanks to the medical staff for the jobs they do and my wife and my kids. Trust me, it’s not easy to support me when you’re at home all the time.”

SAM LIKELY TO START DESPITE FEELING PAIN IN GROIN

If plans stay the same and Lloyd Sam is included in the starting lineup on Sunday, he likely will be playing at less than 100 percent.

Sam continues to deal with nagging pain and soreness in his groin, which he injured in the Red Bulls’ U.S. Open Cup win over the Atlanta Silverbacks on June 16. Both the club and wide midfielder thought earlier in the week that he would be fully healed for the encounter against NYCFC, but the discomfort has not subsided.

“I’m still in the recovery process. I’m out there training, but I don’t feel myself entirely,” said Sam on Friday. “With regards to Sunday, we’re still talking about it. I’m going to be out there (training) again tomorrow, and see how I feel. It’s just something that’s lingering around still, which is not yet letting me feel completely myself.

“There’s something constantly saying that it’s there, whether it’s pain or soreness, bit of both. But it’s how I react the next day which obviously will tell us the most.”

Sam may not be at his best, but Marsch still intends to start the 30-year-old Englishman against NYCFC.

“I’m chalking him in as ready to go,” said Marsch on Friday. “I thought he did well in training today and finished strong. We have two more days yet for him to get fully ready, so I think he’ll be ready.”

One player who really stood out during Friday’s training session at Red Bull Arena was someone not even on the roster.

Centerback trialist Will Packwood was impressive in breaking up attacks and building out of the back during an 11-on-11 scrimmage. His strong showing capped a week with the Red Bulls that Marsch described as “good”, and could possibly earn the 22-year-old free agent a deal with the club.

“We’re going to see what his availability is here moving forward, but we thought he did well and it was good having him here,” said Marsch. “We’ll see. There’s no decision yet. We’d like to continue to think about the possibility.”

If the Red Bulls decide to sign Packwood, they already have a roster spot for him after announcing the release of centerback Andrew Jean-Baptiste on Friday evening. Jean-Baptiste, 23, signed with the club during the preseason, but only saw time off the bench in a U.S. Open Cup game.

CLUB FOCUSING ON SIZE OF FIELD AT YANKEE STADIUM

The Red Bulls trained Friday on less of the Red Bull Arena field than usual. The club pushed one goal up a bit from its usual spot and used cones to mark the narrower sidelines that they will experience on Sunday at Yankee Stadium.

Replicating the conditions of playing on a smaller field is something the Red Bulls want to be well prepared for, and they are taking everything into consideration to try and once again gain the upper-hand on their crosstown rivals.

That includes practicing the polarizing strategy of long throw-ins.

“We have a few (long-throw specialists) that we’re going to try out, so, yeah, I think we’ll have some long throws,” said Marsch with a smile. “I know (NYCFC head coach Jason Kreis) gets irritated with that, so that might be a big part of the gameplan.”

How do you see Zubar doing vs. Villa and NYCFC? Think Sam should be allowed to recover fully before playing again, or is he too important not to use in this upcoming match? Would you like to see the Red Bulls sign Packwood?