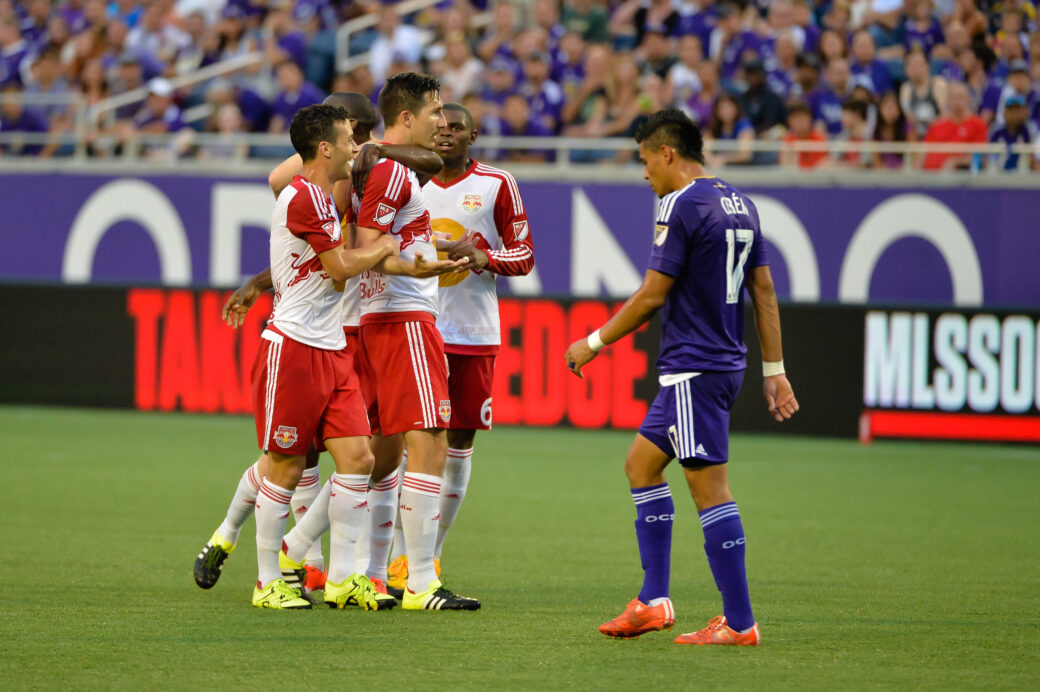 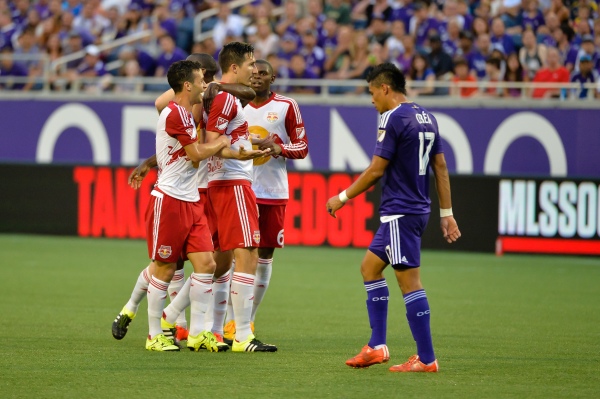 ORLANDO, Fla. — In a script that’s almost becoming common, Orlando City SC had to finish a game down a player.

For the sixth time this season and third consecutive game, the Lions found themselves with a mountain to climb with 10-men, and this time, they also had to do it without their head coach.

However, the task was too insurmountable for an Orlando City side that tasted defeat for the second straight time at home, falling, 2-0, to the New York Red Bulls on Saturday night in front of 33,518 in attendance at the Citrus Bowl.

Sacha Klejstan’s screamer in the first half gave Jesse Marsch’s men the lead before Mike Grella’s goal capped the game in the dying minute to see the Red Bulls clinch their second-consecutive road win.

“I really don’t know what to say about the officials,” Orlando City boss Adrian Heath said on Saturday night’s officiating. “If I say something, you get fined and you get in trouble. If you say nothing, nothing changes. This game is not about them [referee’s], it’s about the players. It seems to be it’s every week, somebody blaming the officials for outcome of the games.”

Things would only get more heated in the 74th minute when head official Fotis Bazakos sent Adrian Heath to the locker rooms after constant protesting led to his dismissal.

Kaka, who returned to MLS action action after serving a one-game suspension, wasn’t able to rally his teammates, mainly due to a tight Red Bull back line. Kaka’s limited access towards goal paved way for Carlos Rivas to influence his team towards a comeback.

“Every time we have to play with 10-men, it’s tough, it’s hard,” Orlando City captain Kaka told reporters. “I won’t say nothing about the referee, but for us, it’s another lesson learned, it can’t happen again. It’s not easy, the team showed a lot of times, but not always we can reach the result.

The Lions will now travel to Yankee Stadium next Sunday when they face New York City FC for the second time this season. The Red Bulls, however, return to Red Bull Arena on Tuesday when they host the Philadelphia Union.