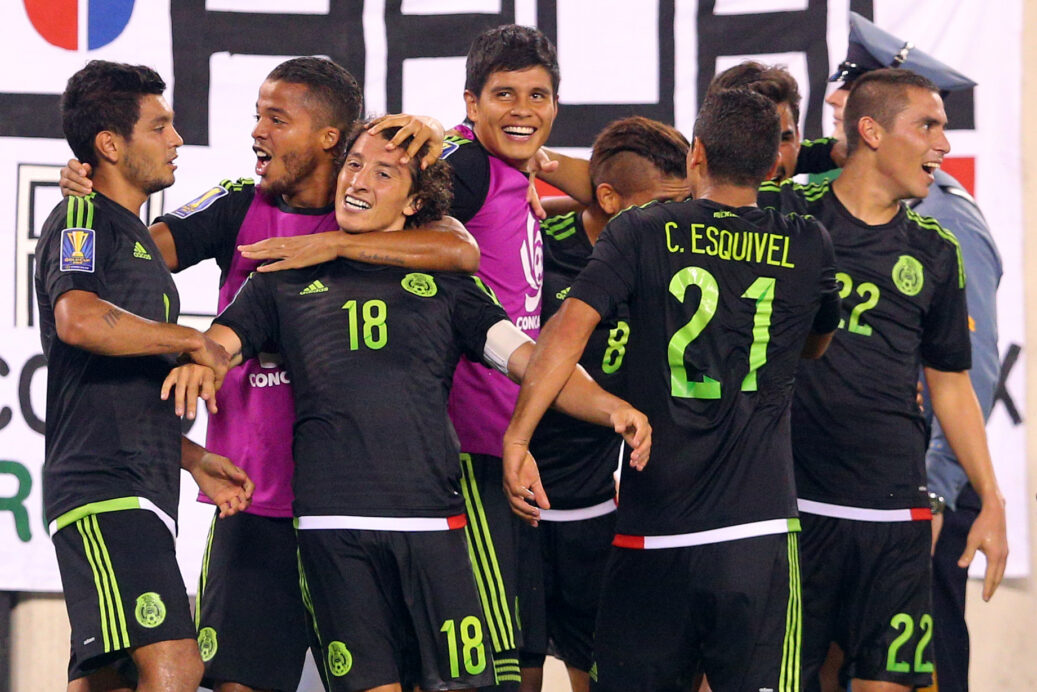 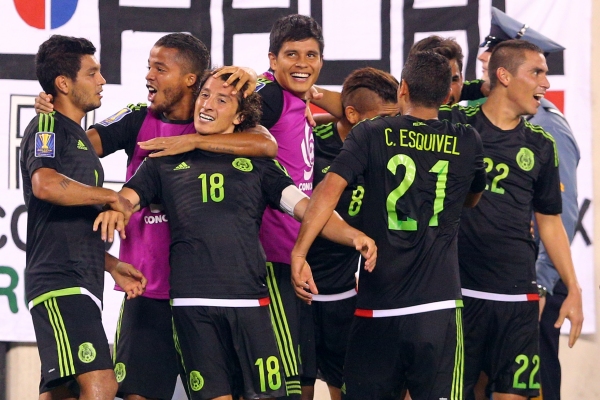 EAST RUTHERFORD, N.J. — There might have been a shortage of goals, but there certainly was no lack of drama.

The last two quarterfinals of the 2015 CONCACAF Gold Cup were played on Sunday at MetLife Stadium, and each of them were decided by a penalty shootout. Mexico and Panama defeated Costa Rica and Trinidad & Tobago, respectively, in a pair of games that took 120 minutes or more to find a winner.

Mexico and Costa Rica’s 1-0 affair will be the one that grabs most of the headlines in the coming days, as El Tri advanced through a phantom foul call in the penalty area at the stroke of midnight. With a shootout just seconds away, Roy Miller was deemed to have brought down Oribe Peralta in the 120th minute despite replays showing clearly that there was little to no contact between the two players.

Andres Guardado stepped up to take the ensuing attempt from 12 yards out, and fired it low and to the left past Costa Rican goalkeeper Esteban Alvarado.

El Tri had been the better side from the run of play in regulation and extra time, but some awful finishing combined with superb saves from the stellar Alvarado kept the match scoreless.

Mexico blew chance after chance in front of the crowd of 74,187, including in the 68th minute when Carlos Vela somehow managed to slice a shot wide from nine yards out.

Peralta actually scored for the Mexicans off a deflected effort in the fifth minute of the match, but the dream start was not to be as Paul Aguilar was whistled for an off-the-ball foul just before the shot was taken.

Peralta was also denied in the 51st minute, but this time by the crossbar. Vela headed an aerial ball into the path of his veteran teammate, whose ensuing shot pinged off the right-hand post before going out.

The woodwork also helped to deny Mexico attacker Carlos Esquivel in the 64th minute. Esquivel got on the end of a midlevel cross from Guardado, and acrobatically kicked it into the ground before seeing Alvarado push the bouncing ball onto the bar and over.

Another opportunity went to waste just before the end of the first half. Peralta found himself at the corner of the six-yard box, but sent his ensuing shot well over the frame.

Minutes earlier, Alvarado came up with another big stop by soaring to push wide a venomous Guadado effort from 35 yards out.

The defensive-minded Costa Ricans had their moments in the attack as well, primarily through Joel Campbell. The crafty forward pulled off some moves on the dribble on the right flank midway through the first half before hitting a floated cross that Johan Venegas lofted over an onrushing Guillermo Ochoa and the crossbar.

Celso Borges also had a chance in the 42nd minute when he was teed up at the top of the penalty area, but smacked a stinging shot high.

In Sunday’s first quarterfinals match, Jamie Penedo came to the rescue for Panama in a penalty-kick shootout against Trinidad & Tobago that ended, 6-5, after nine rounds.

Penedo stopped the final kick of the game, getting just enough of a touch and help from the crossbar to keep out Lester Peltier’s attempt.

Valentin Pimentel converted the winning penalty for Panama before that, striking a ball down the middle while T&T goalkeeper Marvin Phillip dove to the right.

Panama and Trinidad & Tobago had played to a 1-1 draw after 120 minutes, with Luis Tejada and Kenwyne Jones trading goals on each side of halftime in regulation. Tejada stabbed home the ball in the 37th minute after capitalizing on a deflected clearance attempt, but Jones responded in the 54th minute by flicking a close-range header past Penedo.

Jones’ goal made amends for a previous miss. Streaking in on goal two minutes into first-half stoppage time, Jones had a glorious opportunity to pull the Trinidadians even before pushing his open header from eight yards too far wide.

The Panamanians also had a glaring miss that could have come back to haunt them, as Blas Perez hit a volleyed attempt inches wide of the far post in the final seconds of regulation.

Neither nation created much in the way of chances in extra time, and they then took turns taking poor penalty kicks. Roman Torres skied the opening attempt from 12 yards out, but Penedo denied Sheldon Bateau on the second T&T take to bring Panama level.

Both Panama and Trinidad & Tobago missed their third penalty, but converted on their fourth and fifth attempts to force sudden death.

The Trinidadians failed to capitalize there despite having a shot to win the game in the seventh round, and that opened the door for Pimentel’s confident take and Penedo’s heroic block.

What did you think about Mexico’s controversial win over Costa Rica? Still shocked that El Tri was given that penalty kick? Who do you see winning the semifinals between Panama and Mexico? Which team would pose the biggest challenge for the U.S. Men’s National Team, if the Americans were to reach the final?