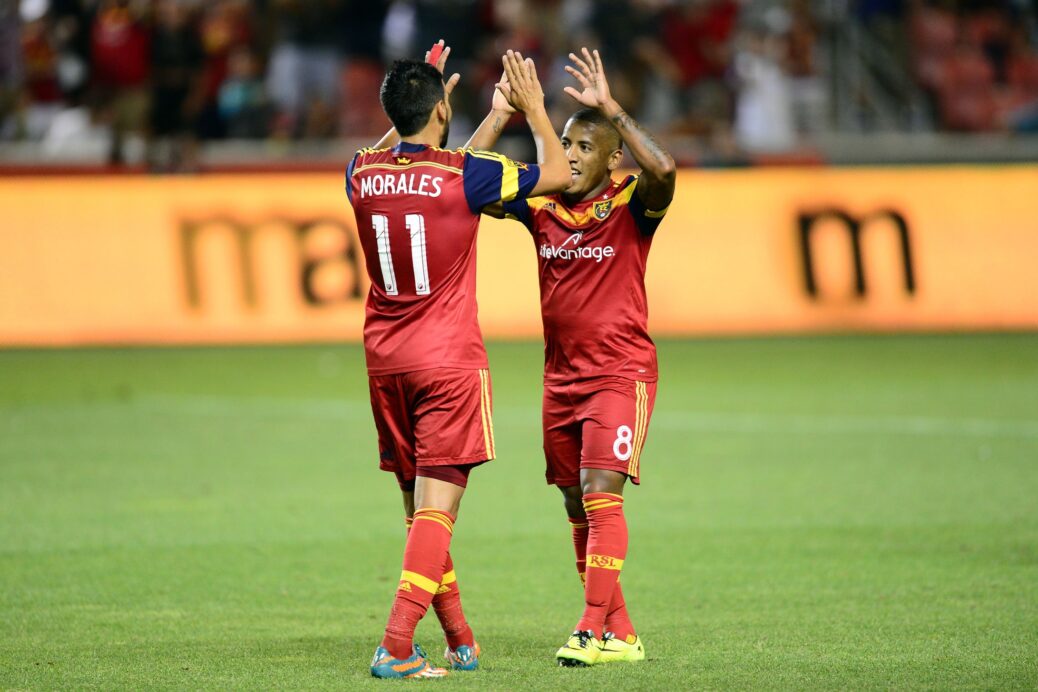 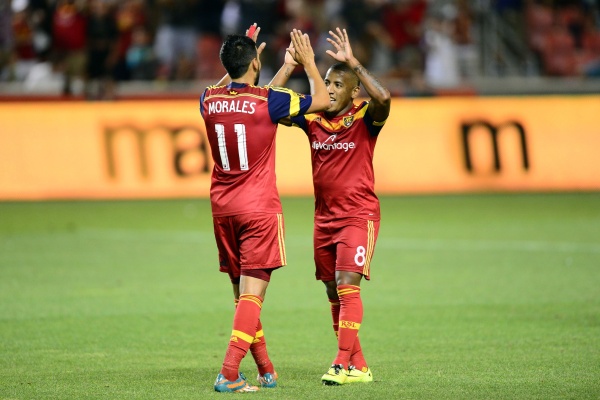 Despite the absence of the team’s head coach and two biggest stars, Real Salt Lake looked every bit of a full-strength team on Saturday night.

With Kyle Beckerman and Nick Rimando on international duty, RSL were left with a limited roster, while a suspension for head coach Jeff Cassar appeared to be a further handcuff. However, Morales’ strike in the 36th minute erased any doubt.

In the midfielder’s 200th MLS match, Morales smashed a stunning volley to open the lead. After receiving a flick-on from Jordan Allen, Morales awaited the ball’s bounce before smashing a shot from just outside the box, beating Dynamo goalkeeper Tyler Deric to give RSL the 1-0 lead.

That lead received a bit of a boost just five minutes into the second half, as the Dynamo went down to 10-men as Kofi Sarkodie was ejected following a tackle from behind on Abdoulie Mansally in the 51st minute.

After receiving a pass from Mansally, Plata played a quick one-two with Morales just inside the Dynamo box. Daring through after feeding Morales, Plata hopped back onto the ball in the center of the box before continuing his lateral run past the Dynamo defense and firing a shot past Deric to cement’s RSL’s victory.

With the win, RSL picks up the team’s 26th point and currently sits seventh in the Western Conference. Meanwhile, the Dynamo sit level with the Colorado Rapids on 24 at the bottom of table.

RSL will now look to make it back-to-back wins Friday night in a home clash with Sporting KC, while the Dynamo host the LA Galaxy the next day.