Fire score in stoppage time for first win against Sounders 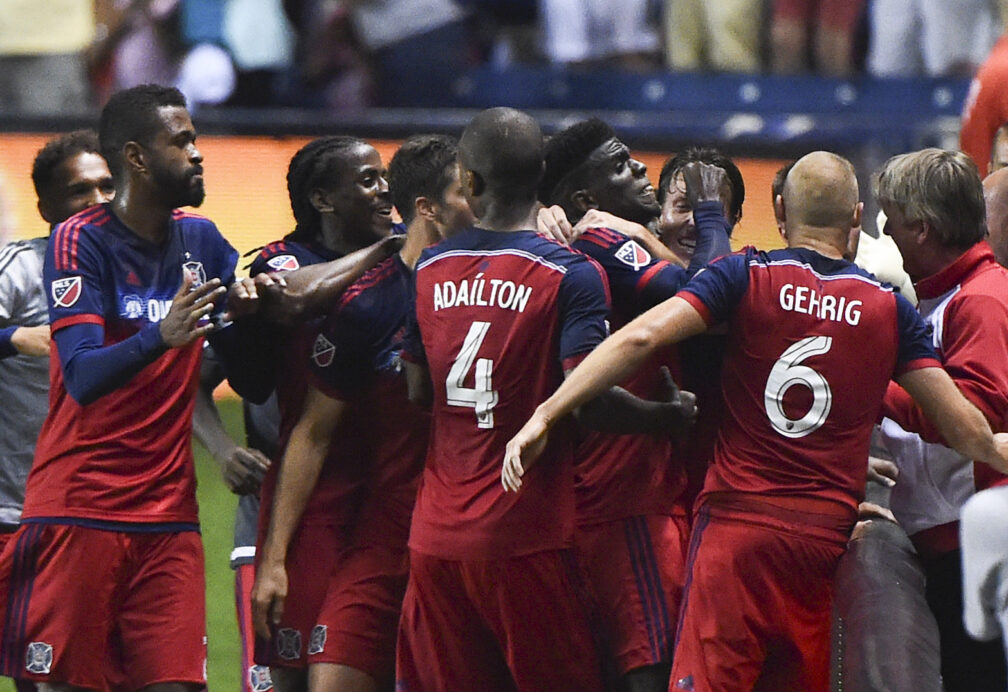 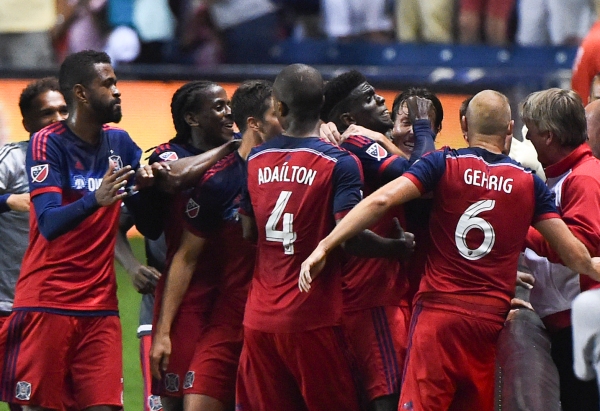 For most of the match in Bridgeview, Illinois, the Chicago Fire did everything right expect finish, but all they needed were a few more minutes in stoppage time to seal the deal.

The Fire posted its first-ever win against the Seattle Sounders, who were not at full strength but defeated 1-0 in front of 18,528 at Toyota Park. Substitute Jason Johnson provided the much-needed spark and the eventual game-winner in the 92nd minute, but he’s not new to scoring late goals. His first goal of the season came in stoppage time, as well.

Chicago also was without two of its key attacking threats on the night, with Shaun Maloney and David Accam both sitting out, but the Fire were the ones to start strong. Mike Magee sent a header just over the crossbar after a beautiful cross by Patrick Nyarko found him at the back post in the third minute.

Even with more dangerous chances in the first 45 minutes, the Fire forgot their finishing touch. Harrison Shipp was highly active and productive, as he beat a man and played Kennedy Igboananike down the left wing midway through the first half. But after the forward cut inside, his shot soared above and beyond the goal.

With Clint Dempsey, Obafemi Martins and Marco Pappa all missing from the Sounders attack, Seattle struggled to combine and get things going in the first half.

Christian Roldan was the lone bright spot for the Sounders, making a surging run that led to a Lamar Neagle chance in the 25th minute and pinging the crossbar with a volley attempt in the 44th minute.

The Sounders had the first close chance in an overall even second half, with substitute Andy Craven sending a shot on frame after a header from a free kick found the forward near the six-yard box. However, Sean Johnson stood tall and the shot bounced out of danger, keeping the scoreline level.

In the 78th minute, the Fire had a good opportunity to break the deadlock when Guly Do Prado put a header on frame, but goalkeeper Troy Perkins quickly dove to his right to parry the chance away.

The Fire’s desire for a late game-winning goal intensified as time wore down. Substitute Jason Johnson sent a powerful blast on goal in the 88th minute, but again, Perkins was there to deny the chance.

Finally, in the 92nd minute, substitute Michael Stephens sprinted down the right wing on a counter attack and fed Johnson a through ball behind the Sounders backline. After Johnson found himself inside the penalty area, he cut to his left and sent a scorching effort into the far corner of the goal, sending the Fire faithful into a frenzy.

Seattle has now lost four out of its last five, while the Fire claimed its first win since May 30.

The Fire have a quick turnaround, as they host the Columbus Crew Wednesday, while the Sounders head back home to face the Colorado Rapids on Saturday.