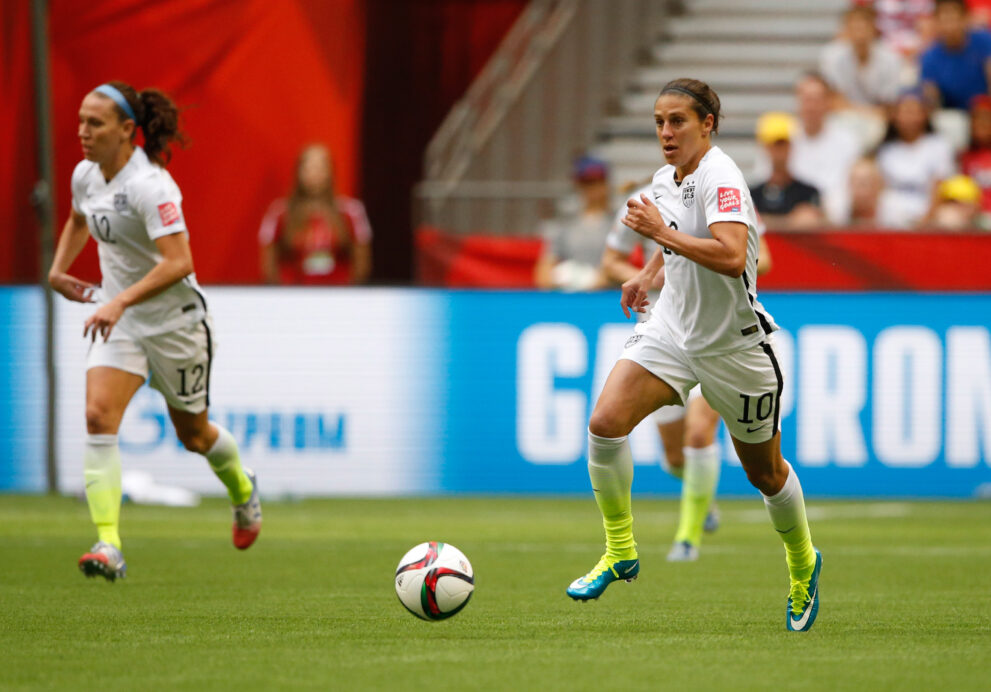 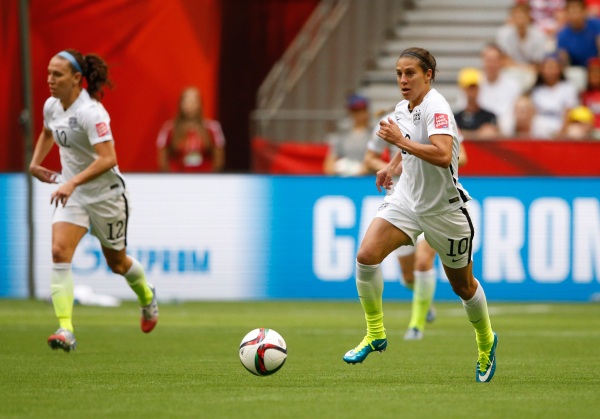 If the U.S. Women’s National Team is to snap its 16-year run without a World Cup , it will have to do so against a very familiar foe. The same foe that snatched the tournament trophy away from the Americans’ fingertips four years ago.

The U.S. will meet Japan in the Women’s World Cup final on Sunday, marking the third straight meeting in a championship game between the two nations. The Americans most recently beat Japan in the final at the 2012 Olympics, but it was pain from the defeat they suffered one year prior at the World Cup that still resonates.

The U.S. had Japan on the ropes twice in that final, but allowed the Japanese to score late goals, including three minutes before the end of extra time. If that was not enough heartbreak for the Americans, the ensuing penalty shootout surely was. The U.S. missed its first three attempts and wound up losing, 3-1, after four rounds of penalty kicks.

The World Cup dreams had been crushed, but now the U.S. has a shot at making amends.

After beating a tournament favorite in Germany, 2-0, in the semifinals, Jill Ellis’ will now head into BC Place in Vancouver, Canada, with plenty of confidence. The Americans turned in their best performance of this World Cup in that match, and will be looking to build on that against a Japan team that just eked out a 2-1 win over England.

Japan may have prevailed in that game thanks to a late own goal, but still possesses a combination of talent and experience to cause the U.S. fits. Ellis will need to carefully weigh her lineup choices and tactics for the Americans to avoid another letdown to the Japanese, and she could very well use the same 4-4-2 formation that was used to topple the Germans.

In Tuesday’s semifinals duel, Ellis deployed Alex Morgan and Carli Lloyd up top while surprisingly leaving all of Christen Press, Sydney Leroux, and Abby Wambach on the bench. The decision paid off, however, as moving Lloyd to a more advanced position allowed the U.S. to have both veteran Lauren Holiday and promising youngster Morgan Brian in the center of the midfield.

Holiday and Brian did a solid job limiting Germany’s attacks, and will likely be counted upon to do the same vs. Japan captain Aya Miyama and co.

The Americans’ back line, which has not conceded a goal since the tournament opener, also has to be as solid as it has been throughout the World Cup. Julie Johnston and Becky Sauerbrunn have been rocks in central defense, and goalkeeper Hope Solo has done the job the few times she has been tested.

Another strong defensive performance could set the tone for Americans, who are starving for a World Cup trophy after failing to win one since 1999. What bodes well for the U.S. is that it has a bevy of experience in these championship games, and also a deep bench that Japan might not be able to.

Regardless, the Americans know that only a win will be acceptable on Sunday. They have already felt the severe pain and anguish from losing a World Cup final to Japan, and are keen to avoid a repeat of that feeling.