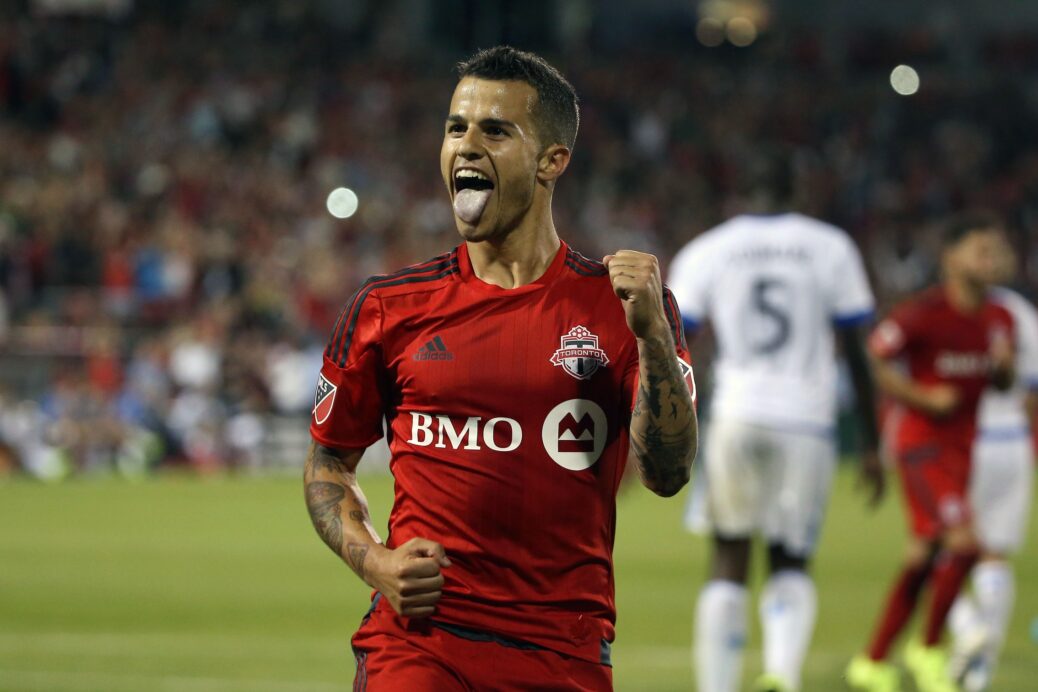 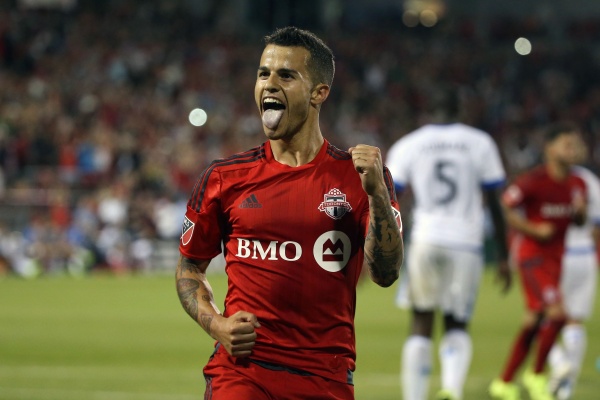 Sebastian Giovinco’s performance against New York City FC was likely the most masterful one of his MLS career, but efforts like Sunday night’s are starting to become the norm for the Italian star.

In what was likely the best solo performance in MLS this season, Giovinco carried Toronto FC with a nine-minute hat-trick and a late-game assist, only to see his Herculean effort undone by lackluster defending in a 4-4 draw.

As Giovinco continues to harass MLS defenses to emerge as one of the league’s top stars, the calls from back home continue to grow louder and louder when it comes to the national team.

With many calling for Giovinco’s inclusion with the Azzurri, TFC head coach Greg Vanney was quick to state that he is in no position to offer any sort of advice to Italy manager Antonio Conte, who managed Giovinco from 2012-14 at Juventus, no matter how much praise he continues to heap on the forward.

Giovinco, meanwhile, says that performances like Sunday’s aren’t about sending a message or making a statement about inserting himself back into the international picture. Rather, they are about proving himself in a new league, and if that’s what it takes to catch Conte’s eye, so be it.

“Really, it was really just a message to myself,” Giovinco said. “I just wanted to know that I was able to do a performance to this level, but I hope (Conte) saw it.”

Amazed by his forward’s play to this point, Vanney admitted that Sunday night’s play was among the best he’s ever seen with his own two eyes, but rued the defending that left the team feeling a bit incomplete despite Giovinco’s heroics.

In addition to praising his forward’s performance,Vanney says that efforts like Sunday’s may not be a rarity going forward as, the TFC coach says that the MLS is a league tailor-made for Giovinco, a player that has featured 21 times for the Italian national team.

Joining from Serie A, Giovinco is no stranger to the world’s most disciplined defenses, something that is far from the norm in MLS play. Tricky on the ball, fast and with a low center of gravity, to say the least, the diminutive Italian has all of the characteristics necessary to terrorize the less-refined MLS defenses, a fact Vanney is more than happy to take full advantage of.

“It has to be up there. It definitely has to be up there,” Vanney said. “He was able to create a lot of chaos and in some ways he was the lone striker and we were getting him support from outside positions. Between scoring the goals, setting up the goal, I thought he was outstanding on the day. He showed how difficult he can be to deal with.

“He has a lot of things that bode well for him in our particular league because these games open up always and there’s always some space,”  Vanney said, “and he’s a guy that can really kill you when there’s space on the field.”

Sunday night was just the latest part in a process that has seen Giovinco continue to adjust to a new league with an entirely new mindset.

Having spent his entire career in Italy, Giovinco’s move to MLS was seen as a bold one in many circles, as the Italian international is among the first prime-aged players to make the jump to the MLS game.

Giovinco was quick to admit that the level of play back home is, obviously, still at a level above that which he is currently playing. However, the Italian also says that he is already seeing progress in the league’s development as more and more players continue to make a jump similar to his.

One player who will soon be joining Giovinco is former club and international teammate Andrea Pirlo, who is set to join NYCFC later this month. Stating that he admired Pirlo’s decision to join him in MLS, Giovinco says the acquisition of players like the Italian legend will only continue to help the league improve.

“It’s a new league there’s lots of room to grow,” Giovinco said, “and I think it will be a great experience for me.”