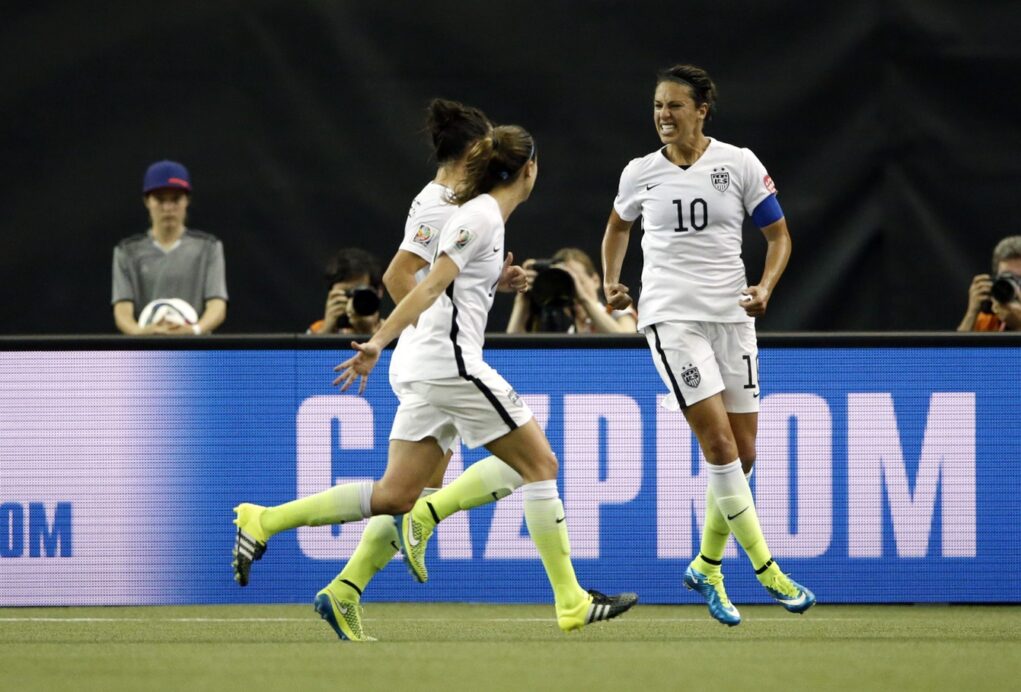 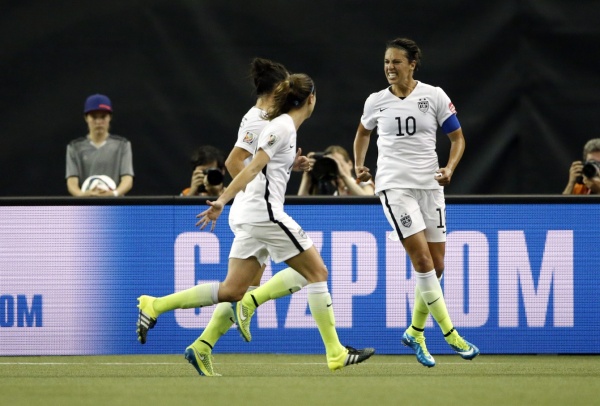 After limping through a majority of the Women’s World Cup, the U.S. Women’s National Team saved its best performance of the tournament for the semifinal showdown against the world’s No. 1 team.

Carli Lloyd provided a finish from the penalty spot before Kelly O’Hara added insurance, as the U.S. grabbed a 2-0 victory over top-ranked Germany in Tuesday night’s Women’s World Cup semifinal at Olympic Stadium in Montreal.

With the victory, the U.S. advances to Sunday’s tournament final. The Americans will meet the winner of Wednesday’s semifinal match-up between Japan and England.

The U.S.’s decisive tally in the 69th minute came via controversial fashion. Running straight at the Germany defense, Alex Morgan was taken down by Germany defender Annike Krahn just outside the box. The USWNT was awarded a penalty kick nonetheless, and Lloyd stepped up to the spot and smashed her shot to the top right corner.

That advantage was doubled in the 84th minute by substitute O’Hara, sealing the U.S. victory. After seeing Lloyd dust her defender on the left side of the penalty area, O’Hara made a streaking run through the box, tapping the ball into an open net to secure the result.

Germany forward Celia Sasic stepped up to claim the ensuing spot kick, but had to wait a bit before taking it as U.S. goalkeeper Hope Solo took her time to get on the line in a demonstration of gamesmanship.

Lloyd and O’Hara proceeded to score, sending the Americans to the tournament final in Vancouver.

The U.S. nearly found the back of the net on a couple of occasions earlier in the game. Just seven minutes in, the USWNT tested Nadine Angerer via a corner kick, forcing the Germany goalkeeper to make a kick save on a Johnston header.

Angerer came up big yet again just seven minutes later, stopping Morgan on a one-on-one opportunity to keep Germany in it early.

Morgan provided yet another chance just two minutes before the half, lifting the ball over her defender before shooting up and over Angerer.

None of it matter, as the USWNT found a pair of goals and posted yet another cleansheet to extend its shutout streak to 513 minutes.