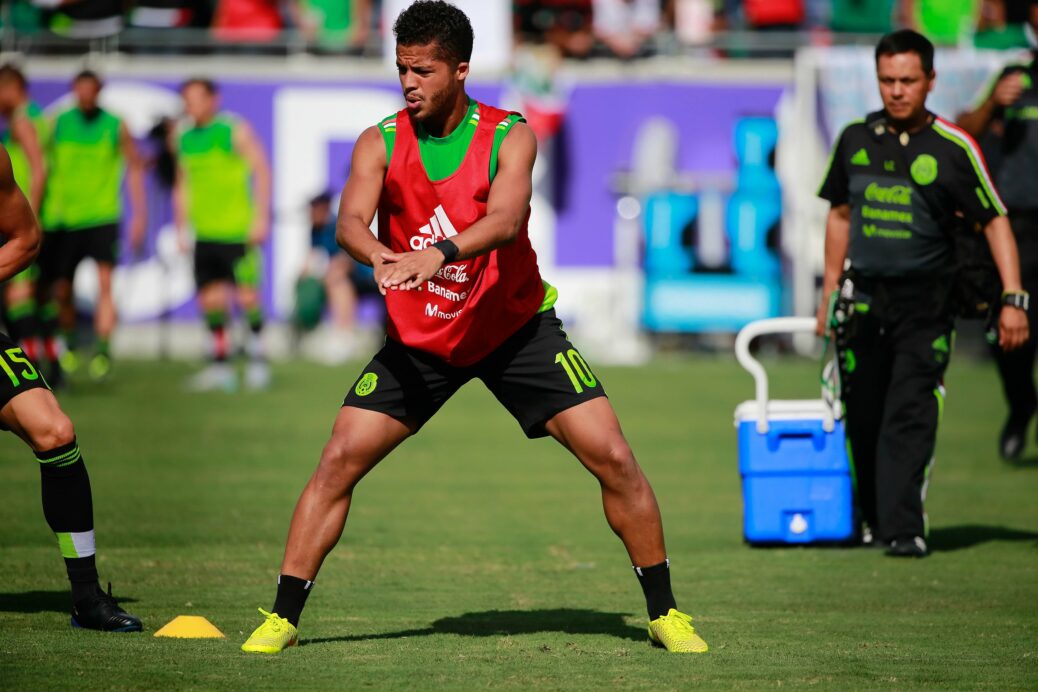 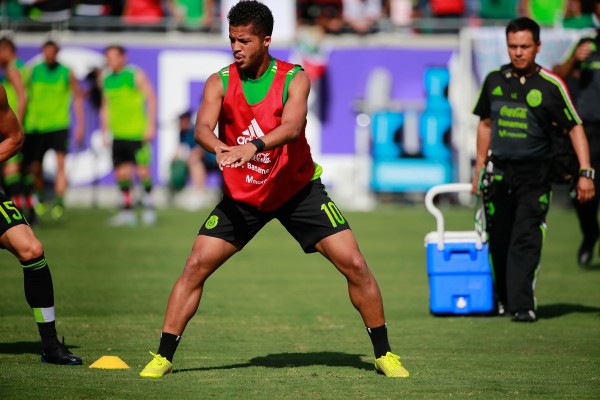 EAST RUTHERFORD, N.J. — Giovani Dos Santos is making his way back to full health, but it remains to be seen whether he will be ready in time to participate in Mexico’s semifinals match.

Mexico made it out of the CONCACAF Gold Cup quarterfinals on Sunday night by defeating Costa Rica, 1-0, in extra time thanks to a controversial penalty kick. Dos Santos started the match at MetLife Stadium on the bench because of an adductor injury sustained last Wednesday, but looked ready to contribute midway through the second half when he began warming up alongside the rest of El Tri’s reserves.

Ultimately, Dos Santos was an unused substitute in the match and questions persist about his availability for Wednesday’s semifinals date with Panama – questions that not even Mexico head coach Miguel Herrera has answers to yet.

“We’ll see with Giovani,” Herrera said Sunday night. “We’ll keep working (on Monday) with him and the day after to see where he’s at. I’ve told him, ‘If you’re at 100 percent then you’ll be able to play again.’ But if he has any discomfort or doubt then we won’t play him. There’s no need to risk anyone when they’re hurt.”

The 26-year-old Dos Santos has been used primarily as a substitute so far in this Gold Cup. He started just one of the three games in a disappointing group stage campaign for Mexico before picking up the adductor injury in a 4-4 draw with Trinidad & Tobago last week.

There was the thought that Dos Santos would start against Costa Rica on Sunday had he been completely healthy. The LA Galaxy’s newest Designated Player had performed well in his cameos off the bench in the group games, but was not deemed ready enough to either start or play in the narrow victory over the Ticos.

“We knew he hadn’t made any hard cuts or moves like that, but during the game I told him to warm up as if he was going to come on,” said Herrera. “He made a few cuts and moves, but didn’t feel confident. There wasn’t any pain or discomfort to make him come back to the bench, but he said he didn’t feel confident and that was it.”

The Mexicans take on Panama, who beat Trinidad & Tobago on penalty kicks on Sunday, in the second semifinals match at the Georgia Dome in Atlanta on Wednesday night.

What do you think will be Dos Santos’ availability for Wednesday’s semifinal? How badly does Mexico need him? Thinking he might miss the rest of the tournament?