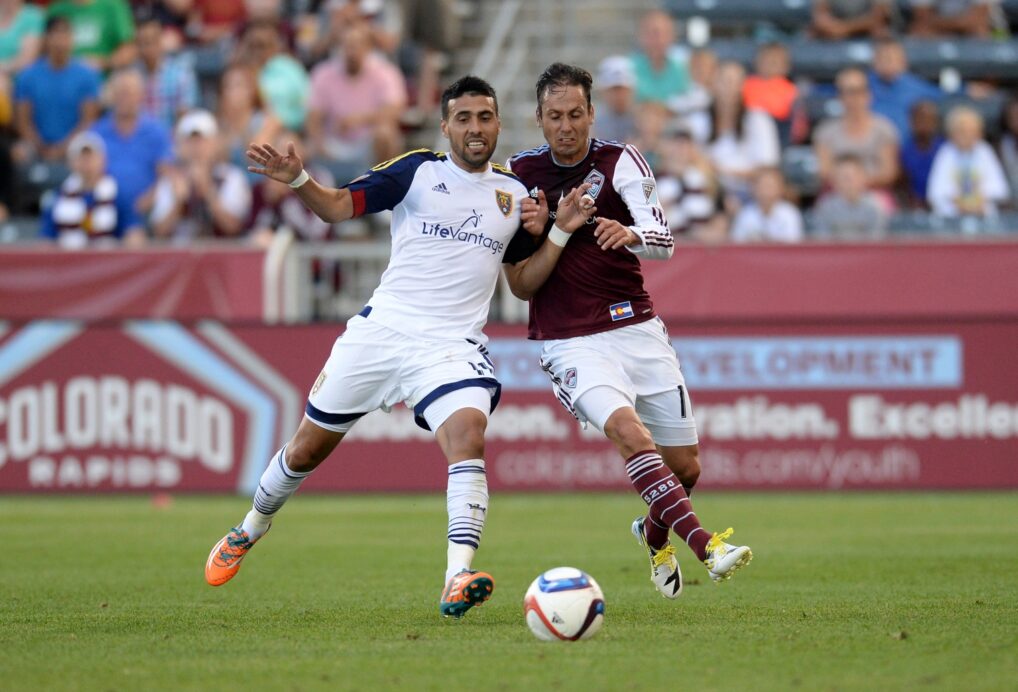 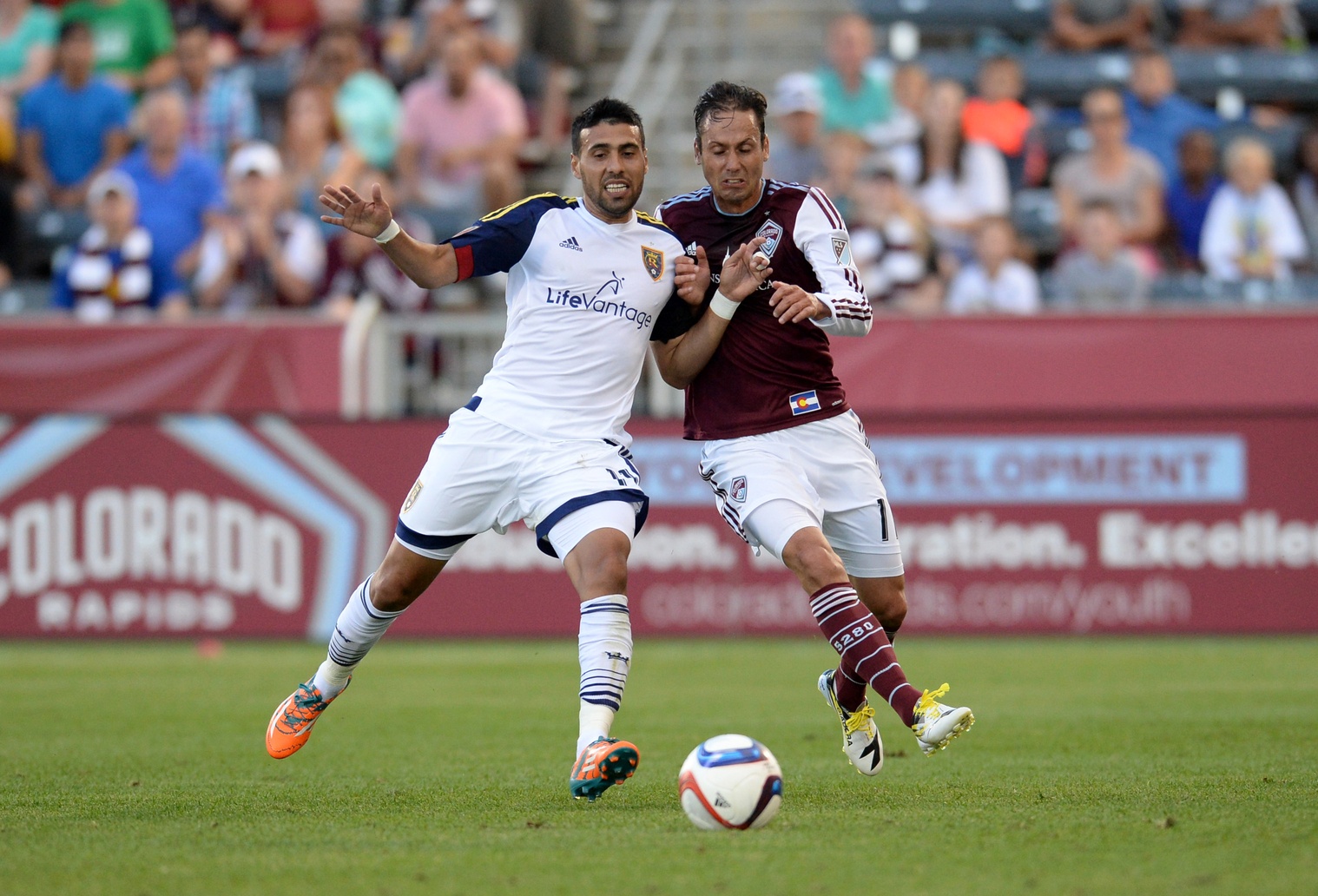 Jared Watts and Juan Ramirez will certainly recall their first ever goals for the Colorado Rapids.

Watts scored the winner while Ramirez added the insurance goal to cap a frantic final 10 minutes in a 3-1 win against Real Salt Lake. Both goals came in stoppage time, following Drew Moor’s equalizer, and handed the Rapids their first win against the Rocky Mountain Cup rivals in two years.

Sebastian Jaime broke the deadlock in the 79th minute, seemingly handing RSL valuable momentum. Both teams entered the game with just one win in six outings and at the bottom of the Western Conference.

But the Rapids did the most to try and rectify their league situation. After Jaime was sent off with six minutes to go, they took full advantage to claim a second straight victory.

Everything seemed to happen at once, especially for Jaime. Just moments after he opened the scoring, his night took a sudden turn for the worse.

RSL’s big three attackers combined for the opening goal. Joao Plata started the move by holding off a defender and playing Morales down the right. The low cross to the back post found a wide-open Jaime for an easy tap-in.

Then came the bad. Rapids substitute Charles Eloudou’s corner kick just two minutes later headed straight for Moor, who disposed of Jaime on his way to heading in the equalizer.

Then came the really bad. On a long free kick opportunity for RSL in the 84th minute, Jaime was caught hitting Moor in the face as the players jockeyed for position. A straight red was pulled out, and the attacker’s strong protests only prolonged his walk down the tunnel.

Eloundou also, sort of, provided the winner. This time down the right, he brought down the ball in the box and skipped past Devon Sandoval before firing a low shot past Jeff Attinella. It struck the post, but Watts was there to bury the rebound for a 2-1 Rapids lead in the first minute of stoppage time.

Sandoval nearly made amends at the other end, with his header stopped by only Clint Irwin’s fingertips and the cross bar. Attinella came forward for the subsequent corner, but it only allowed Ramirez the space to run all the way down with the ball and bury the third goal in an empty net.

A tame opening 30 minutes was ended by the Rapids’ first big chance of the game. Vicente Sanchez’s through ball put Lucas Pittinari in behind the defense down the left, but his chip, possibly intended for an in-rushing Kevin Doyle, was tipped over by Attinella.

RSL’s deputy goalkeeper was called into action again minutes later, diving low to his right to keep out a shot across goal from Sanchez. Tony Beltran intervened to block the rebound.

Sanchez remained active, and fortune almost struck for him early in the second half. Solingac’s header back across goal produced an aerial effort from the attacking winger, but the shot was blocked and clanged off the base of the post.

The Rapids try for consecutive win number three against a struggling Seattle Sounders side on Saturday. After hosting the LA Galaxy in the U.S. Open up on Tuesday, RSL remains at home to face the Houston Dynamo on Saturday.