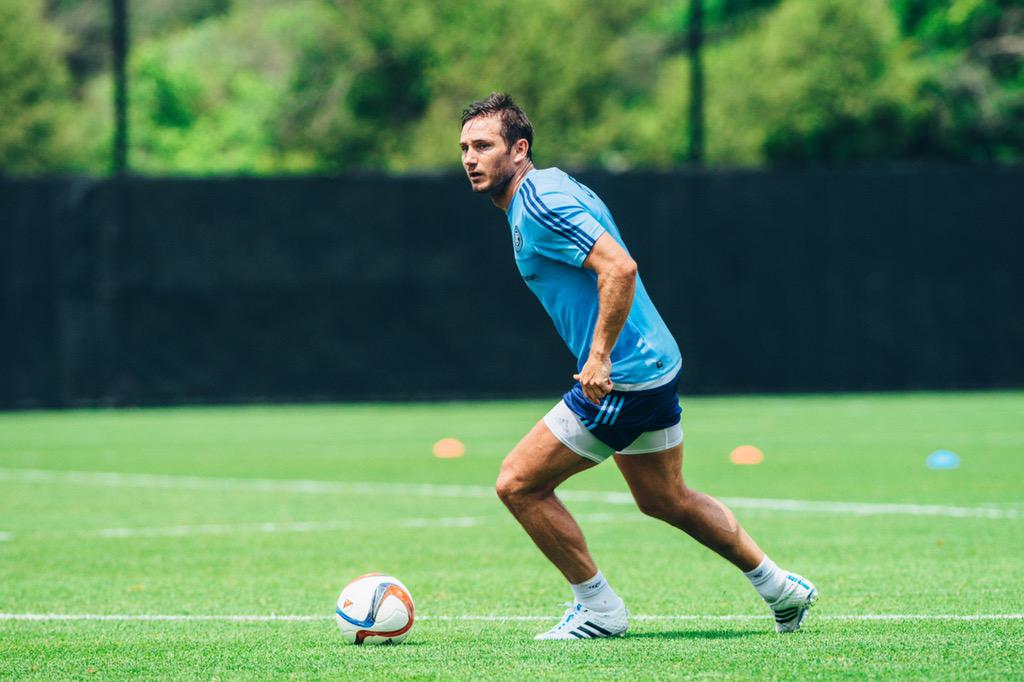 New York City FC fans might be used to this by now, but they will have to wait yet again for Frank Lampard to make his club debut.

A week after missing what was supposed to be his first match for NYCFC because of a calf injury, Lampard has again been ruled out for the expansion team’s Saturday visit vs. the New England Revolution. Lampard returned to training this week and New York City was holding out hope that he could be available, but the 37-year-old midfielder still is not at 100 percent.

“He’s not healthy,” NYCFC head coach Jason Kreis told reporters after practice on Friday. “We really thought last week, based on the severity of the calf injury, that we’d have a player who would be available this weekend, but plans and reality sometimes don’t mesh. He’s still carrying the calf injury and we’re not going to take a risk with it.”

Kreis added that the turf field at Gillette Stadium was not a factor in keeping Lampard on the sidelines for at least another week. NYCFC also does not yet know whether the Designated Player will be available to suit up in next Sunday’s home game vs. Orlando City.

NYCFC fans have long been waiting to see Lampard – who it was revealed on Friday is earning $6 million – make his debut. He was originally scheduled to join the club in January, but wound up staying at Manchester City until the end of the Premiership campaign and only recently arrived in New York City.

Coming off a wild 4-4 draw at Yankee Stadium with Toronto FC, NYCFC will attempt to get back in the win column on Saturday night vs. the struggling Revolution.

What do you think about Lampard missing NYCFC’s match with the Revolution? Do you believe the turf was not a factor in keeping him out? How frustrating is this extended wait to see Lampard in action?