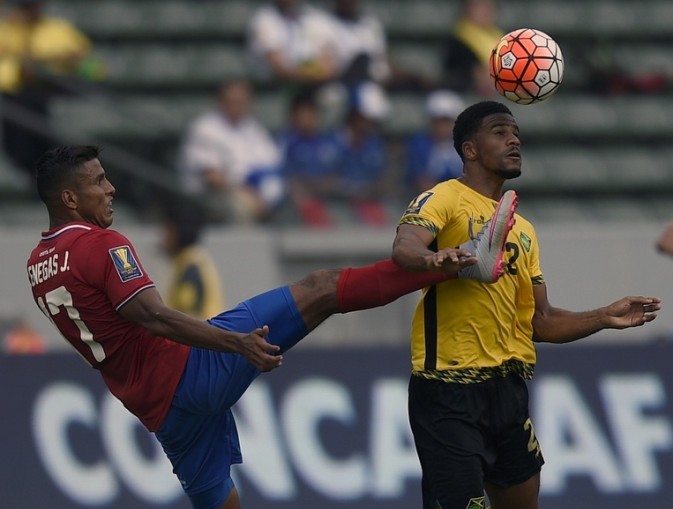 Costa Rica may have won a Group of Death at the World Cup last year, but the side could only manage a 2-2 draw against the lowly Jamaica on Wednesday.

Jamaica scored first in the 13th minute, when Kemar Lawrence fired a shot into the roof of the net from a long throw-in that bounced into the box and over a Costa Rican defender.

Roy Miller equalized for Costa Rica in the 33rd minute off of a set piece, as Bryan Ruiz’s free-kick pass on the ground found David Ramirez on the right side of the box before the latter flicked up a cross in for Miller to head home past Jamaican goalkeeper Dwayne Miller.

Costa Rica then quickly took the lead, with Ramirez turning from provider into the goal-scorer in the 37th minute. Celso Borges launched a ball from the halfway line into the box, and Ramirez flicked it over Jamaica’s Miller to put his side up 2-1.

Jamaica evened the score again in the 48th minute thanks to a strike from Jobi McAnuff. McAnuff displayed a fantastic solo effort just after the restart as he dribbled through the Costa Rican defense before firing one into the bottom right corner of the net.

In the other half of the Group B action earlier Wednesday evening, El Salvador played Canada to a scoreless draw.

The story in the match was the outrageous miss from young Orlando City star Cyle Larin, who dribbled around the keeper in the 36th minute before blasting his shot into the crowd.

Both teams failed to produce attacking quality in critical moments. In the end, the scoreless draw was nothing less than deserved between the two sides.

El Salvador had a few sniffs at goal, with one coming from a Richard Menjivar run into the area and others coming after Canadian goalkeeper Kenny Stamatopoulos created issues for himself with some questionable decisions throughout the night.

The teams will be in group action again on Saturday, as Jamaica takes on Canada and Costa Rica plays El Salvador.