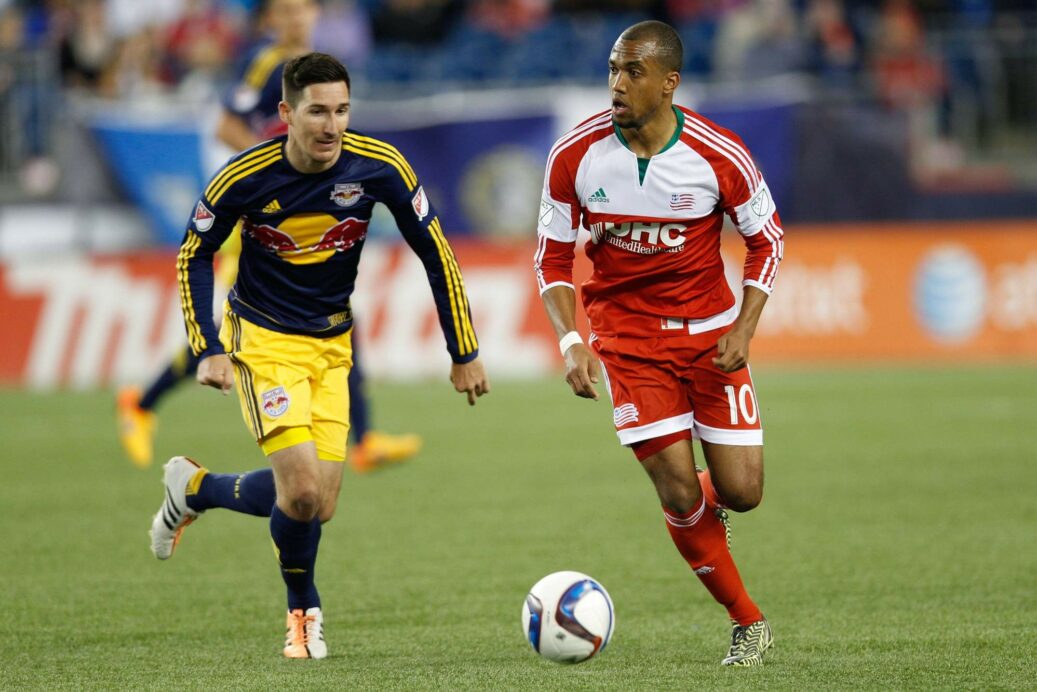 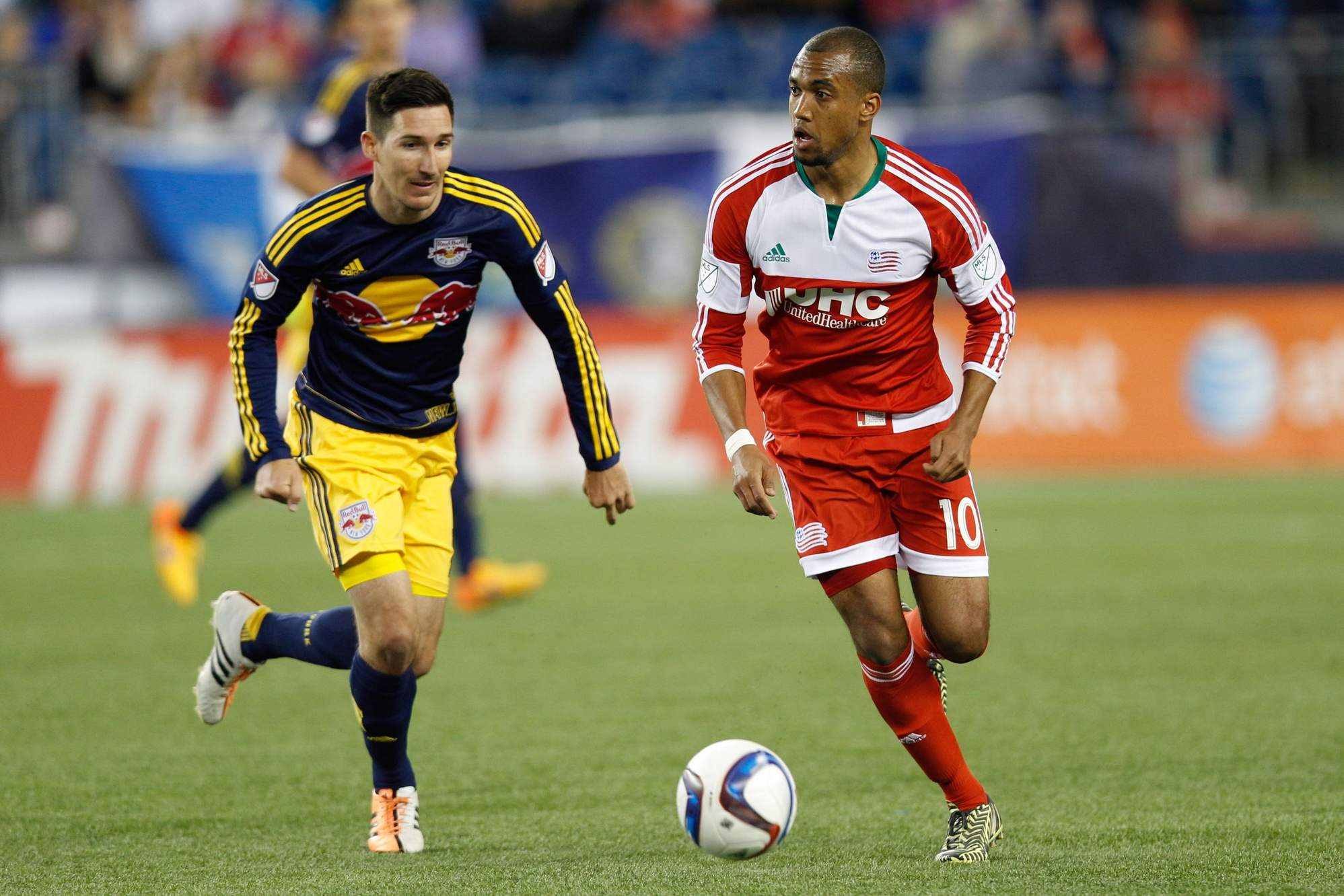 With injuries, suspensions and international call-ups, it’s a more level playing field than ever for this weekend’s MLS action.

Two teams fighting to stay in the playoff picture in the Eastern Conference are the New York Red Bulls and New England Revolution, with only one point separating the pair. The Revolution have been in major free fall, losing their last four matches, but the Red Bulls haven’t been much better, with just three wins since the start of May. A win for either team gives them another leg up on which to stand as the playoff race heats up.

Elsewhere in MLS, Orlando City, playing without Kaka due to a red card, host FC Dallas, the Seattle Sounders visit the Chicago Fire without nearly all of their starting front line attackers and the Columbus Crew look to record their first road victory since last October.

Here’s a closer look at this week’s MLS slate:

Coming off a lifeless performance against the Portland Timbers, the San Jose Earthquakes look to rebound when they take on the Houston Dynamo.

The Earthquakes have suffered without Matias Perez Garcia (injury) and Chris Wondolowski (USMNT), but they take on a team with more players out due to international call-ups. The Dynamo are without four players; Giles Barnes, Luis Garrido, Oscar Boniek Garcia and Jermaine Taylor, putting even more pressure on Ricardo Clark, Will Bruin, and Brad Davis to win on the road. Houston are winless in their last four.

The hottest team in MLS, the Portland Timbers, visit the Philadelphia Union, looking to continue their climb up the Western Conference ladder.

With six wins in their last seven games, the Timbers have finally found a winning formula, with the return of Will Johnson and Diego Valeri in midfield and the solidification of Liam Ridgewell and Norberto Paparatto in central defense. On the other side, the Union scrapped their way to a draw but will be without midfielder Erik Ayuk, and both Sebastien Le Toux and Fernando Arristeguieta are questionable.

Two slumping teams look to break out of the doldrums in a key Eastern Conference battle at Red Bull Arena on Saturday evening.

The New York Red Bulls started strong but faded late against the Columbus Crew, and continue to play without two backline starters in Kemar Lawrence and Roy Miller. The Red Bulls are likely to return Dax McCarty to the lineup after he was given rest following a grueling five games in two weeks schedule. The Revolution meanwhile have lost four straight and have struggled without Jermaine Jones in the lineup.

Kaka misses out on this match after being sent off for violent conduct last weekend against Real Salt Lake, when he was judged to have stamped on Javier Morales. Orlando City are also without Darwin Ceren and Cyle Larin, and Brek Shea and Aurelien Collin remain day to day. FC Dallas lost five players to the Gold Cup, including Blas Perez and Tesho Akindele, but Fabian Castillo should have a field day against the still inexperienced and young Rafael Ramos.

The Columbus Crew head up to Montreal this weekend looking for their first away win since last October, with their team coming together at a good time.

Head coach Gregg Berhalter has started the same lineup for four consecutive matches and with Wil Trapp building up his match fitness, we could even see him back in the lineup. Federico Higuain, Kei Kamara and Ethan Finlay are all playing their best soccer, making life difficult for opposing defenses, and the Impact will have their hands full.

The Impact will be without Andres Romero due to yellow card accumulation, but Ignacio Piatti and Jack McInerney are set to go against the Crew.

The West’s top team is set to do battle with the league’s bottom-dwellers.

The Sounders are plagued by international call-ups and injuries, with Clint Dempsey, Brad Evans, Marco Pappa and Obafemi Martins all missing out. The Sounders put out a less than full strength squad in two of the last three games and have suffered embarrassing losses to the Philadelphia Union and Portland Timbers. It’s a chance for Chad Barrett and Christian Roldan to grab a regular spot in the starting lineup.

The Fire are without Jeff Larentowicz and Shaun Maloney, but Homegrown Player Harry Shipp scored a brace against the Sounders last season and is hoping to do it again this Saturday.

Although both sides would like to be much higher on the table, the Rocky Mountain Cup could prove to be a turning point for both the Rapids and Real Salt Lake.

Currently sitting at the bottom of the Western Conference, the Rapids will now look to topple an RSL side that is unbeaten in the last five meetings between the two, including a three-game sweep last season. Even before the absences of Nick Rimando and Kyle Beckerman, RSL have struggled and are stuck in eighth place out West, opening the door for the Rapids to make up ground on their rivals this weekend.

Frank Lampard was set to make his NYCFC debut Sunday, but the wait will continue, as he has been ruled out of Sunday’s matchup with Toronto FC.

While the 37-year-old English star sits out due to injury, Andoni Iraola is likely to join the NYCFC starting lineup as he helps bolster an NYCFC team that has won four of five. Meanwhile, TFC will be without superstars of their own, as Michael Bradley and Jozy Altidore join NYCFC’s Mix Diskerud with the U.S. Men’s National Team. With that, the scoring duties will once again fall on the shoulders of Sebastian Giovinco, who has provided eight goals and seven assists in 16 games this season.

Two of the West’s top contenders will battle it out Sunday as both sides try to gain ground in the playoff race.

Despite sitting in just sixth place, Sporting KC has won four of the team’s last six while maintaining at least two games in hand on each team above them. However, SKC will be without Marcel de Jong and Graham Zusi due to Gold Cup duty, with the latter’s absence giving David Ousted and the stout Whitecaps defense a little less to worry about on the attacking end. The onus will then lie on the SKC defense to cope with an attacking unit of Octavio Rivero, Kekuta Manneh and Cristian Techera.