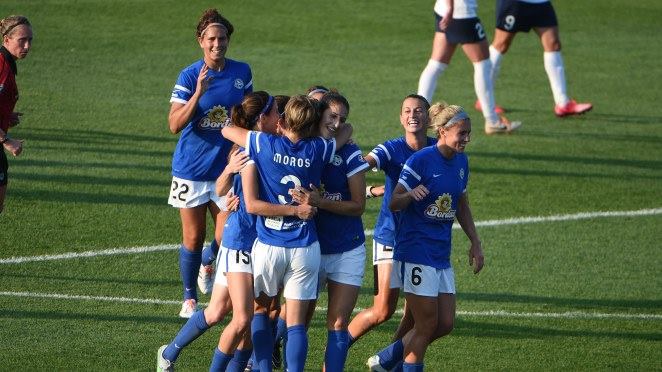 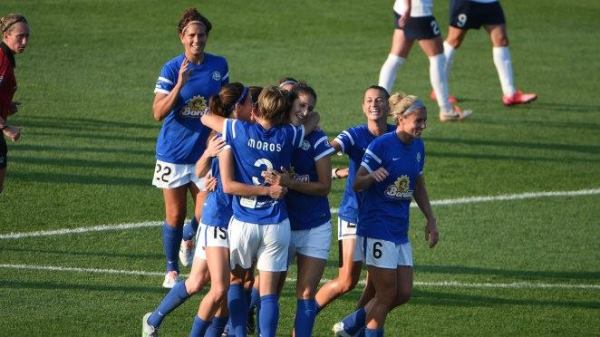 The NWSL will welcome back its Women’s World Cup players this coming week, but first the clubs went through their last deprived weekend without their stars.

Results over the weekend were surprising, with the Portland Thorns finally recording a win, albeit over last-place Sky Blue FC, and FC Kansas City thumping the Washington Spirit. In the first of only three games played on Friday, the Western New York Flash grabbed a home point against the second-place Seattle Reign.

Here is a recap of the action around the league this past week.

As FC Kansas City returned home to Swope Soccer Village, the team took a big step forward in an insofar disappointing season with a 3-0 win over third-place Washington Spirit.

Yael Averbuch scored her first goal of the season in the 27th minute with a free kick from just outside the 18-yard box.

Forward Frances Silva’s return from injury for FC Kansas City proved to be successful as she assisted Groom’s goal in the 53rd minute.

Although the Washington Spirit’s match against the Chicago Red Stars was postponed due to inclement weather and has yet to be played, the Spirit still will not have a game in hand on the competition and have played 11 matches so far this season. The Western New York Flash can move level the Spirit in third place at 17 points with a win in its game in hand.

Having gone without a win since May 8, FC Kansas City cling to the top half of the table with this win and will get a boost in the coming months when Lauren Holiday returns from World Cup duty to provide some stability in the midfield.

Seattle Reign midfielder Kim Little was named NWSL Player of the Month for June due to her performances in wins over the Chicago Red Stars and, most recently, a 3-2 win over the Boston Breakers.

However, the Western New York Flash were able to cancel out a Little goal, her fourth of the season, for a 1-1 draw in Rochester, New York, on Friday night.

In the 84th minute, Lynn Williams finished off an Elizabeth Eddy cross from short-range that trickled past the six-yard box for Williams’ finish.

The draw for Western New York brings an end to a three-game winning streak for the Reign and puts the Flash level on points with FC Kansas City in middle of the table, but Western New York still holds an extra game to play.

The Portland Thorns recorded their first win since April with a 2-1 win at Providence Park in Portland, Oregon, over the last-in-the-league Sky Blue FC. Two second-half goals from Allie Long — a penalty — and Sinead Farrelly lifted the Thorns over Sky Blue’s 27th-minute goal from Katy Freels.

Farrelly’s goal came from a header at the back post int he 79th minute to break the deadlock. Alyssa Kleiner’s whipped cross found Farrelly with plenty of time to knock the ball past Sky Blue goalkeeper Brittany Cameron.

Farrelly added her second goal this year while Long converted from the spot for her fifth goal of the season in the 70th minute.

Leading the way for Farrelly to claim the Thorns win was a red card that ensued in Long’s penalty as Cami Levin was sent off for a reckless challenge in the area.

Freels has been one of few bright spots for Sky Blue this season as she has contributed four goals. Sky Blue have not received the contribution it had expected this season from striker Nadia Nadim, who was signed during the course of last season.

Things can’t get much worse for Sky Blue FC. Christie Rampone will return from the Women’s World Cup having only made two appearances and might only contribute minimally to the Sky Blue back line. Kelley O’Hara, however, will be a big boost to the team after a big World Cup performance.