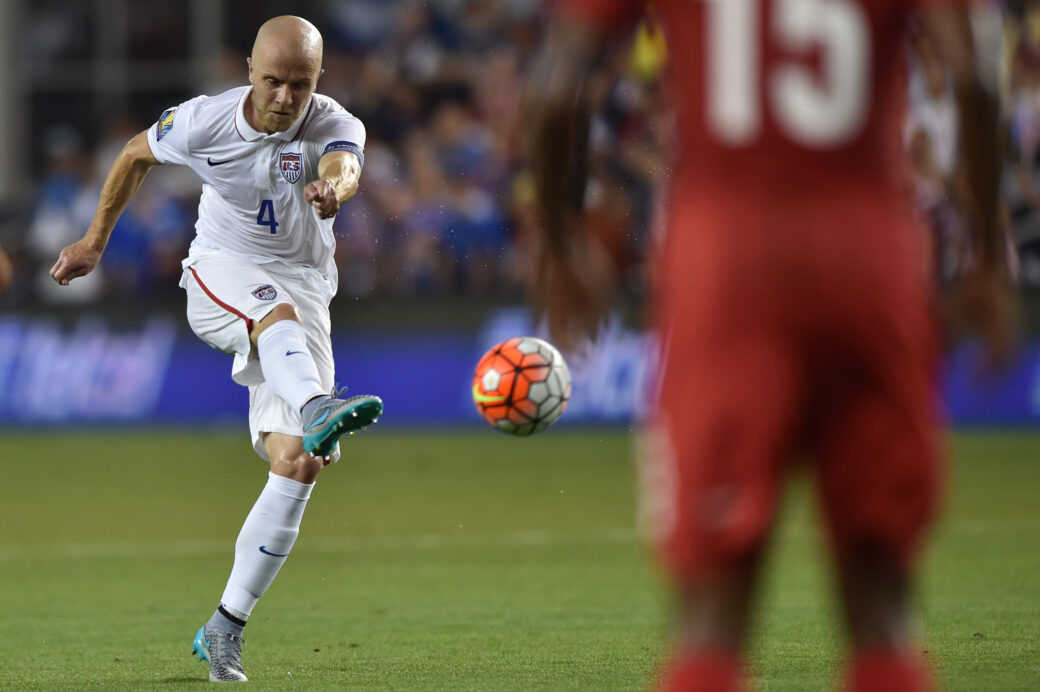 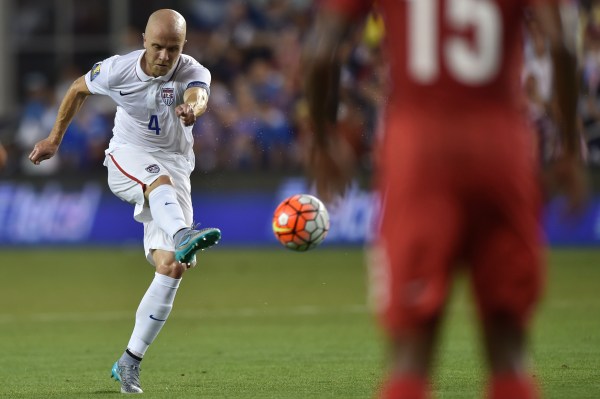 The U.S. Men’s National Team is making a habit of finding ways to get results despite playing far from its best.

The U.S. used a second-half goal from captain Michael Bradley to overcome a drab first half and grab a 1-1 draw with Panama at a hot Sporting Park in Kansas City, Kansas, on Monday night. The Americans fell behind in the 34th minute of the Group A finale after Blas Perez took advantage of some poor defending, but Alejandro Bedoya fed Bradley for the equalizer 10 minutes after the break.

The result saw Jurgen Klinsmann’s side, which had already won the group last Friday, finish with seven points. Panama, meanwhile, placed third with three points after seeing Haiti move to second by stunning Honduras, 1-0, earlier in the day.

Bradley came through for the Americans in one of their best passing sequences of the night. Some interchanging play between Alejandro Bedoya, Gyasi Zardes and Clint Dempsey allowed Bedoya to deliver a well-weighted cross that Bradley pushed home with a diving effort.

The goal was Bradley’s 14th for the U.S., and first since scoring an Olimpico in a 2-0 win over Panama in a friendly back in February.

Bradley’s 55th-minute strike helped the U.S. dig out of the hole it fell in when Perez capitalized on some shoddy defending in the 34th minute.

Though replays showed Luis Tejada was offside at the start of the play, the Panamanian attacker got on the ball inside the 18-yard box and turned easily on young centerback Ventura Alvarado in the penalty area. Tejada then hit a low ball to Perez, who snuck between John Brooks and Timmy Chandler to push home the opener from close range.

The Americans’ defense had been tested on several occasions prior to that. Tejada had even scored in the 10th minute by getting on the end of a free kick, but the goal was called back for offside.

U.S. goalkeeper Brad Guzan was also called into action in the 22nd minute, stopping a corner kick that ricocheted off Alvarado before having to block the strong rebounded effort from Valentin Pimentel.

One of the biggest talking points came in the 41st minute, as the U.S. appealed strongly for a penalty kick.

Starting forward Chris Wondlowski played Bedoya through on goal, but the veteran midfielder was clipped by Harold Cummings. Replays showed that the incident occurred outside the penalty area, but the referee allowed play to continue nonetheless.

While the Americans struggled with possession until Clint Dempsey and DeAndre Yedlin were inserted at halftime, they did test Jaime Penedo twice in the first half. Penedo alertly pounced on a low cross from Bedoya in the 16th minute, and stopped a knuckling effort from distance from Bradley two minutes later.

The U.S. played better in the second half, both with and without the ball, but still gave up some looks to Panama. Guzan came up big on one play in the 75th minute, reacting well to stop a one-timed effort from substitute Miguel Camargo at the near post.

Kyle Beckerman had the Americans’ best chance to take the lead two minutes later, but his sizzling shot from outside the penalty area went wide of the goal by a couple of feet.

The U.S. now has to wait to see which nation it will face at M&T Bank Stadium in Baltimore, Maryland, in the quarterfinals of the Gold Cup on Saturday. The opponent will be either the third-place finisher of Group B or C.

Klinsmann can make alterations to his squad, as CONCACAF allows up to six personnel changes after the group stage.

What do you think about the USMNT’s 1-1 draw with Panama? Which players impressed/disappointed you? Concerned with the level of the Americans’ performances thus far?