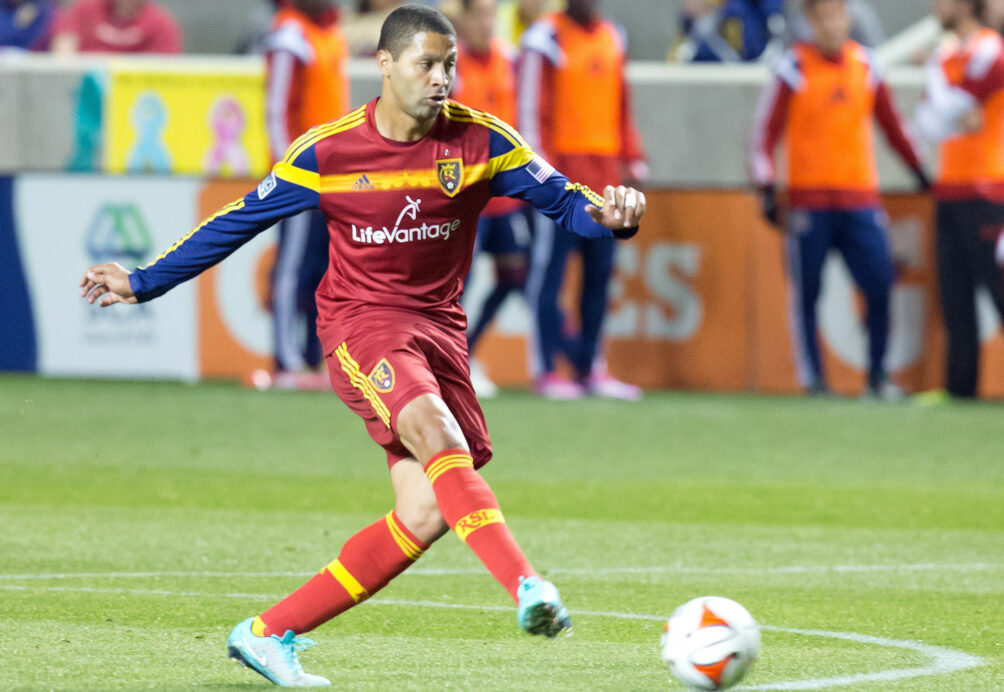 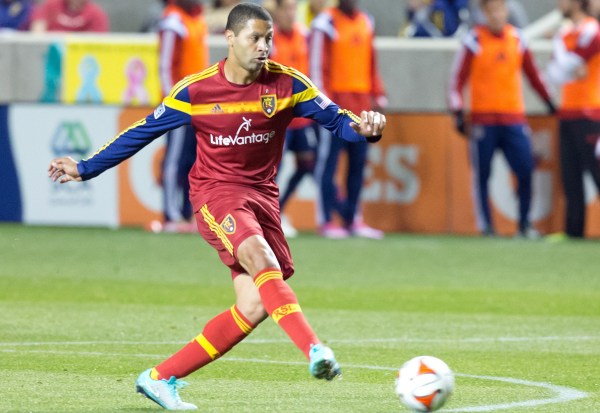 When Alvaro Saborio returns to MLS from playing for Costa Rica at the CONCACAF Gold Cup, he will not be joining Real Salt Lake.

It was announced on Thursday that RSL agreed to a trade that sends Saborio to D.C. United in exchange for midfielder Luis Silva. The 33-year-old Saborio leaves RSL as the club’s all-time leading scorer with 63 goals.

“Alvaro was a legend with this club and we thank him for his time spent with RSL,” RSL’s technical director Craig Waibel said in a prepared statement. “But the time has come for us to evolve as a club and this trade is a great opportunity to add a talented player in Luis Silva who can bring a lot to this team.”

Silva, 26, joins RSL after being limited to just four starts in 14 appearances for D.C. United this year. Since being traded to D.C. back in July 2013, Silva has appeared 54 times for the club in league play, scored 15 goals and assisted on six others.

Silva’s best season came in 2014, as he netted 11 times while helping set up four other goals.

“We would like to thank Luis for his contributions to our club, and we wish him the best for future success,” said D.C. United general manager Dave Kasper in a separate statement.

Here are more news and notes around MLS:

A day after reports came out stating that Bakary Soumare wanted to leave the Montreal Impact, the club granted him his wish.

Soumare was shipped to FC Dallas on Thursday in a trade that saw the Impact get Canadian international Kyle Bekker in return. The 29-year-old centerback had started nine of the 10 league games he played this season for Montreal, but was not pleased with his recent lack of playing time and asked to be traded.

In Bekker, the Impact have a 24-year-old midfielder who has already earned 16 caps for Canada’s national team. This season, his first with FC Dallas, Bekker made just two starts in eight appearances and had one assist.

“We are happy to bring a young Canadian player to our team who has a lot of potential. We look forward to having him integrate with our group,” said Impact technical director Adam Braz in a statement. “We thank Bakary for his services and wish him all the best with his new club.”

The additions of Frank Lampard and Steven Gerrard to this year’s MLS All-Star Game did not sit very well with many people across the league, but the league is looking to make amends in a way.

An MLS spokesman confirmed on Wednesday that two more MLS players will receive All-Star Game bonuses this year, bringing the total to 34 players as opposed to the 32 that is stipulated by the Collective Bargaining Agreement. The decision comes after Lampard and Gerrard were controversially chosen as MLS commissioner Don Garber’s two picks for this year’s All-Star Game despite not yet playing a single minute in the league.

The inclusion of the pair of Englishman would have meant that two more deserving MLS players lost out on receiving All-Star Game bonuses, but the league is rewarding two more players than was expected in an effort to make things more fair.

The MLS All-Star Game takes place on July 29, and the opponent for this year’s match is Tottenham Hotspur. The game will be played at Dick’s Sporting Goods Park in Commerce City, Colorado.

Robbie Keane won the 2014 MLS MVP award for his record-setting season last year, and now he has even more hardware to add to his trophy cabinet as a result of that impressive campaign.

Keane was awarded the Best MLS Player award at the 2015 ESPY Awards for his sterling performances last year. The veteran forward scored 19 goals and added 14 assists — both career highs — in the 2014 regular season, and added two goals and three assists in the playoffs en route to helping the LA Galaxy lift their fifth MLS Cup trophy.

The Irish striker is the third Galaxy player after Landon Donovan and David Beckham to win an ESPY for Best MLS Player. Eight of the 10 ESPYs since that award was introduced have been claimed by Galaxy players.

What do you think about the Saborio-Silva trade between RSL and D.C. United? Will FC Dallas give Soumare the kind of playing time he wants? Should the ESPY for Best MLS Player be renamed to “Who Was the Best LA Galaxy Player Last Season” award?