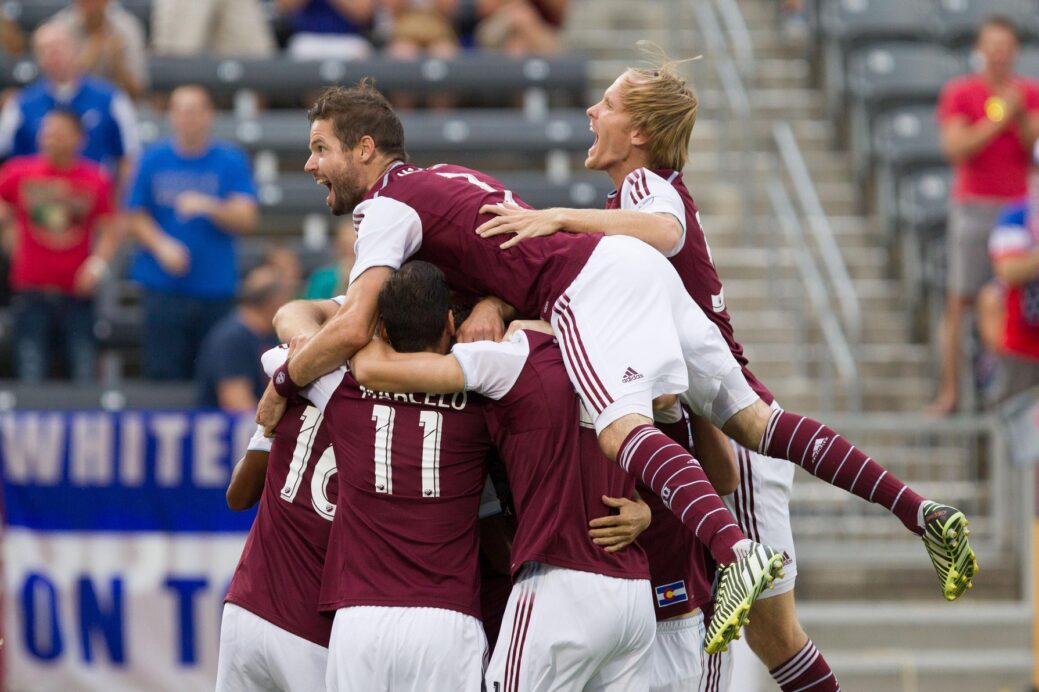 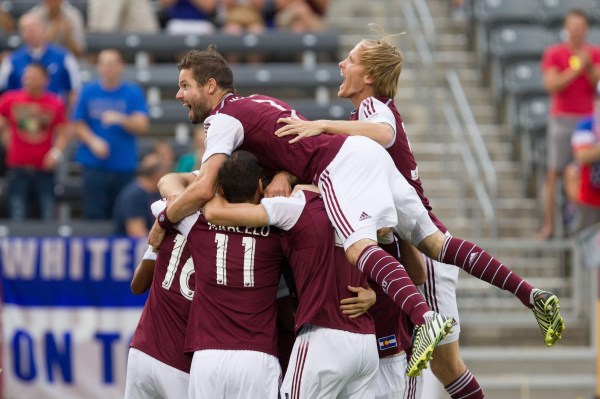 The holiday weekend provided plenty of changes in MLS, as several teams picked up major upsets to shuffle up the MLS Power Rankings.

Meanwhile, both the LA Galaxy and Portland Timbers continued their respective hot streaks, while FC Dallas served up a statement with a thrashing of the New England Revolution to assert the West’s dominance over the MLS landscape.

Here are the SBI MLS Power Rankings for Week 18, as voted on by SBI’s editorial staff:

OUTLOOK– Blessed with a bye week, Sporting KC enter the upcoming match with the Impact with fresh legs and riding a bit of a hot streak. Sporting KC has lost just one of the team’s last eight game, but will now need to recapture that momentum without Graham Zusi, who will be away on international duty.

OUTLOOK– After falling into a bit of a trap with last week’s loss to the Earthquakes, the Galaxy left little doubt as to where they stand with Saturday’s thrashing of TFC. Robbie Keane once again asserted his dominance and with the Steven Gerrard cavalry coming, the Galaxy are poised to make another big run.

OUTLOOK– After going through a major rough patch without the team’s two stars, the Sounders picked up what is likely their most impressive win of the season with Friday’s besting of D.C. United. Still, without Clint Dempsey and Obafemi Martins for the near future, the Sounders still have a lot to prove as a unit until their two DP’s return.

OUTLOOK– Despite facing off with a shorthanded Sounders side, D.C. United failed to muster a goal in a disappointing 1-0 loss. Having a look at the table leaves no question as to where D.C. lies when it comes to the rest of the East, but questions still remain

OUTLOOK– They may have left it for late, but the Timbers’ surge continued on Sunday with yet another victory. Continuing to climb in the West, the Timbers look legitimately dangerous now that everyone has returned to fitness. Now a contender, it’s up to the team to remain consistent as everyone continues to round into form.

LAST WEEK: Lost, 2-1, to the Colorado Rapids on Saturday

OUTLOOK– Definitely a frustrating result for a Whitecaps team that still remains right in the midst of a Supporters’ Shield race. Dropping points to the lowly Rapids is definitely a major setback but that could be remedied with a result against a fellow contender in Sporting KC this weekend.

OUTLOOK– After topping the Dynamo last week, FC Dallas made another statement Saturday in a demolition of the overmatched Revolution. Everyone knows that the FC Dallas attack has the firepower to explode at anytime, but in order to continue a push to the top, these performances will need to happen much more consistently than they have in the past month or two.

THIS WEEK: at New York City FC on Sunday

OUTLOOK– Without Michael Bradley and Jozy Altidore, TFC looked like a shell of itself in an absolute thumping from the Galaxy. Sebastian Giovinco may just be the best player in the league, but it will take more than the diminutive Italian to carry the load for a TFC team that will be without a pair of stars for at least a few more games.

OUTLOOK– After experiencing a mini hot streak, the Red Bulls came back down to earth with a loss against the Columbus Crew. A frustrating result considering the early goal, and a result that leaves the Red Bulls right on the line when it comes to the current playoff race.

OUTLOOK– After toppling the Sounders and Galaxy, the Earthquakes suffered a bit of a setback this week against the Timbers. Still, giving up a late goal to fall to the league’s most in-form team is no reason to despair, as the Earthquakes’ status as playoff contenders remains firm.

OUTLOOK: Another spectacular 90 minute performance from Ethan Finlay, but it may have been a two minute cameo from Wil Trapp that is the most important takeway from the Crew’s win this past weekend. With Trapp healthy, the midfiedler joines a surging Finlay and Kamara, providing even more balance to a Crew team that now has the mettle to rejoin the Eastern Conference’s top sides.

THIS WEEK: at New York Red Bulls on Saturday

OUTLOOK–  Having now lost four out of five, the Revs continue to struggle without Jermaine Jones. Slipping towards the pack in the East, the Revs can’t seem to function without Jones in the midfield, a scary thought considering the midfielder’s absence for at least another month or so.

THIS WEEK: vs. Toronto FC.

OUTLOOK– After seeing their three-game winning streak halted last week, NYCFC did well in a major bounce-back game against the Impact. However, gazes immediately turn towards next week’s match, which will feature the debut of Frank Lampard and Spanish import Andoni Iraola, two players that will immediately elevate NYCFC’s starting lineup.

OUTLOOK– Orlando City may have dropped two points in a draw with RSL, but the biggest loss will likely be that of Kaka. Having been issued a red card, Kaka will likely be absent starting this weekend against FC Dallas, a tough team to face without their superstar playmaker.

OUTLOOK– In a game where they could have easily earned all three points, the Dynamo will be disappointed in letting a lead slip to the Fire. With just one point in hand, the Dynamo are falling further and further out of the playoff picture, a scary proposition heading into the second half of the campaign.

OUTLOOK–Although the point was probably a fair result, RSL would have liked to have done more against a 10-man Orlando City. Falling further and further back, RSL now face a rough patch ahead without the ever-reliable Nick Rimando, Kyle Beckerman and Alvaro Saborio due to the Gold Cup.

OUTLOOK– Having snagged just one point from a double-game week last time out, the Impact were saddled with yet another disappointing result this time out against NYCFC. The good news is that the Impact still carry plenty of games in hand, but those games will be for naught if points aren’t gained more efficiently going forward.

OUTLOOK–Despite entering this past weekend winless in six games, the Rapids pulled off the upset of the weekend in knocking off the highly-regarded Whitecaps. With Kevin Doyle leading the way, the Rapids have plenty of room for improvement, and they may have finally found the player that could lead the way to better days and, more importantly, goals.

OUTLOOK– Riding a big week prior to this weekend’s bye, the Union will look to carry momentum into Saturday’s matchup with a surging Sounders team. Despite all of the team’s early-season struggles, the Union remain just outside the Eastern Conference playoff picture, providing some promise heading into the second half of the season.

OUTLOOK– Picking up a point is a welcome result for a Fire team that remains in a major funk. Winless since May 30, the Fire need changes, and fast, as the club now sits three points back of the rest of MLS.