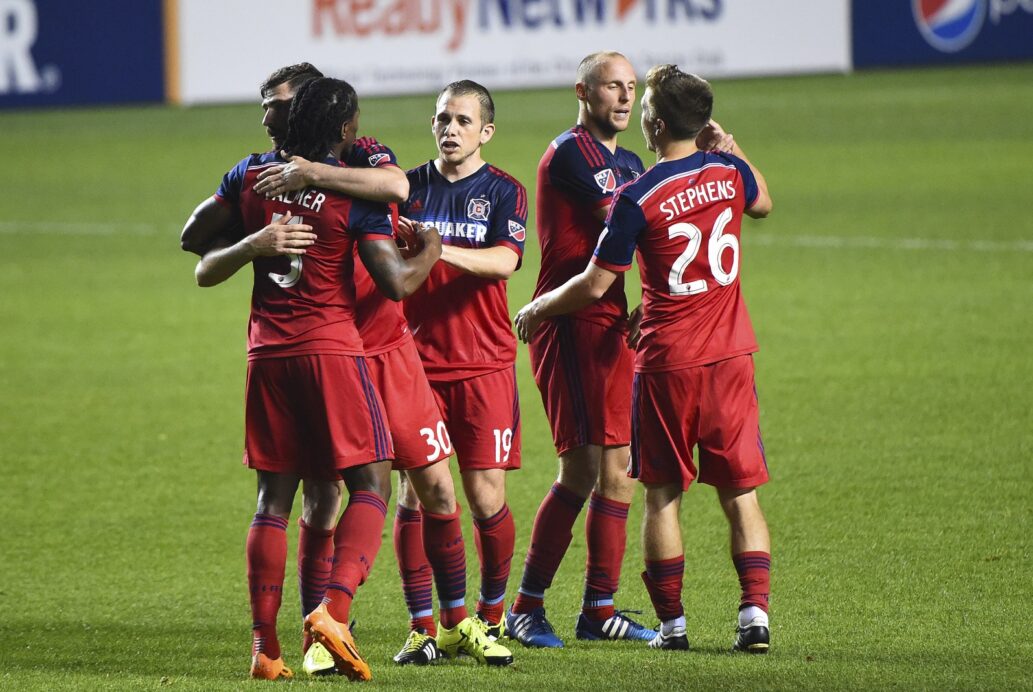 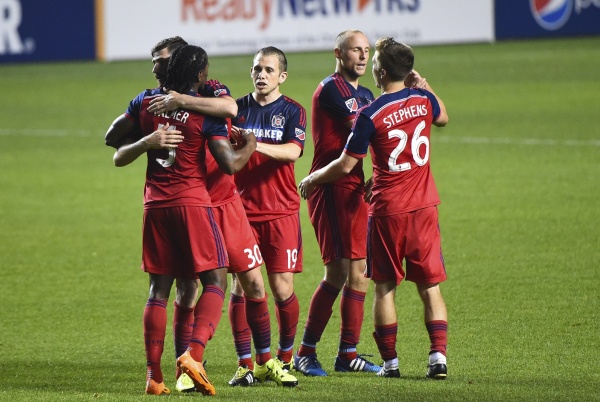 With many of the league’s top teams raided by Gold Cup absences, this past week proved to be the week of the underdog.

The four lowest ranked teams of last week’s SBI MLS Power Rankings each emerged victorious this past weekend, as the Montreal Impact, Colorado Rapids, Philadelphia Union and Chicago Fire each picked up victories over teams above them in the standings.

With many of the league’s favorites dropping points, Sporting Kansas City remained hot, defeating fellow contenders in the Vancouver Whitecaps to cement SKC’s status as the league’s most in-form team.

Elsewhere, both FC Dallas and the New York Red Bulls sent clear messages in big-time wins, while Toronto FC and New York City FC demonstrated their attacking prowess, and their defensive frailties, in an exciting 4-4 draw.

Here are the SBI MLS Power Rankings for Week 19, as voted on by SBI’s editorial staff:

OUTLOOK – Having now won four of five, Sporting KC continues to be MLS’ hottest team after picking up a big-time win on the road against a fellow contender in the Whitecaps. It took some time to get things rolling, but SKC appear to be a well-oiled machine that can win a game in a variety of different ways.

OUTLOOK – The Galaxy had a bye from MLS play, but certainly impressed in the team’s friendly against Club America. With Steven Gerrard now entering the fold, it looks like the Galaxy are prepping for their now typical mid-to-late summer run through the league.

THIS WEEK: at FC Dallas on Saturday

OUTLOOK – Riding a bye week, D.C. United remains firmly planted atop the Eastern Conference standings, albeit with more games in hand. Still, D.C. has some questions to answer as to where they stand in the grand scheme of things, questions that can be answered in this weekend’s matchup with a Western Conference contender in FC Dallas.

OUTLOOK – Winners of three straight, FC Dallas is on a run, one that has carried the team all the way to a tie atop the Western Conference with a game in hand. The team faces a tough test this week, though, in D.C. United, with a win going a long way towards establishing FCD as a Supporters’ Shield threat.

OUTLOOK – For the Sounders, the upcoming series of games is about merely surviving, as the team continues to falter without Obafemi Martins and Clint Dempsey. Without the team’s two stars, the Sounders aren’t much of a threat, so these next few weeks are about hanging in the playoff race enough to strike when the duo returns.

LAST WEEK: Lost, 1-0, to the Sporting KC on Sunday

OUTLOOK – For the second time in as many weeks, the Whitecaps were frustrated by a loss. Luckily, the West continues to condense around them, leaving the race for the conference’s top spots wide open for team’s one through six.

OUTLOOK – Following a loss to the Crew last time out, the Red Bulls absolutely thumped the Revs in a game that turned into quite a statement. When clicking, the Red Bulls are a scary team that can press to death, posing a major test to each and every team in the league on their best day.

OUTLOOK – For as good as Sebastian Giovinco was, the TFC defense was equally as putrid. Giovinco literally carried TFC to four goals, but TFC’s efforts were undone by sloppy defending that yielded two penalty kicks. Defensive reinforcements would be welcome, but as long as Giovinco is around to carry the load, TFC has a chance.

LAST WEEK: Lost, 3-0, to the Philadelphia Union on Saturday

OUTLOOK – Having run through nearly all opposition in recent weeks, this past weekend’s defeat to the Union is a tough pill to swallow for the Timbers. Losing to one of the league’s bottom dwellers is a tough one, signaling a need to regroup against the rival Whitecaps this weekend.

OUTLOOK – In a matchup featuring two absolutely calamitous defenses, NYCFC did well to come from behind twice to earn a home point against a superhuman Sebastian Giovinco. David Villa continues to fire on all cylinders on the attacking end, giving NYCFC plenty to look forward to if/when Frank Lampard takes the field.

OUTLOOK – Following back-to-back wins, the Quakes have now been saddled with back-to-back losses in what has been a frustrating two-week goalless stretch. Sitting five points out of a playoff spot in a crowded Western Conference, the Quakes will need to be better going forward to seal a spot in the postseason.

OUTLOOK – Another frustrating defeat for the Dynamo, who just can’t seem to put it all together for any sustainable amount of time. Still hanging on out West, the Dynamo remain in the playoff conversation, but won’t for long if results don’t start coming.

OUTLOOK – Another stinker from the Crew follows what appeared to be a breakout performance last time out against the Red Bulls. Getting absolutely smashed by the Impact is a horrible result for the Crew’s playoff ambitions, as the team continues to sink back into the crowded Eastern Conference picture.

OUTLOOK – Without Kaka and forward Cyle Larin, Orlando City couldn’t muster enough to challenge FC Dallas this past weekend. Kaka will return following his suspension, while Larin may rejoin the team if Canada are eliminated from the Gold Cup, giving the Lions some extra firepower this weekend against the Red Bulls.

THIS WEEK: at Sporting KC on Saturday

OUTLOOK – A huge win for the Impact, who did well to jump on the Crew early to snag a crucial three points. The early season games in hand are starting to catch up, and the Impact have put themselves in a position to make a legitimate run at the postseason.

THIS WEEK: vs. New York CIty FC on Saturday

OUTLOOK – Having now lost five out of six, the Revs are in an absolute rut. Even without Jermaine Jones, the Revs aren’t this bad. It’s certainly not a lack of talent, but rather a lack of effort or confidence, something Jay Heaps will need to remedy and soon.

OUTLOOK – Huge victory for the Union, who really took it to a Western Conference contender in the Timbers. Sitting just outside the playoff picture, one has to praise the resolve shown by the Union to move out of that early-season funk and back into a legitimate position in the Eastern Conference.

OUTLOOK – Five goals in two games see the Rapids pick up back to back wins on the heels of what might be two of their more impressive performances of the campaign. The pair of performances give Pablo Mastroeni’s side something to build off with plenty of time left to add some positives to the campaign.

OUTLOOK – The Fire did well to take full advantage of a shorthanded Sounders team, earning a tough three points against a true contender. With a pair of games against the Crew upcoming, it’s now about building momentum and consistency to be carried throughout the summer months.

OUTLOOK – Without Nick Rimando, Kyle Beckerman and Alvaro Saborio due to the Gold Cup, RSL struggled mightily against a Rapids side they should be expected to beat. Giving up three goals to the Rapids is rough, as RSL’s rebuilding year continues to sink down the drain.