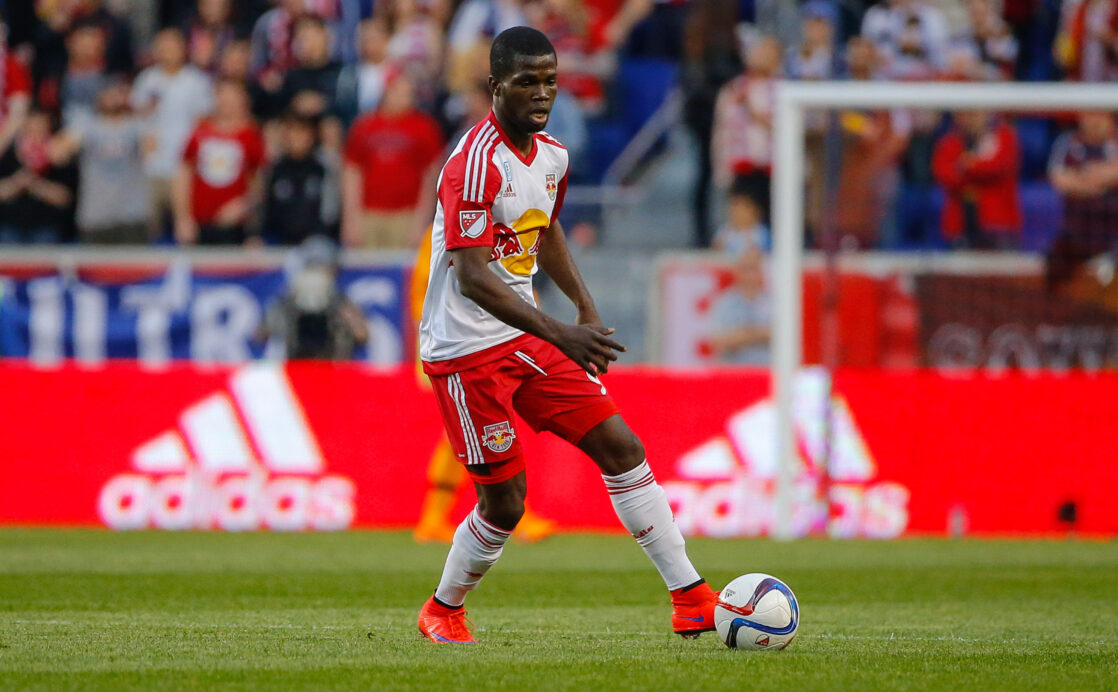 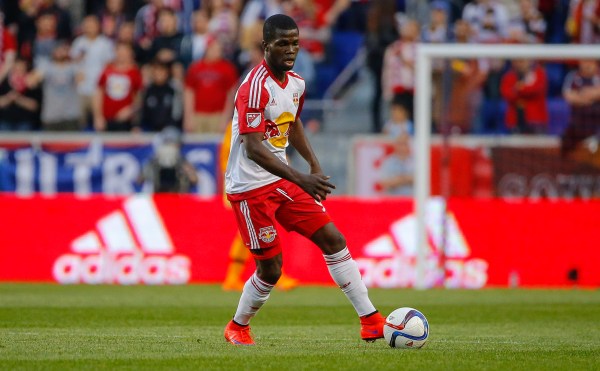 HANOVER, N.J. — Transitioning from one leadership group to another, the New York Red Bulls took a new and economic approach this past offseason. While the new regime faced plenty of criticism for that strategy, it still managed to make a first great find, signing a promising prospect who has carved out a starting role and impressed with a string of strong performances for club and country that includes a recent match-up against Lionel Messi.

Jamaican international Kemar Lawrence was acquired by the Red Bulls a couple of weeks into the season, signing via a transfer from Harbour View FC of the Caribbean island’s first division. Lawrence had spent part of the preseason with New York, but was only added to the MLS outfit’s roster after starting left back Roy Miller sustained an injury that ruled him out for a couple of weeks.

Boasting the trademark Jamaican confidence, but with a serious dose of humility and maturity, Lawrence made the most of his early opportunity. The 22-year-old speedster filled in for Miller on the left side of the defense in the Red Bulls’ second game of the year, and half season later, Lawrence has not looked back.

Lawrence has not only supplanted Miller from the starting left back role he has held for three years – getting the nod in 12 of New York’s 16 games – but Lawrence has also shown that he has all the tools to develop into something special in the future. Lawrence is quick, aggressive, tough, fearless, and, of course, full of self belief, as he demonstrated in a recent Copa America outing against Argentina and Messi, widely regarded as the world’s best player.

“It’s normally how I would prepare like on a regular day against any player,” Lawrence told SBI of going up against Messi. “I was just thinking about really forcing him down the line, letting him hit some crosses with his right foot, then I’ll take it from there. Obviously we knew he wasn’t going to go on his right foot, so that was really tough, but most of the times I tried not to get caught up with him.

“I just let him play his game, and it kind of helped because he wants you to come at him, he wants you to tackle him, he wants a lot of people to be rushing him because I think he has his best games at that moment. Me not getting clinged onto him, me not rushing him every minute I think it paid off best in my game, so he just kept playing across or playing back. He didn’t really want to dribble me or anything.”

Other players Lawrence’s age might get rattled or be in awe at the thought of having to size up Messi on the field – Lawrence’s Jamaican teammate DeShorn Brown took a post-game selfie on the field with the Argentine – but Lawrence is not your average youngster.

A religious person by nature, Lawrence prays and craves to perform first and foremost for his God and then the team he’s playing for. He cites that as a reason for why he is able to go out on the field “feeling free” and why he remains pretty calm regardless of the situation he is facing.

“But we got a kid who’s pretty refined and very competitive and very talented, so he deserves all the credit for establishing himself in this team and the way that he’s shown everybody what he’s all about,” Marsch said. “But you could see from Day 1 – whether it was the way he trained, or some of our preseason games, or even when you watched him on film for his national team – that he’s fearless and he steps on the field believing in himself.”

The confidence is what helped Lawrence push Miller, the longest-tenured player on the Red Bulls, out of the left back spot back in March. Lawrence knew when he signed with New York that he was behind the Costa Rican on the depth chart, but made sure to tell head coach Jesse Marsch in a respectful way just how hungry he was to take the starting role.

“He loved that attitude and I just want to keep that attitude, and it’s going good so far. I just thank God for all that and a great coaching staff.”

That Lawrence even ended up with the Red Bulls is due to a combination of persuasion and old ties. Lawrence’s agent, Damani Ralph, is a former teammate of Marsch and Red Bulls assistant Chris Armas. Ralph suggested to them that they take a look at Lawrence, who was a bit reluctant to try out for another MLS club after seeing a 2014 stint with D.C. United bear no fruit.

Lawrence’s grandmother in Jamaica eventually convinced him to give it a shot with the Red Bulls, and the club could not be happier about that.

“To put it simply, Kemar is a beast,” said Red Bulls captain Dax McCarty. “Defensively, I don’t know if he’s gotten beaten 1-on-1 this year. His recovery speed is incredible. He’s a young guy, but he’s eager to learn, he’s eager to help the team.”

Lawrence and the Red Bulls know that he can still refine his game regardless of how solid he is defensively. Lawrence is capable of getting forward and involved in the attack, but does not yet have the type of end product – he has no goals and one assist this season – that he or the club would like.

He is working on improving in that regard not only to help New York improve during the second half of the season, but also Jamaica. The Reggae Boyz are set to participate in the CONCACAF Gold Cup this month, and Lawrence, again, wants to seize the opportunity.

“I want to do so great right now that it’s unbelievable. I want my country to do so great so that it’s easier for the players to leave,” said Lawrence. “Right now we’re at a difficult point in the rankings that (makes) it not easy for the guys to just leave. If you’re a young player, you can’t just go to Europe like that. It’s kind of difficult, so I want that for the other players coming up.

“I definitely want to do well, I want my team to do well, we want to at least make it to the semifinals and show our presence from there. In your head you’re like, I need to get this done so people coming up can have that (opportunity).”