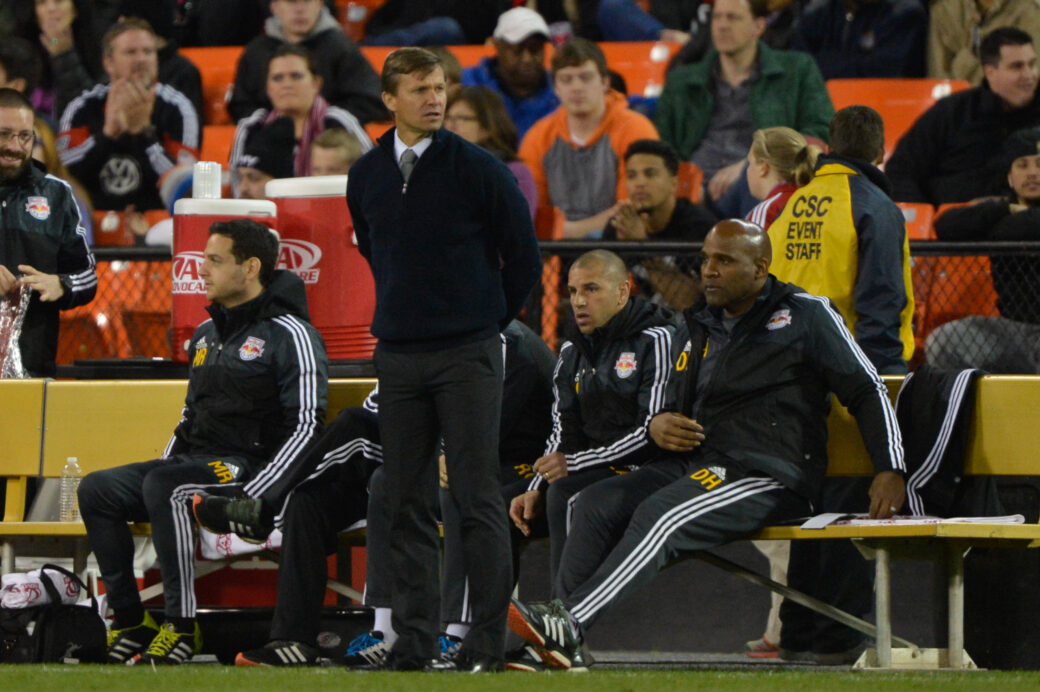 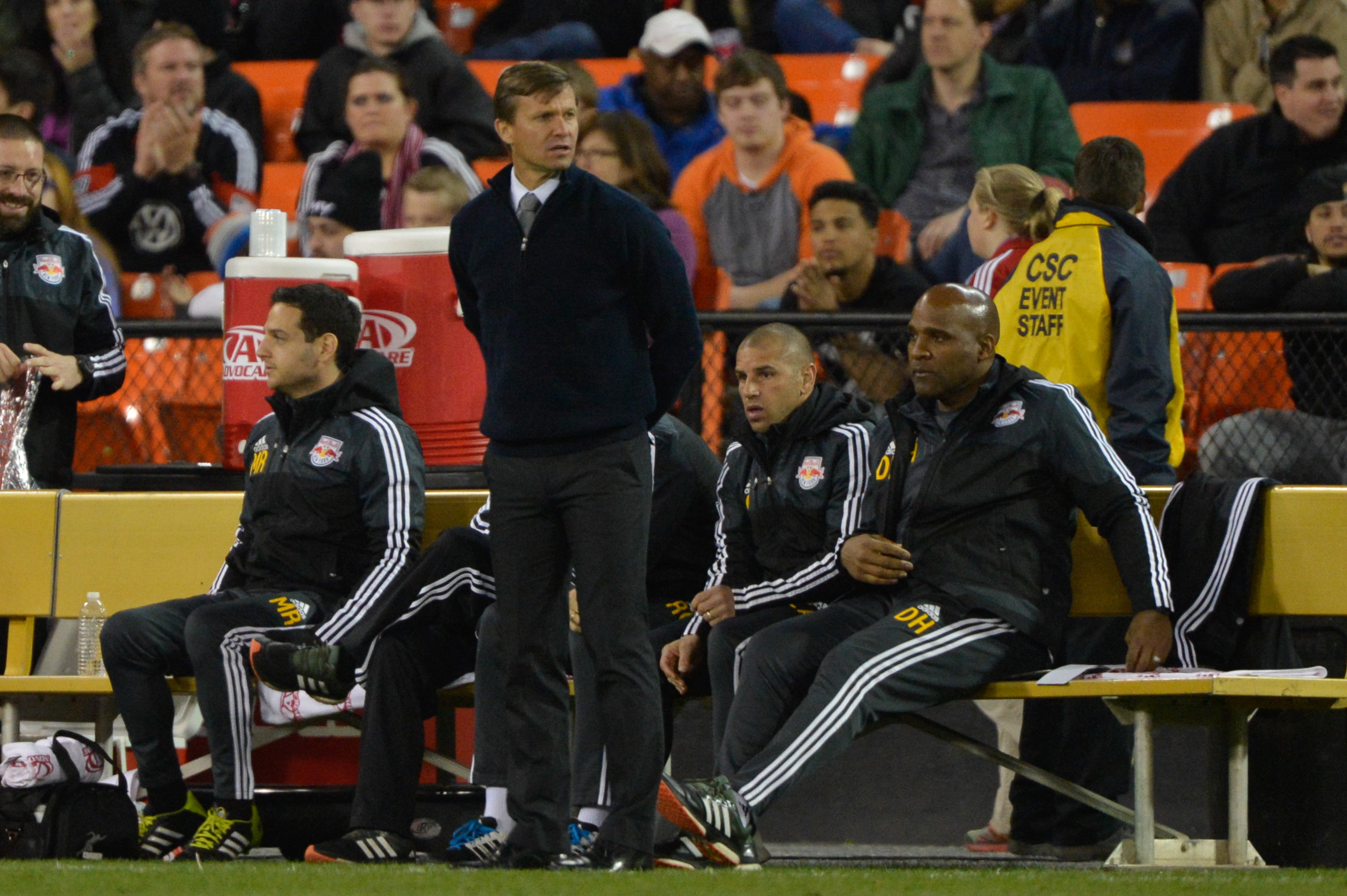 The New York Red Bulls seek a valuable win against the New England Revolution on Saturday night, but they will have to do so without head coach Jesse Marsch.

Two hours before hosting the Revolution, the Red Bulls announced that Marsch has been suspended by the MLS Disciplinary Committee for the match-up at Red Bull Arena. Marsch was sent off late in last week’s loss to the Columbus Crew for what was deemed improper conduct, but said earlier in the week that he had not heard anything from MLS regarding the incident.

As a result of the suspension, assistant coach Denis Hamlett will be in charge of the Red Bulls when they meet the Revolution. Hamlett has previously been a head coach in MLS.

The loss to the Crew was just New York’s second in the past five games. The club currently sits in sixth place, one point behind New England in the Eastern Conference.

What do you think of Marsch being suspended for the Revolution game? Surprised by the timing of the announcement? Think it will not matter much for the Red Bulls?