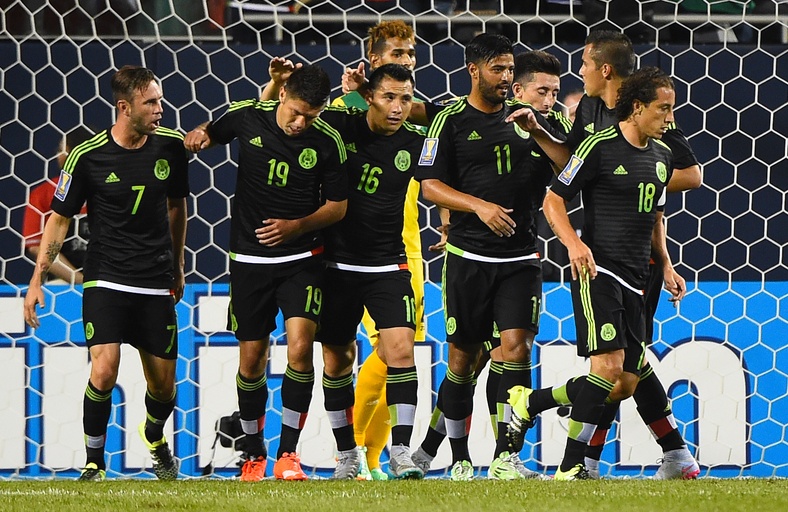 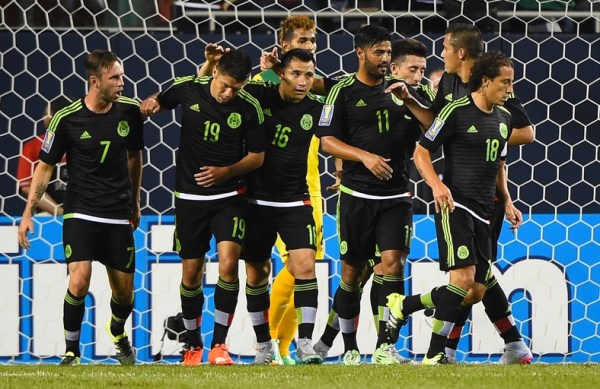 There was some high-scoring action in Group C of the Gold Cup last night, as Trinidad & Tobago took care of Guatemala in a 3-1 victory, and Mexico showed no signs of slowing down despite its injury woes, walloping Cuba 6-0.

In Chicago, Mexico made an example of Cuba in front of a huge Mexican contingent at Solider Field.

El Tri’s first goal in the 16th minute was a scrappy one, and after a few blocked shots in the Cuban box, the ball bounced to Oribe Peralta, who finally smashed it past the Cubans on their goal line. In the 36th minute, Peralta got his second when the ball came to him at the edge of the box after some neat passing from Mexico, and he slotted the ball into the goal.

In the 43rd minute, Antonio Rios played a lovely forward ball onto the head of Mexican captain Andrés Guardado, whose looping header beat Santiesteban for El Tri’s third of the match.

After halftime, the Mexican deluge continued. In the 61st minute Vela played a ball into the box which the Cuban defense were unable to clear, and it fell right to Peralta’s feet who converted from a yard out to complete his hat trick.

Mexico’s sixth and last goal came in the 74th minute, when a ball went from midfield over the top of the Cuban defense, which Giovanni Dos Santos controlled well and finished even better.

In the night’s other action, it only took T&T 10 minutes to open the scoring against Guatemala, when, on a Khaleem Hyland corner kick, Sheldon Bateau muscled his way in front of his man and volleyed home from close range.

Just three minutes later, T&T were on the scoreboard again. After some dreadful defending, the Guatemalan back line were unable to clear the ball, which bounced to the feet of Cordell Cato, who took the ball around Ricardo Jerez with ease and put his team two goals up.

In the 25th minute, Joevin Jones tried to play a ball through to Cato, but Jerez palmed the ball away. The Guatemalan keeper’s clearance fell back to Jones’ feet, and he struck a shot first time for his team’s third of the match.

The storm of Trinidadian attacks slowed down after that, and in the 60th minute, Guatemalan captain Carlos Ruiz got a goal back for his team after taking teammate’s Carlos Castillo Alonzo’s header down in stride and blasting the ball into the top-right corner, giving goalkeeper Jan Williams no chance. Although Guatemala pressured Trinidad & Tobago with some efforts late in the match, Ruiz’s goal was the last of the game.

Group C will be in action again on July 12th, when Trinidad & Tobago takes on Cuba, while Guatemala plays Mexico.