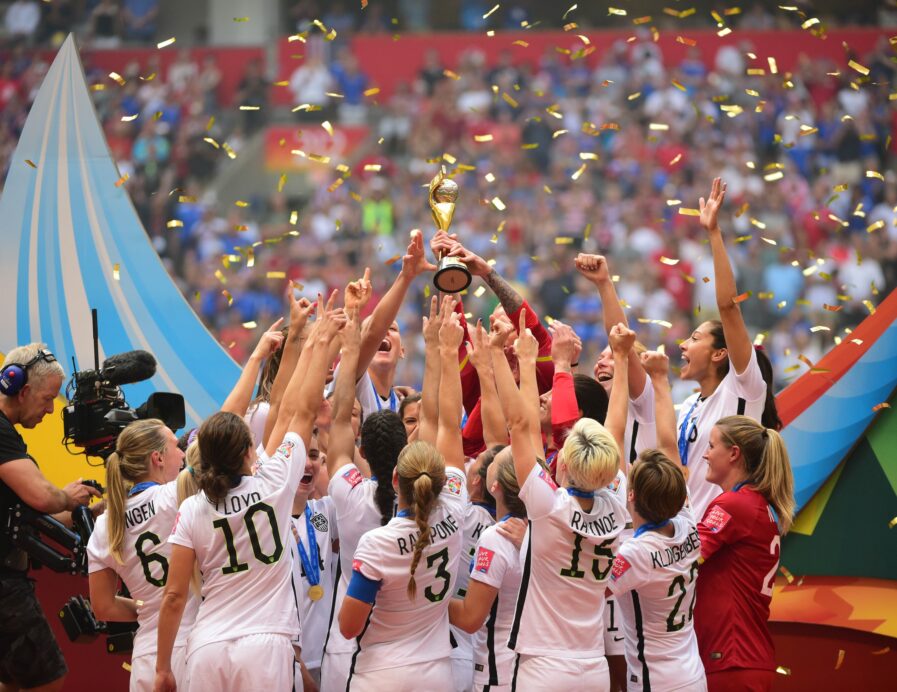 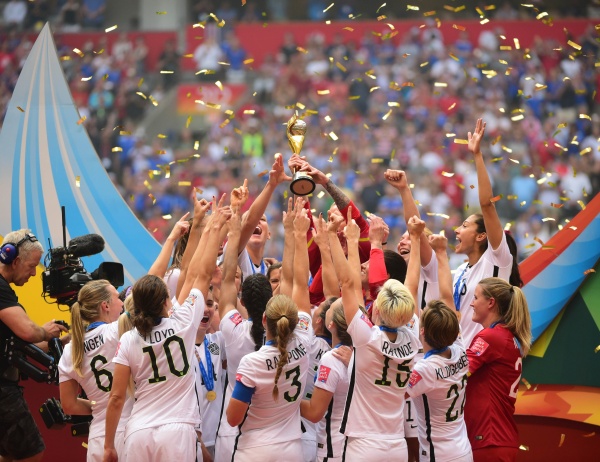 After 16 long years, the U.S. Women’s National Team can finally lay claim to the title of Women’s World Cup champions.

Sunday’s demolition of Japan, spurred on by a Carli Lloyd hat-trick, cemented the USWNT’s place in history, snagging the team’s third star while ending a 16-year drought. At times tumultuous, both on and off the field, the U.S. reigned supreme, overcoming a team that was previously a major thorn in the USWNT’s side.

With Sunday’s victory, the 2015 team, with Lloyd and head coach Jill Ellis in particular, cemented their legacies in U.S. soccer lore while demonstrating the team’s dominance yet again as the world continues to close the gap.

Here’s a closer look at some of SBI’s takeaways from the USWNT’s 2015 Women’s World Cup title run:

The U.S. Women’s National Team has seen its fair share of legends, and Carli Lloyd has now firmly grasped her place at the proverbial table.

Much like players such as Mia Hamm, Kristine Lilly and Michelle Akers that came before her, Lloyd cemented her spot as a top figure in U.S. soccer history due to her performances on the biggest of stages.

Even prior to Sunday’s hat-trick, Lloyd was leading the U.S. to victories, scoring in the Round of 16, quarterfinals and semifinals to push the USWNT on. Epitomizing a captain, Lloyd stepped up in the biggest moments before unleashing what was likely the best, and certainly one of the most memorable, performance in World Cup final history on Sunday.

Despite not winning the Golden Boot on a technicality, Lloyd did more than enough to grab the tournament’s Golden Ball and, in the process, cemented herself as one of the best to don the USWNT jersey.

For the past 16 years, every single player to put on a USWNT jersey has been a part of a comparison, but with Sunday’s victory, it’s time for that comparison to end.

Since that memorable 1999 team captured the attention of America, the USWNT has been unable to escape comparisons to ghosts of legends past. However, the 2015 Women’s World Cup championship team has done more than enough to emerge from the shadow of those that came before them.

While both teams will be remembered, the differences between the teams leave little room for comparing the two title winners. At the end of the day, it’s not about which was better or which was more relevant, it’s about the fact that the U.S. can now claim three stars atop the team’s crest.

If the 2015 tournament showed anything, it’s that the world is catching up, no matter how successful the U.S. may be. With Sunday’s victory, it’s time to stop comparing each and every team with the legends of yesteryear, as it is now time to let the USWNT as a program be compared with those they are actually competing with.

Throughout most of the tournament, Jill Ellis has been the subject of criticism and frustration, but it is well past time that the U.S. head coach gets her share of the credit.

The narrative has long been that the U.S. has won more-so in spite of Ellis than because of her. However, that stigma couldn’t be any further from the truth given the team’s performance in the tournament’s final few games.

Was Ellis a bit stubborn at times? Sure. Was she a little to averse to risk, especially early in the tournament? Probably. But there is little doubt that when it came to crunch time, Ellis pushed all the right buttons.

Even before seeing her team throttle Japan, Ellis was masterful in her handling of plenty of adversity. Seeing Alex Morgan injured to start the tournament, Ellis managed her forward’s minutes wisely, leaving Morgan full-strength for the stretch run. After a bit of experimentation that was admittedly lackluster, Ellis found what work just in time to push the U.S. to glory. Then, on a more personal level, Ellis did everything correctly in giving Abby Wambach and Christie Rampone the send-offs worthy of their statures.

They say that a coach’s toughest task is to get a team to peak at the right time, and peak is exactly what the U.S. did on Sunday night. No matter what the narrative may be, Ellis led her team to what was at times an improbable run to a World Cup trophy, and she should be commended for how well she managed the group on its way to glory.

U.S. STARS FAR FROM DONE DESPITE HAVING ONE EYE ON FUTURE

If one so chooses to put the 2015 World Cup title on the back burner, the U.S. already has plenty to look forward to when it comes to future tournaments.

While Wambach and Rampone will see the 2015 tournament serve as a swan song, the U.S. will boast plenty of firepower going beyond this summer’s tournament.

In defense, 23-year-old Julie Johnston and 30-year-old Becky Sauerbrunn will see their partnership extend for the next couple of years at the least, even though Sauerbrunn’s recent run may have been her true time at the top.

Morgan Brian looks destined to patrol the midfield for years to come, while 27-year-olds Lauren Holiday and Tobin Heath will definitely be fixtures in the years to come. Up top, Alex Morgan is just 26, while Sydney Leroux, Christen Press and Amy Rodriguez are all under the age of 29.

Even Hope Solo and Megan Rapinoe could continue on through the next cycle, as at 33 and 30 respectively, the duo could still make meaningful impacts going forward.

Where things get really interesting is the youngsters coming into their own currently, as the Johnston-led 2012 U-20 World Cup winning team begins to come into its own as professionals. With a series of young, hungry and battle-tested players waiting in the wings, it seems that the competition will get as hot as ever for USWNT spots going forward, even with the fazing out of some of the team’s veterans.

Despite seeing the rest of the world close the gap in recent seasons, the U.S. looks set to remain a power in the coming years.