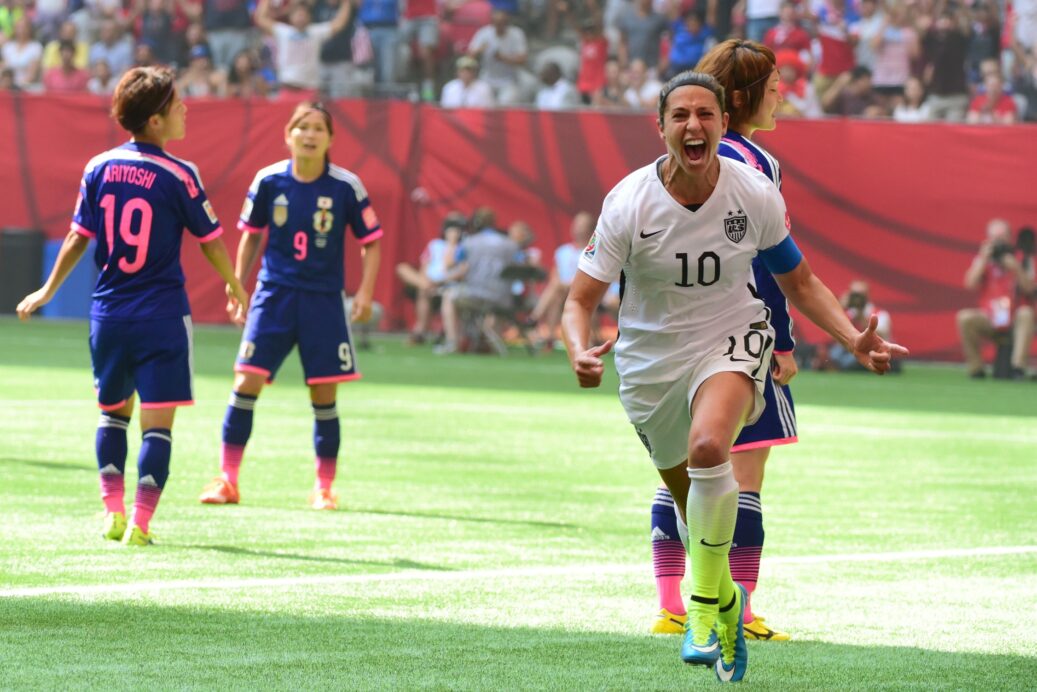 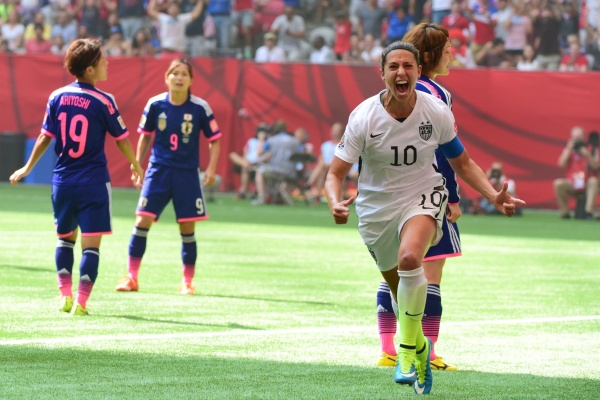 One goal in three minutes. Two in five. Three in 16.

The U.S. Women’s National Team ended nearly two decades of frustration by lifting the World Cup trophy on Sunday, and Carli Lloyd played a huge part in making it happen with her early hat-trick in the impressive 5-2 victory.

Lloyd scored three times inside the first 16 minutes at BC Place, including on a gutsy floated effort from near midfield, to help set the tone as the Americans won their first World Cup since 1999. The impressive goal-scoring performance from the veteran midfielder marked the first time a player scored a hat-trick in a Women’s World Cup final and earned Lloyd SBI’s USWNT Woman of the Match award.

Lloyd netted in the third and fifth minutes with finishes off of set pieces before burying an audacious effort from distance in the 16th minute, effectively putting the game out of reach and giving the Americans their third World Cup trophy in a rematch of the 2011 Final .

What do you think of Lloyd winning SBI’s honors? Agree that she was the clear-cut winner? How clutch do you rate her performance?