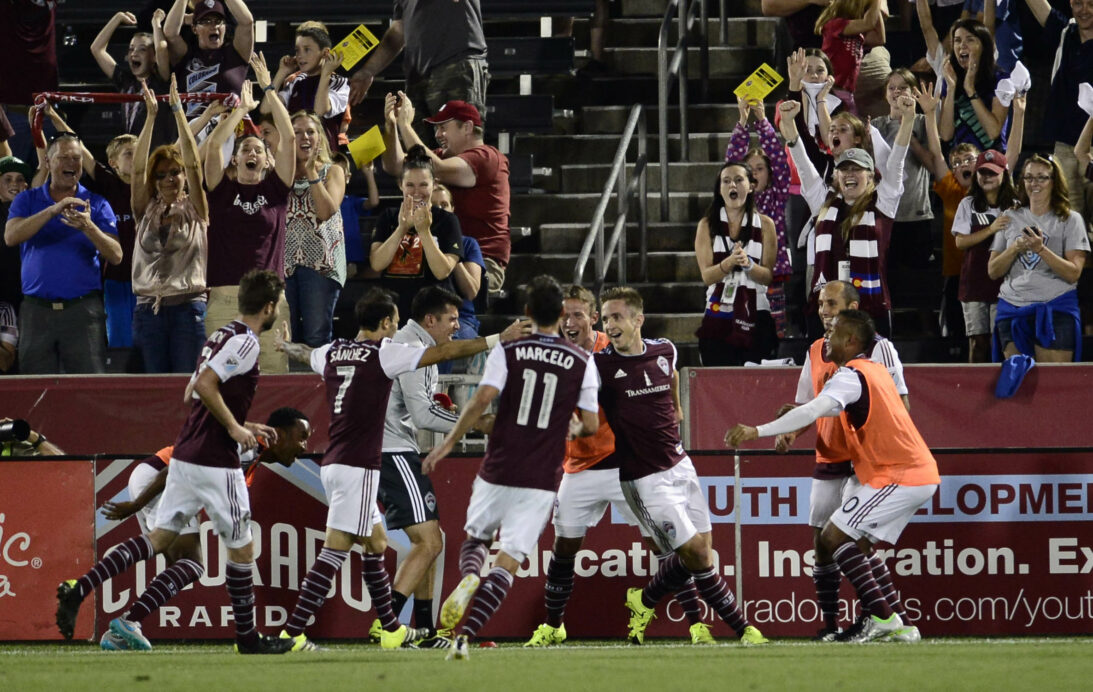 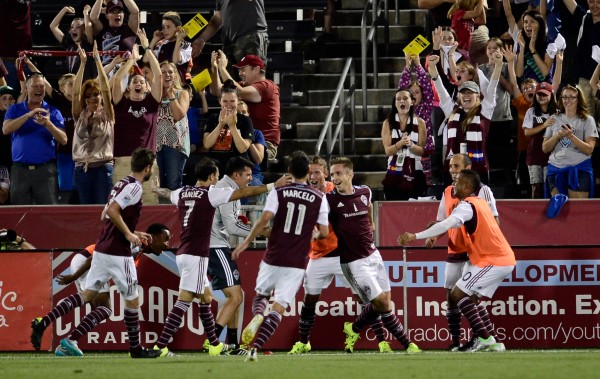 Do not stick a fork in the Colorado Rapids just yet.

The Rapids used a pair of second-half goals to come from behind and pick up a surprise 2-1 home win over Sporting Kansas City on Saturday. Dom Dwyer put Sporting KC ahead in the 47th minute with a one-timed effort, but Figueroa equalized just six minutes later before Doyle found a winner in the 76th.

Both of the Rapids’ goals were set up by Vicente Sanchez, who first pulled off a nifty dribbling run to tee up Figueroa’s deflected finish and later hit a gorgeous cross to Doyle for a close-range header.

The win extended Colorado’s current winning streak to three games, and has the club five points shy of the final playoff spot in the Western Conference. Kansas City, meanwhile, continues to be mired in a funk, losing three in a row now and slipping to fourth place in the conference.

What did you think of the Rapids’ 2-1 win vs. Sporting KC? Do you see Colorado making a serious push for a postseason spot? Worried about the direction Kansas City is heading in?