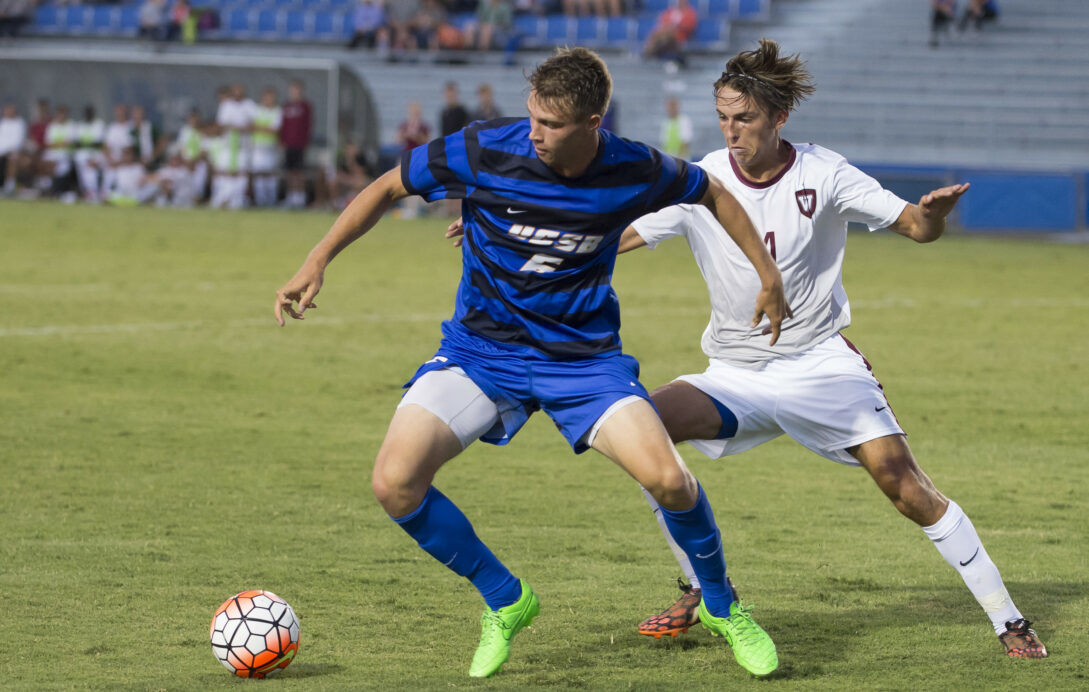 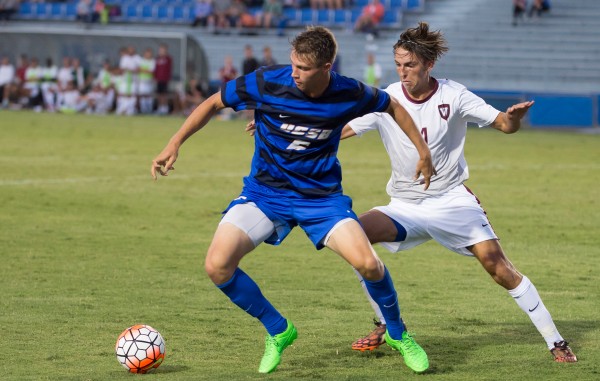 Opening-day struggle was the common theme Friday in college soccer, but some teams also looked strong in their 2015 debuts.

Two SBI Top 10 teams in California went down to unranked foes on the first day of the new season. No. 4 Stanford was the highest-ranked team to fall, as UC Santa Barbara defeated the Cardinal, 1-0, at Harder Stadium.

Sophomore forward Nick DePuy scored the game-winner in the 42nd minute, and midfielder Seo-In Kim provided the assist to give the Gauchos their first victory against the Cardinal since 2004.

“We took a lot of pride in tonight’s game,” Gauchos head coach Tim Vom Steeg said after the massive upset. “Last year, we gave up three goals in 11 minutes and we’ve been playing that video for eight months waiting for this game. Stanford has been picked as a Final Four contender, and we could see why that is tonight. We learned a lot about our team tonight, and it was a great performance all around.”

Meanwhile, the marquee match between No. 6 Notre Dame and No. 8 Maryland ended in a scoreless draw, with each side only attempting four shots on goal. The SBI No. 1 also did not start off with a win, as the Georgetown Hoyas tied Florida Gulf Coast, 0-0, in their first of two matches in the Sunshine State this weekend.

No. 10 California was also taken down on the road, with San Diego routing the favorite, 3-0. Two transfers making their first appearances for the Toreros, Djordje Babic and Marvin Schmiege, tallied the first two, and Torrey DeArmas added the third.

In an overtime thriller, No. 17 Providence found a golden goal to beat Bryant, 2-1. Mac Steeves, who recently played and scored in the U.S. Under-23 Men’s National Team’s College Identification Camp, tallied both goals for the Friars.

No. 15 Syracuse was also dealt an opening-weekend upset by Hofstra, with the Pride winning by a scoreline of 2-1. Junior Joseph Holland and sophomore Henry Crayton netted the decisive goals, while senior goalkeeper Patric Pray stood tall on the evening, making nine saves.

“We knew we could play with them in our minds,” Hofstra head coach Richard Nuttall said after the win. “I think we had a very poor first half. We gave them too much respect, sat back too much, the backline was too deep. So we decided to press up on them in the second half, and I think it put them on the back foot, and I thought we deservedly got in front and got the second goal.”

Finally, the No. 21 Xavier Musketeers made their case to move up the SBI College Soccer Top 25 by pummeling Eastern Illinois, 8-0. Seven of the team’s goals were scored in the second half, with Matt Vasquenza and Kaleb Bayse both scoring a brace.

Here is a rundown of Friday’s college soccer action: