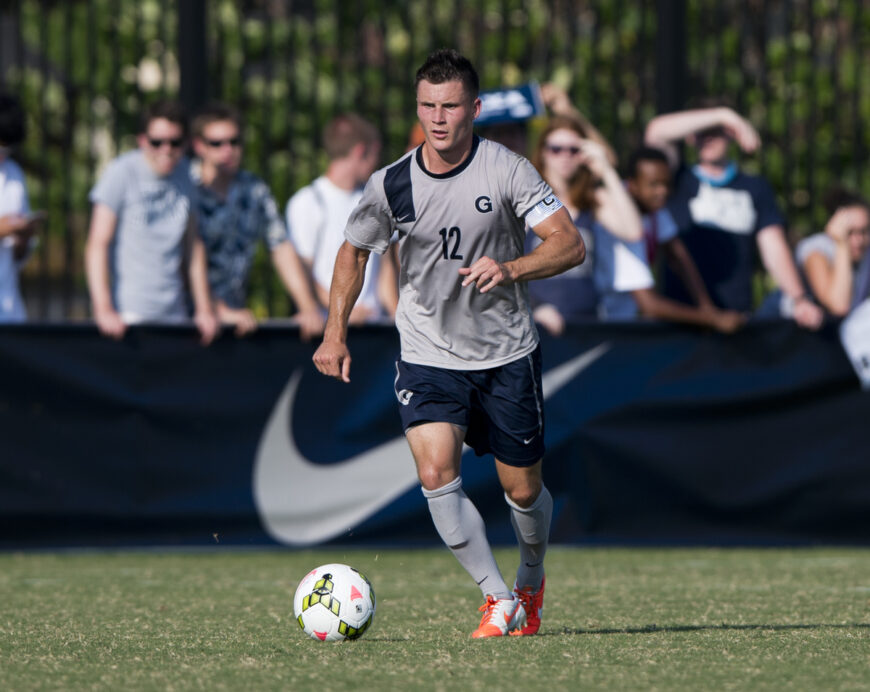 The race for the 2015 NCAA Men’s Soccer championship is a wide-open one, with a half dozen legitimate threats to unseat defending champion Virginia. While some very dangerous contenders reside on the other side of the country, the team best equipped to grab the crown away from UVA is a team not too far away.

The Georgetown Hoyas are stacked. From the forward line, featuring senior Brandon Allen, to the back-line, which is led by top prospect Joshua Yaro, the Hoyas are loaded all over the field. The midfield is particularly loaded, with playmaker Arun Basuljevic and midfielder Alex Muyl pushing the engine in a dynamic attack.

Virginia isn’t going to give away the crown easily. Not with a returning nucleus featuring midfielders Jake Rozhansky and Todd Wharton, as well as goalkeeper Jeff Caldwell. To say nothing of an incoming freshman class led by New York Red Bulls academy prospect Derrick Etienne.

Another strong challenge is UCLA, a team that has topped many an SBI preseason poll. The Bruins aren’t quite our top pick this year, but they weren’t very far off. With dynamic forward Abu Danladi leading the attack, and Michael Amick anchoring the defense, this could be UCLA’s year to finally meet expectations.

So who are the top teams in the nation heading into the 2015 season? Here is the SBI preseason Top 25:

What do you think of our selections? Any team you feel is ranked too highly? Which team did we leave out that you feel deserved a spot?