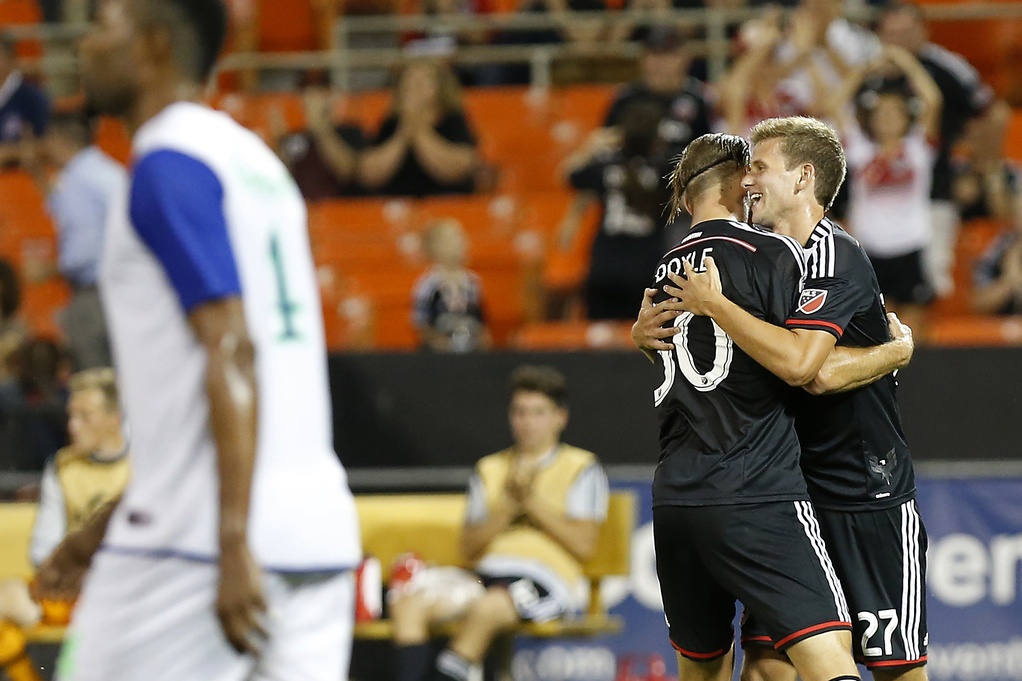 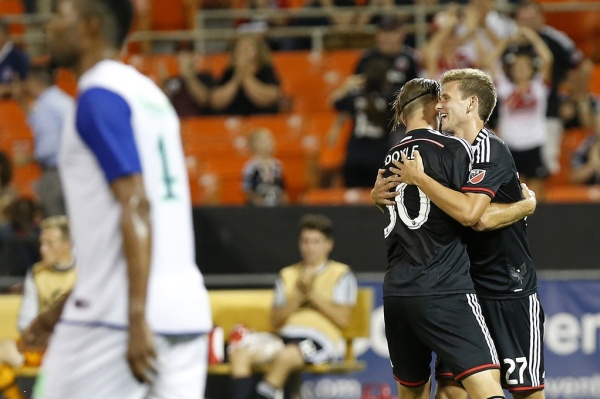 D.C. United continues to handle its business in the group stage of the CONCACAF Champions League.

After notching a late-game victory in that match, D.C. United took no such chances Tuesday, starting the scoring in the 37th minute through Aguilar.

Having seen teammates hit the crossbar twice in the prior 15 minutes, Aguilar made no mistake in giving D.C. United the first-half lead. Receiving a pass from Michael Farfan in the center of the box, Aguilar, who scored the game-winner in the team’s first CCL game, took a touch before firing home.

The lead was furthered 43 minutes later, as Opare doubled the advantage with a goal of his own in the 70th minute.

Following a cleared corner kick, the ball once again found its way to Farfan, who proceeded to dribble into the box from the left side. Farfan’s ensuing pass was whipped right onto the foot of Opare, who merely had to redirect the ball into the back of the net from close range to push the lead to two.

Doyle’s 90th-minute goal was then simply insurance. Jumping on the ball following a pair of deflections, Doyle took his opportunity cleanly, smashing a first time shot to the far post for D.C. United’s third and final finish of the night.

The evening was not without threats, though, as goalkeeper Andrew Dykstra was forced to make a trio of saves, the best of which came on an early Montego Bay opportunity in the 13th minute.

Following the win, D.C. United now possesses six points through two games ahead of a Sept. 15 meeting with Arabe Unido at RFK Stadium.

D.C. United will next return to MLS action Sunday with a visit to Red Bull Arena to take on the rival New York Red Bulls.