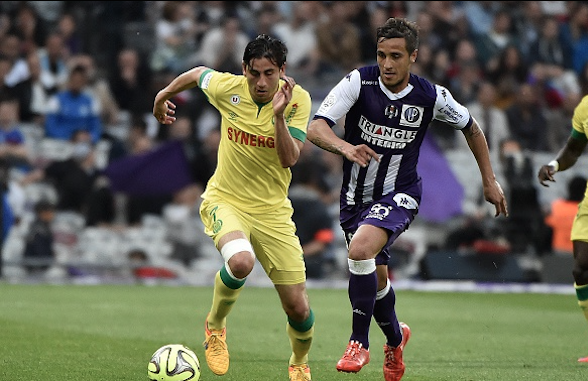 Alejandro Bedoya might have been “exposed” while playing for the U.S. Men’s National Team this week, but he has no time to dwell on that.

Nantes resumes league play when it hosts Stade Rennes on Sunday, and Bedoya will be looking to make his second straight start for the Canaries in the match. The 28-year-old midfielder is coming off a rough performance in the Americans’ 4-1 loss to Brazil on Tuesday, but could bounce back in a major way and regain some confidence if he helps Nantes continue its solid start to the Ligue 1 campaign with another victory.

Danny Williams – Bedoya’s replacement and the lone U.S. goal-scorer in that humbling defeat to Brazil – is also eyeing a return to his club’s starting lineup. Williams has a tougher challenge, however, as he faces a shorter turnaround. Reading play Ipswich Town on Friday, and that short window for recovery could force Williams to start the game on the bench.

If you are wondering what other fixtures are worth watching, look no further than Saturday’s Premiership slate of action. Tim Howard and Everton get things underway by hosting star-studded and reigning league champions Chelsea, while Geoff Cameron and Stoke City hit the road with the hopes of recording their first win of the season via a massive upset of Arsenal.

Here is who the Americans Abroad do battle with this weekend:

Which of these matches are you most looking forward to? Do you see Bedoya bouncing back in a big way this weekend? Is the turnaround too short for Williams to start for Reading on Friday?