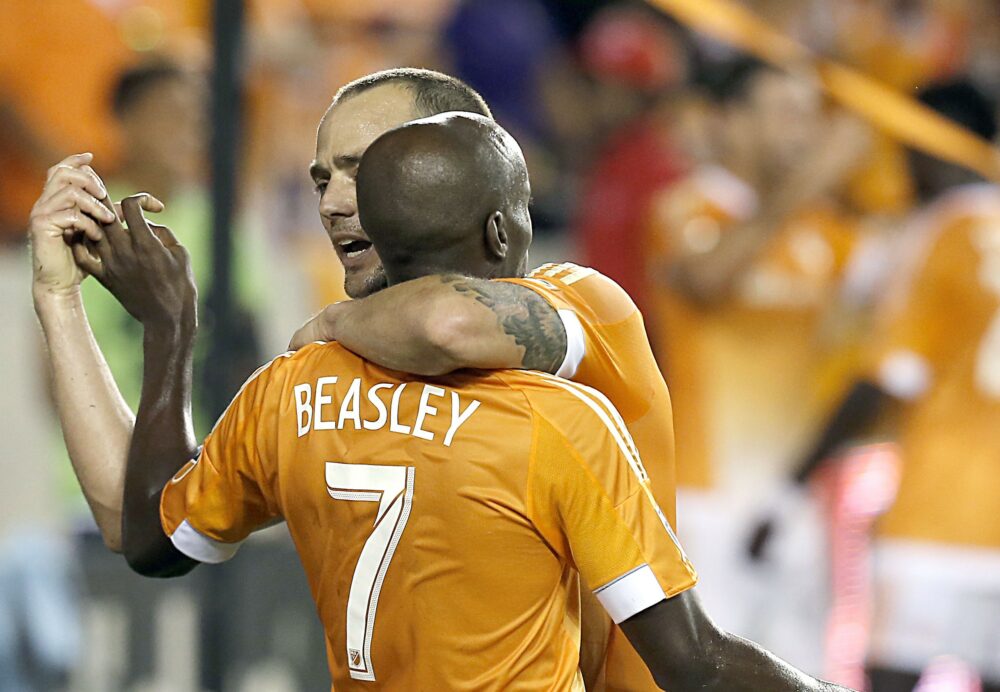 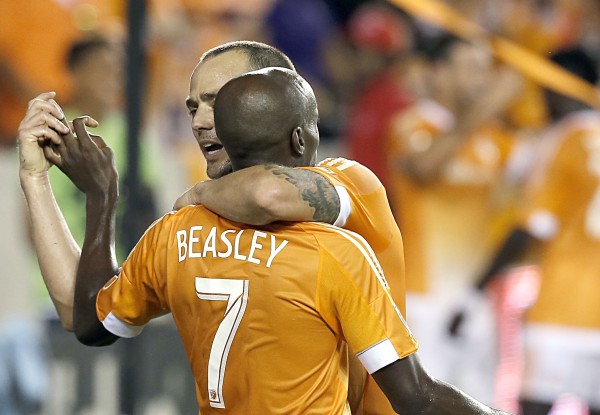 The Houston Dynamo held onto a 1-0 win against Sporting KC Wednesday evening to climb within three points of the Portland Timbers, who currently sit in the sixth and final Western Conference playoff spot.

In his return to the Dynamo, DeMarcus Beasley combined with Brad Davis on the left wing, before the former sped into the penalty box and sent a pinpoint cross in front of goal to Will Bruin, who tucked in the chance.

The first half was slow, and neither side could break each other down. The first shot of the game was registered in the 43 minute by Giles Barnes.

Things started to pick up in the second half, though, and just inside the 53rd minute, a Ricardo Clark shot on frame was deflected just wide.

The Dynamo would eventually find the opener, though, 13 minutes later. Davis and Beasley combined on the left before the fullback fizzed a low cross mere yards in front of goal. Bruin was standing still at the back post to bury the ball once it reached his feet.

Boniek Garcia saw his second yellow card of the match three minutes after the goal, and he was shown his marching orders. Despite going down a man, Houston would hold on for the important win at home.

The Dynamo play the Colorado Rapids Saturday, while Sporting KC has yet another important contest Sunday against the Seattle Sounders.