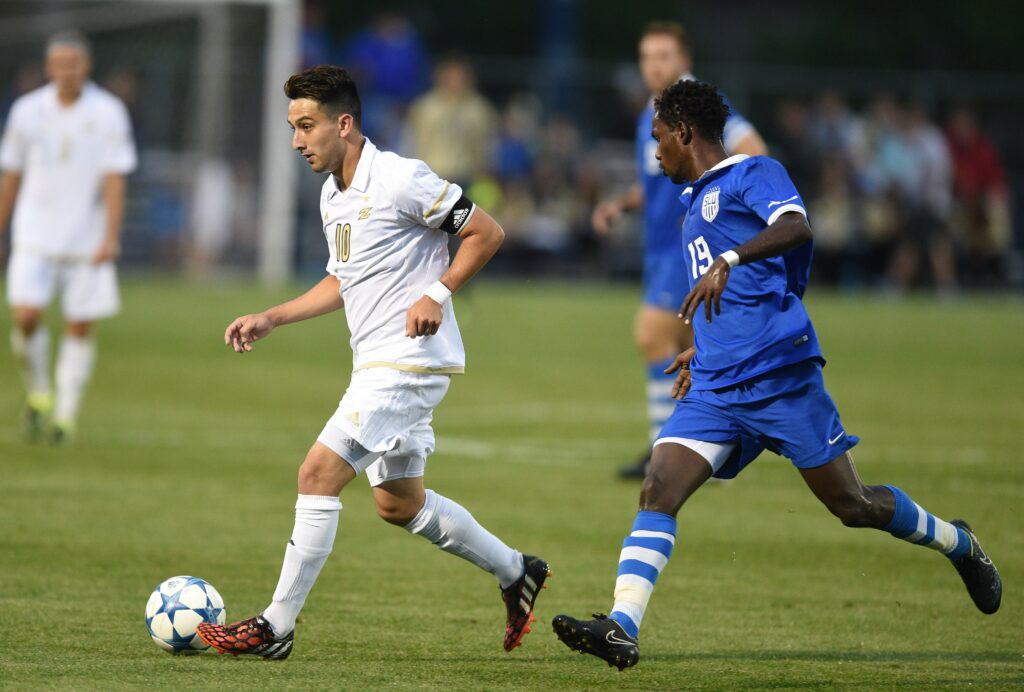 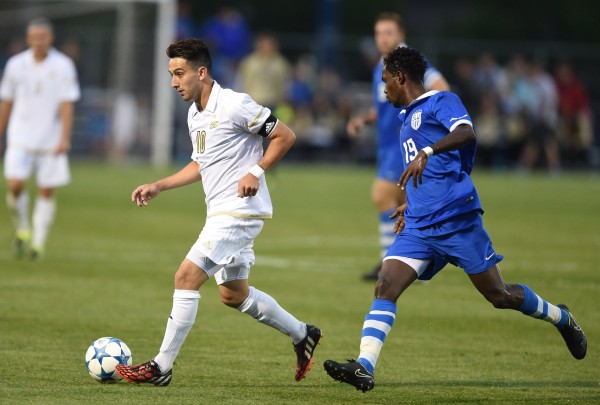 Aside from an opening weekend rout to Old Dominion, Akron has looked sharp to start 2015, and it continued to strut its stuff Friday.

The SBI No. 9 Zips rallied after going into the halftime break down 2-1 against No. 15 Saint Louis at FirstEnergy Stadium – Cub Cadet Field. The comeback was spurred on by a familiar threat for the Zips in Adam Najem, while Sam Gainford provided his second of the evening for the game-winning goal in the 71st minute.

Anthony Brown and Filip Pasivic gave the Billikens the 2-0 advantage before seven minutes had passed, but Gainford tallied before halftime, swinging momentum back into the direction of the home side. Akron rode that momentum to its fourth win of the year.

“We did not start well tonight and we need to learn from that,” Akron head coach Jared Embick said following the win. “Saint Louis is a great team and we needed a special effort and some great goals to come from behind. This team has shown it has resiliency and character many times. Today we showed that we now have the belief to go with it.”

Meanwhile, reigning champions and No. 3 Virginia were held to a hard-fought 2-2 tie in Durham. Duke was able to draw even with the Cavaliers using a spectacular strike from sophomore Jeremy Ebobisse.

Markus Fjørtoft gave the Blue Devils the advantage in the first half from a corner kick, but two tallies from UVa, one from Pablo Aguilar and another from Jake Rozhansky, just after halftime had Duke in a hole. Ebobisse’s blast assured the Blue Devils an escape.

“We’ve made a lot of strides since last year,” Duke head coach John Kerr said after the game. “It was great for us to play an excellent first 30 minutes. I’m disappointed with the two goals we gave away in the second half that put us behind the eight ball, but I’ve got to give my players credit for the way they bounced back and got back into the game. They were determined to not lose that game.”

Finally, No. 20 American continued its impressive start to the season knocking out No. 21 Hofstra, 2-0, to improve to 5-0 on the year.

Here is a rundown of Friday’s college soccer action: