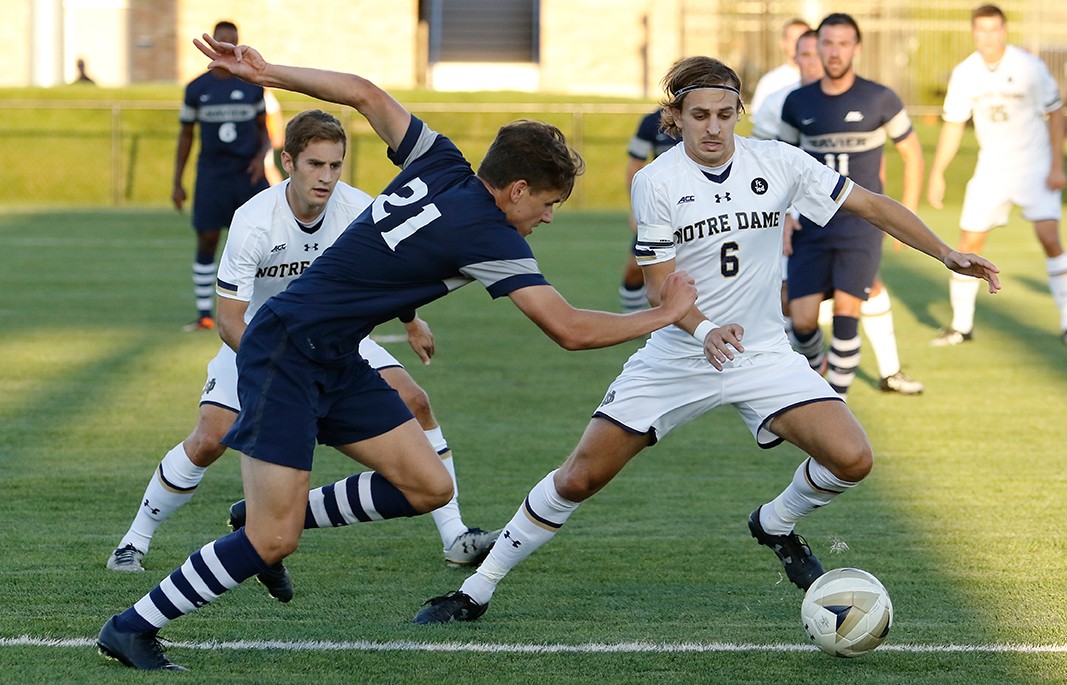 It wasn’t the best of weeks to be ranked in the SBI Top 10, as three teams were unable find a win during the midweek.

SBI No. 1 Notre Dame continued its hot streak during the weekend, but it had no answer for Xavier Tuesday.

Muskateers junior Jalen Brown found the back of the net in the 47th minute, while goalkeeper Dallas Jaye made six saves to help his side hold onto the huge 1-0 road win.

“I think everyone needs to remember that this is a very good Top 25-level team, which had a bad week not too long ago and certainly is capable of playing at a high level,” Xavier head coach Andy Fleming said of his own side after the win.

“We’ll enjoy this tonight and get ready for an NCAA tournament team in Bucknell tomorrow, mindful that we owe our home fans a makeup for the Virginia Tech game two weeks ago.”

Meanwhile, in a battle of two previously perfect records, the underdog was the one to escape as victor Tuesday. Visiting Elon went into Spry Stadium and defeated No. 7 Wake Forest, 1-0, thanks to a penalty conversion by Eduardo Alvarez.

With the win, the Phoenix are now 6-0 on the year, posting five shutouts along the way. Of the teams across the nation that have played five or more games, only No. 2 Creighton and Elon have perfect records with no losses or ties.

On Wednesday, fireworks were going off, as No. 9 Akron and Ohio State played to a thrilling 3-3 tie. The Zips jumped back into the SBI Top 25 after a surging run that saw them take down top teams, but the Buckeyes were able to put three by Akron in the second half to force a road result.

Sam Gainford and Adam Najem impressed for the Zips once again, though, as the former had three assists and the latter tallied a goal and an assist as well.

Here is a rundown of all of the results from college soccer’s top teams this week: