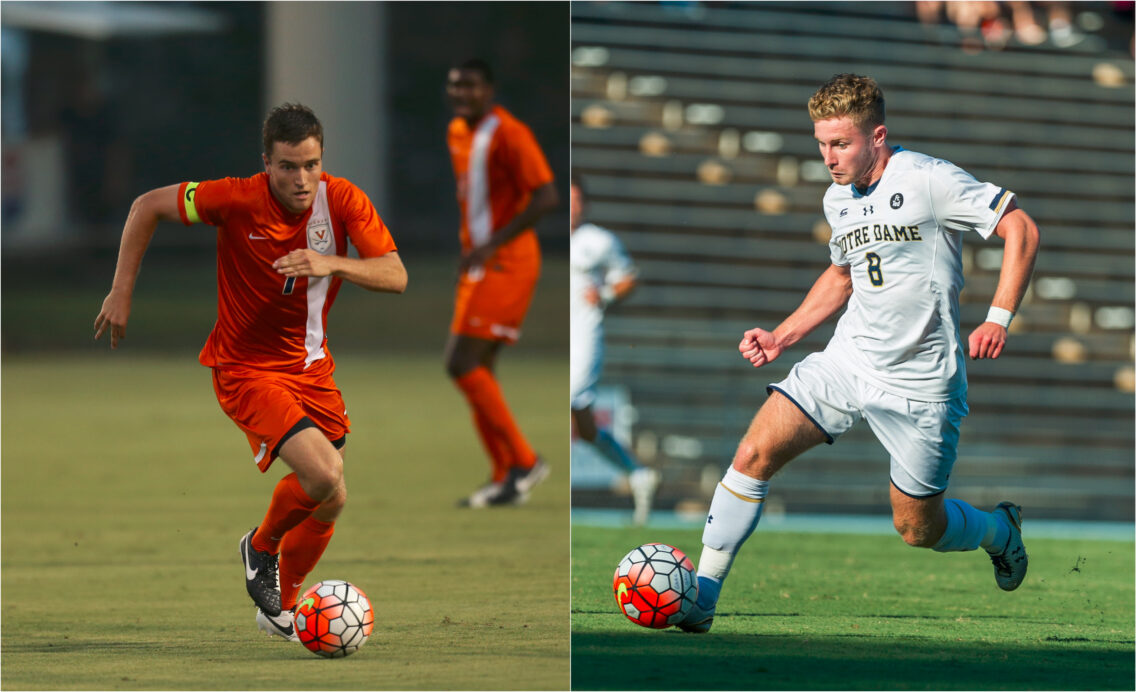 The previous two College Cup champions have come from the ACC, and those two will face off Friday in South Bend.

The Cavaliers have not lost a game to start its repeat campaign, securing five wins in seven games played, but the Fighting Irish will undoubtedly cause concern.

Sophomore midfielder Jon Gallagher has exploded onto the scene in 2015, leading his team in goals scored with five, and the Fighting Irish have posted important wins against some of the nation’s best sides. Despite losses to North Carolina and Xavier, Notre Dame defeated Indiana, Saint Louis, Clemson and Michigan State.

Meanwhile, the weekend’s other Top 10 matchup also takes place in the ACC, as the league is once again showing its strength with many top teams.

No. 5 Wake Forest, who emerged from a midweek victors for the seventh time this season, hosts No. 6 Clemson. Senior forward Michael Gamble leads the Demon Deacons with six goals, while Oliver Shannon and T.J. Casner both have four goals and have made the Tigers attack a force to be reckoned with in 2015.

Here is a rundown of where all of the top teams will be playing during the fourth weekend in men’s college soccer: