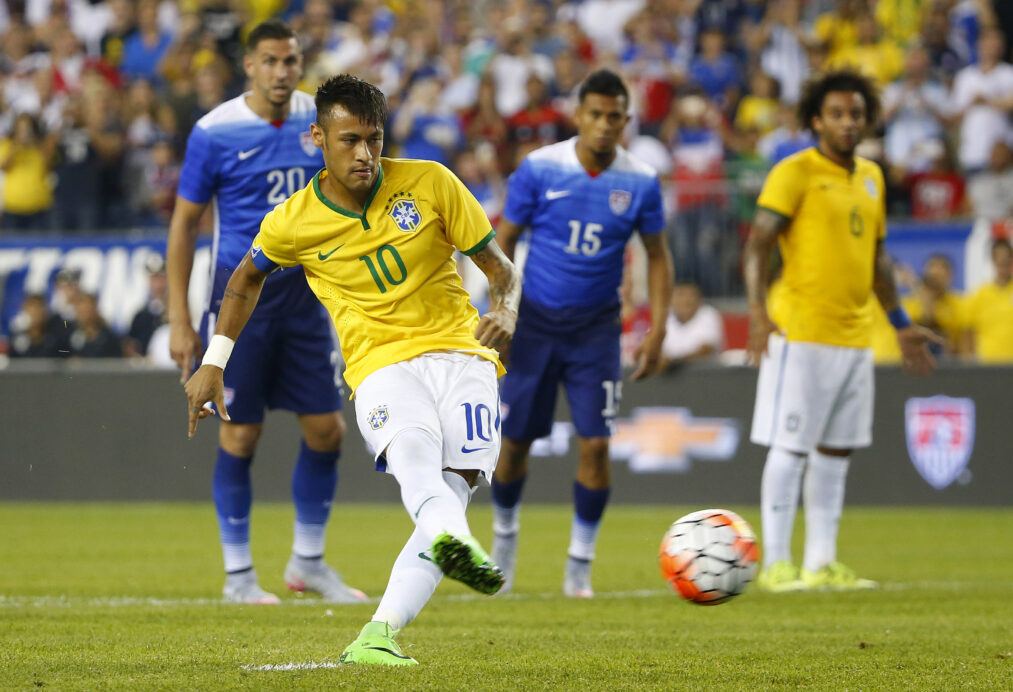 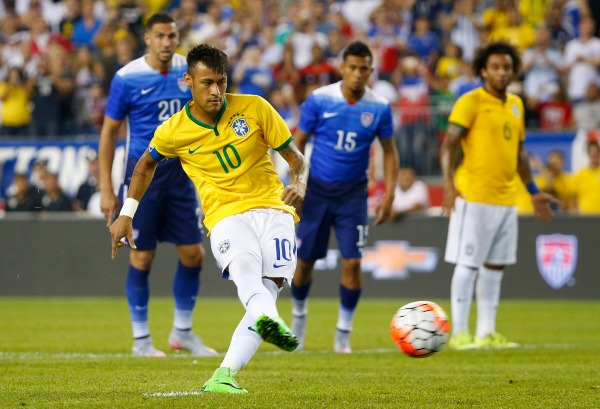 FOXBORO, Mass. — It was easy to see that the U.S. Men’s National Team was overmatched in the first half. It was made abundantly clear in the second.

The U.S. was handed a humbling 4-1 defeat in its final match before next month’s CONCACAF Cup, as Brazil cruised to victory at Gillette Stadium on Tuesday night. Hulk scored early for the dominant Brazilians, and Neymar came off the bench at halftime to bag a brace that put an emphatic exclamation point on the result.

Danny Williams netted the lone goal for the Americans in the 91st minute with a rocket from distance.

The loss was the Americans’ worst since suffering a 4-1 drubbing to the Republic of Ireland in a friendly in 2014, and it leaves U.S. head coach Jurgen Klinsmann with plenty to consider ahead of the Oct. 10 match with Mexico that will decide who reaches the 2017 Confederations Cup.

Brazil came out sharp from the get-go in a match played in front of 29,300 fans, and it took the South American powerhouse just nine minutes to score the opening goal.

After U.S. midfielder DeAndre Yedlin hit an ill-advised back pass, Willian raced down the right flank and hit a cross that smacked off the crossbar. Hulk pounced on the loose ball in the penalty area and cut back on his right foot before firing a laser into the back of the net.

The Americans, who were playing in a 4-2-3-1 formation, struggled to muster up much of a response in a subpar first half. The U.S. was so ineffective, in fact, that Klinsmann took off Alejandro Bedoya in the 36th minute and replaced him with Williams.

Brazil’s star-studded roster put the American defense on its heels for much of the opening stanza, but the makeshift U.S. back line limited the visitors to just one goal before halftime.

Things changed for the worse after the break.

Brazil made it 2-0 in the 51st minute off a Neymar penalty kick. The Brazilian attacker drew a foul from Geoff Cameron in the box after latching onto a diagonal ball from David Luiz, and he hit the ensuing attempt from 12 yards just past goalkeeper Brad Guzan’s fingertips. The finish proved to be the winner.

Rafinha compounded the Americans’ misery in the 65th minute. A lightning-quick counterattack ended with the Brazilian substitute pulling off some magic on the ball before slotting a shot home past Tim Ream and Guzan.

Neymar tallied his second of the night two minutes later, coolly finishing through traffic with a slotted effort.

Williams pulled back a consolation goal for the U.S. and spoiled the Brazilian shutout by hitting a rocket from distance. The 91st-minute strike did little to ease the Americans’ pain and frustration, though.

The U.S. will now return to their clubs before shifting focus to next month’s important meeting with Mexico at the Rose Bowl in Pasadena, California.

What did you think of the USMNT’s 4-1 loss to Brazil? Surprised by the lopsided scoreline? Did any American impress you? Worried about the state of the team ahead of the Mexico showdown?