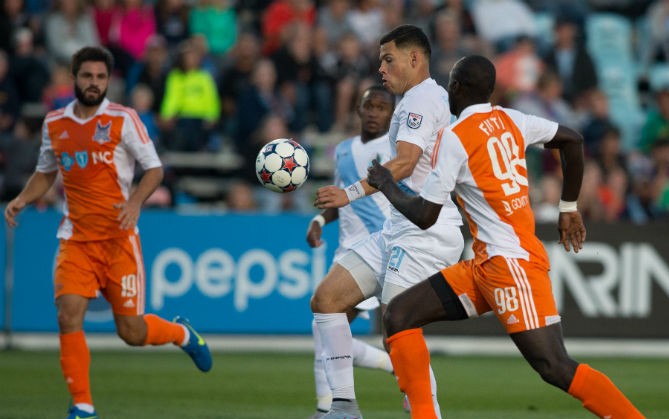 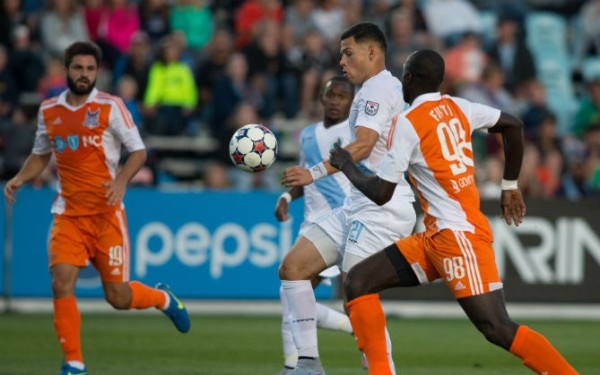 Results from Minnesota United and the Ottawa Fury put the sides closer than ever to securing high-seeded playoff positions with just eight matches to go.

After going down early at home to the Carolina RailHawks, United marched to a late victory thanks to a critical performance from unlikely hero Kevin Vargas.

The win put United within three points of catching the Fury as the Fall Season leaders, with the New York Cosmos in the same position after a narrow win at home.

Gio Savarese’s Cosmos were taken all the way to the finish line by a short-sided Jacksonville Armada, only breaking through with the game-winning goal in the 74th minute.

Elsewhere this weekend, FC Edmonton posted a win over the Tampa Bay Rowdies to put pressure on Stuart Campbell’s side in the battle for the postseason.

The league’s best defense in the Ottawa Fury were able to keep the Brazilian firepower of the Fort Lauderdale Strikers quiet on Saturday, as the sides drew 0-0 in Canada.

Marc Dos Santos’ back line had a rough task ahead of them, with Strikers stars Stefano Pinho, PC and Marlon Freitas all putting up multiple goals against Indy Eleven two weeks prior.

The Fury were well drilled, though, and almost walked away with a late victory. Aly Alberto Hassan saw his stoppage-time header go just wide of the net in front of 6,327 home fans at TD Place.

Raul still has it.

The New York Cosmos recorded a 1-0 victory over the Jacksonville Armada at home on Saturday, thanks to a brilliant goal from the Spanish legend.

In the 74th minute, Walter Restrepo flicked a ball to the top of the box for Raul, whose ball control rendered Armada defenders powerless. The former Real Madrid attacker beat his man with a feign before sending the keeper the wrong way and splitting two defenders with a curling shot to the left side of the net.

The Armada played the remainder of the game a man down after the 52nd minute, when Lucas Trejo got a straight red for a cleat to the face of Cosmos attacker Lucky Mkosana.

UNITED COME BACK TO BEAT RAILHAWKS

Minnesota United right back Kevin Venegas put in an outstanding performance as his side surged late to a 3-1 home victory over the Carolina RailHawks.

Futty Danso headed home a Tiyi Shipalane corner in just the fourth minute to get the visiting fans off their seats.

As the match headed into its final 20 minutes, the RailHawks may have thought that a road win against the MLS-elect side was all but guaranteed, but United’s right back had other plans.

In the 72nd minute, Venegas flicked an Andrei Gotsmanov free kick up into a dangerous position, where RailHawks defender Daniel Scott redirected the ball into his own net.

Just moments later, five technical touches took the ball from United’s goalkeeper all the way into the back of their opponents’ net. Sammy Ndjock booted the ball to Venegas at midfield, who lofted a ball to meet the head of Christian Ramirez at the 18-yard box. Ramirez’s header put the ball at the feet of Pablo Campos, who ripped a half-volley into the net for the go-ahead goal.

A spectacular 81st-minute goal from Venegas topped off the comeback. From inside the box, Daniel Mendes laid the ball off to Venegas, who beat his man with some skill before speeding past two defenders and firing into the opposite side netting from a tough angle.

The San Antonio Scorpions posted a 2-0 home win over the Indy Eleven on Saturday night in a match-up between two sides unlikely to reach the playoffs.

In first-half stoppage time, Indy Eleven goalkeeper Keith Cardona brought down Marvin Chavez in the box as the attacker received a lofted ball from Omar Cummings. Rafael Castillo utilized a stutter step to send Cardona the wrong way as he scored the resulting penalty.

The second goal for the Scorpions came in the 72nd minute, when Castillo tapped in a low cross from Billy Forbes that split two Eleven defenders from a tight angle on the left side of the field.

After taking points off of the top two teams in consecutive weeks, the Tampa Bay Rowdies suffered a 1-0 loss away to FC Edmonton on Sunday.

Just 16 minutes into the match, a corner kick from the Eddies would result in Albert Watson’s go-ahead goal.

The Edmonton central defender volleyed home the lofted ball from Dustin Corea’s corner to give his side the win at home.