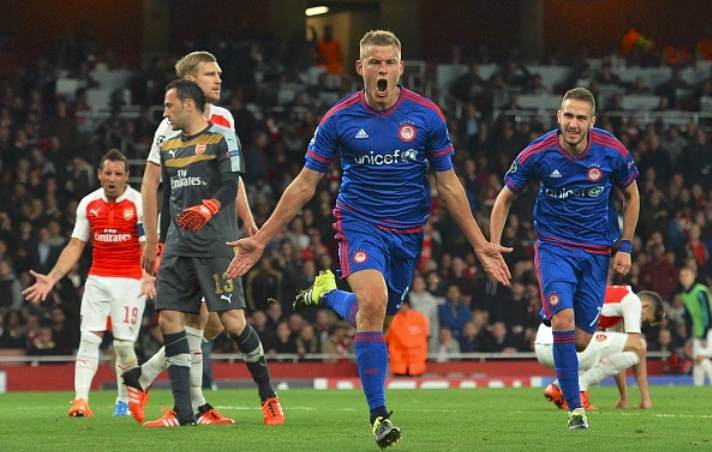 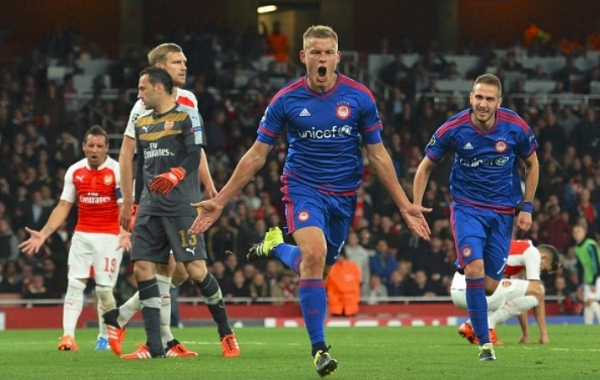 After stomaching a tough opening loss at Dinamo Zagreb two weeks back, Arsenal fans would have been hoping for a statement performance against Olympiakos in London on Tuesday evening.

The Gunners went down in the 33rd minute when an Olympiakos corner resulted in an own goal by Alex Oxlade-Chamberlain. Theo Walcott equalized for the home team just two minutes later, finishing off a ball from Alexis Sanchez.

Olympiakos regained the lead in the 40th minute, when Arsenal goalkeeper David Ospina pushed the ball to the ground and on the wrong side of the goal line from a corner kick. Alexis Sanchez equalized in the 65th minute, though, heading home a cross from Walcott.

The winner came for the Greek visitors just a minute after, when Alfred Finnbogason tapped home a ball from deep by Felipe Pardo.

Here is a closer look at Tuesday’s UCL results:

After seemingly putting their English Premier League troubles to bed with a dominant victory over Maccabi Tel-Aviv two weeks ago, Chelsea was stunned, 2-1, on the road to FC Porto Tuesday evening.

Chelsea equalized through a brilliant Willian free kick on the stroke of halftime, with the referee blowing the whistle as soon as the ball was in the net.

The Portuguese side was out for blood, though, and regained their lead in the 52nd minute. Maicon put a skillful header past Begovic off a corner kick for the go-ahead goal.

Robert Lewandowski finished off an absolutely insane week of goal-scoring by putting away a hat trick as Bayern Munich defeated Dinamo Zagreb, 5-0, at home on Tuesday.

The German striker took his tally to 10 goals in his last three matches with his goals against Zagreb.

Summer signing Douglas Costa got the scoring started in the 13th minute, smashing in a low near-post shot past the Dinamo goalkeeper. Lewandowski grabbed his first just eight minutes later, tapping in a cross from Thiago Alcantara. Mario Gotze put in a third for Bayern in the 25th minute.

Lewandowski scored his second and his team’s fourth in the 28th minute, smashing a header off of the crossbar and in off of a corner from Costa.

The final goal came for Lewandowski in the 55th minute, when the Polish striker chipped in a goal over a helpless Zagreb goalkeeper.

Here are the result’s of Tuesday’s other matches:

What do you think of today’s shocking results? What are Arsenal’s chances of advancing? Can Chelsea get it together? Is Lewandowski the best striker in the world right now?