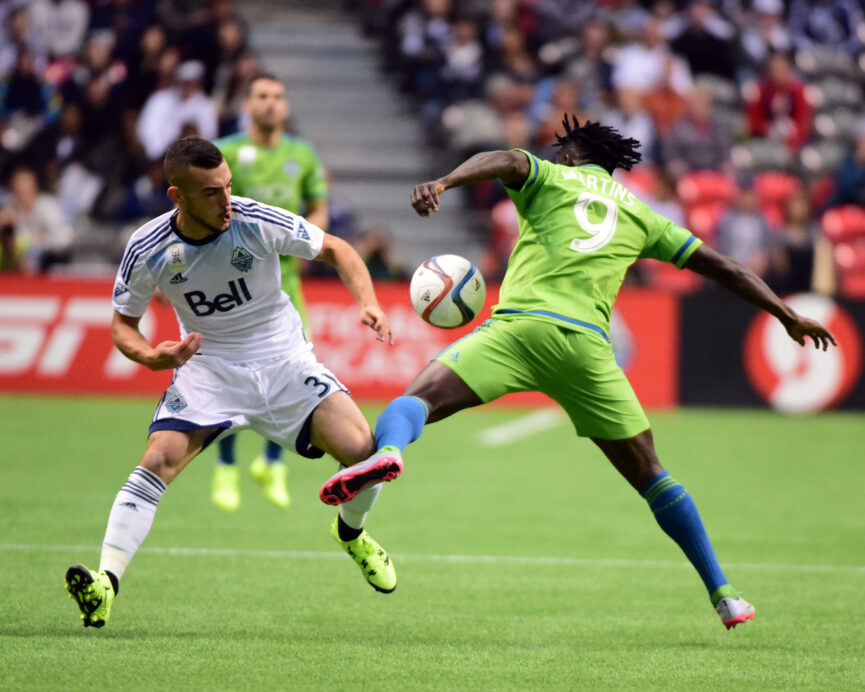 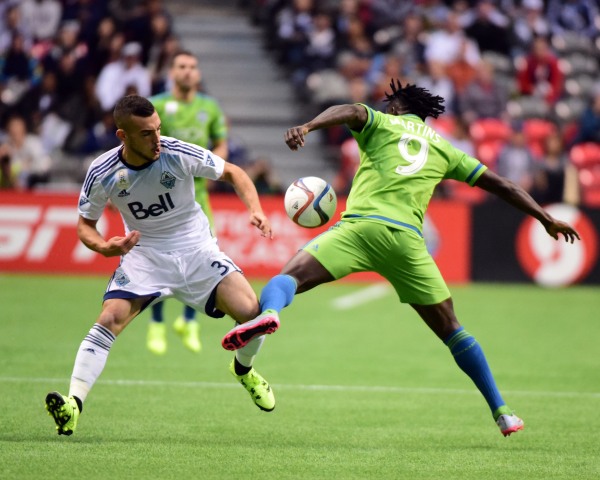 Much of the focus for most MLS clubs right now is on playoff positioning, but there are a select few that are also juggling the duties of the CONCACAF Champions League.

Two of them will collide this week, and first place in their group is at stake.

The CONCACAF Champions League group stage continues with the penultimate round of group stage matches. The most intriguing one involving MLS teams is arguably the Cascadia clash between the Seattle Sounders and Vancouver Whitecaps, who just met in league play over the weekend and will be battling for the top spot in Group F on Wednesday.

Other MLS sides with tournament games this week are the LA Galaxy, D.C. United, and Real Salt Lake. The Galaxy will be trying to lock up first place and secure advancement to the knockout phase when they meet Central FC on Wednesday, and Real Salt Lake is looking to help itself do the same against Santa Tecla on Thursday. D.C. United, meanwhile, takes on Montego Bay United having already qualified for the next round.

D.C. United has already won Group H and clinched a spot in the next round, meaning head coach Ben Olsen will likely use this road game as a way to give minutes to his younger and less used players.

D.C. enters the match at Montego Bay Sports Complex with a perfect 3-0 record, and have yet to concede a goal. The club will want to keep that momentum going regardless of which players it fields, and should have a chance given that Montego Bay has given up six goals while scoring none on the way to an 0-2 record thus far. Those poor results include a 3-0 defeat to D.C. United in August.

The LA Galaxy routed Central FC, 5-1, the last time they met in early August, and another victory would punch a ticket to the knockout rounds. The Galaxy are sitting pretty right now because of their high goal differential, so even a loss here is unlikely to hurt them too much.

Still, LA head coach Bruce Arena will want to improve to 3-0 in Group D before closing out play in the first round with a match against Comunicaciones next month. Arena usually finds the right balance between fielding starters and reserves in these kinds of games, but it is expected that he fields even more backups and youngsters for this road fixture given the Galaxy’s positioning in the group.

The Seattle Sounders and Vancouver Whitecaps just met in MLS play with the Cascadia Cup on the line, and will once again square off with something major at stake. First place in Group F is up for grabs in this one, as both the Sounders and Whitecaps have four points apiece.

Vancouver has played one less game than Seattle, so a win here would be huge for its chances of advancing. The Sounders will, however, have homefield advantage on their side in what is their final game of the group.

Both Seattle head coach Sigi Schmid and Vancouver manager Carl Robinson have big decisions to make here in terms of the lineups they throw, as both clubs are still jostling for playoff positioning and the Supporters’ Shield in MLS.

Real Salt Lake has its future in its hands, but nothing will be certain after this match at Rio Tinto Stadium. RSL currently has four points through two games, but Municipal also has the same amount and will visit the MLS club in the group finale next month.

There is room for error for Jeff Cassar’s side given that it could lose this match and advance with a victory over Municipal in October. Still, Salt Lake will want to avoid that kind of pressure and also treat its fans to a welcome distraction from its disappointing MLS campaign, so there is a chance that a number of regular starters play from the onset.

What do you think about this week’s CCL action involving MLS clubs? Which team will win in the Cascadia bout? See the Galaxy clinching the top spot in their group?