Who should the USMNT start vs. Peru? 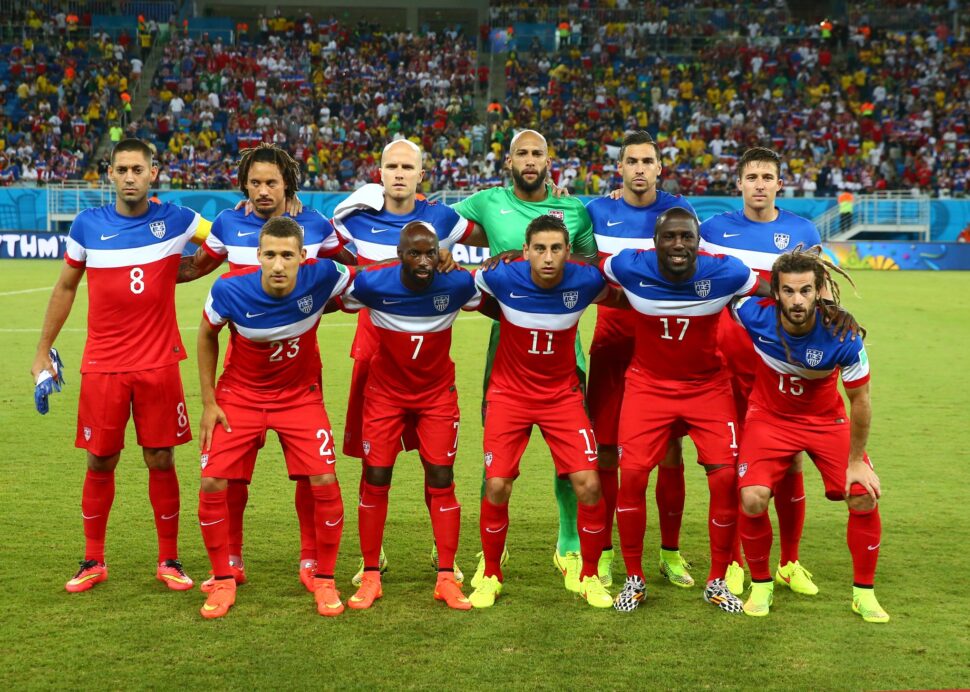 It was clear during and after the disappointing showing at the CONCACAF Gold Cup that changes needed to be made.

Well, we are about to find out just how willing Jurgen Klinsmann is to shake things up.

The U.S. Men’s National Team will play its first game since failing to place at the Gold Cup in July, and the Friday encounter at RFK Stadium will come against a talented nation in Peru that resembles in several ways the Mexican team that the Americans will face in the CONCACAF Cup in October.

Klinsmann has already settled on a starting goalkeeper for these next two months, but has said that several other positions are very much wide open. Among the available spots are forward and centerback, spots where there are a number of candidates that could help their causes with strong performances.

Doing that against Peru will not be easy, though. The Peruvians will be without their top two striker choices in Paolo Guerrero and Claudio Pizarro, but still have Jefferson Farfan, Juan Vargas, and most of the other players that helped them earn a third-place finish at the recent Copa America.

How will Klinsmann approach this game? Here is the lineup SBI could see taking the field: 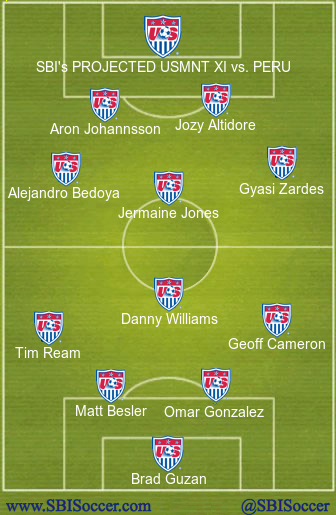 The biggest question mark for the U.S. going into this game is the defense. Centerbacks John Brooks and Ventura Alvarado are back after starting throughout the majority of the Gold Cup, but their struggles in that tournament have left the door open for more seasoned options to come in and take the young defenders’ places in the lineup.

With a crucial game against Mexico looming and the number of grizzled veterans called in for this camp, Jurgen Klinsmann appears likely to go with one, if not two, of his more tested players here. Klinsmann may very well give the World Cup duo of Omar Gonzalez and Matt Besler another run-out here, especially since he knows that they have what it takes to get the job done at a high level.

Klinsmann already named his preferred starters at goalkeeper and both the fullback positions this week, but the absences of Fabian Johnson and DaMarcus Beasley has left the U.S. head coach with some thinking to do. There are a couple of natural fullbacks on the squad in Jonathan Spector and Greg Garza, but the sense around the camp in the nation’s capital is that Klinsmann will go with natural centerbacks who can play out wide in a pinch.

If that indeed is the case, the returning Geoff Cameron and Fulham’s new signing Tim Ream could patrol the right and left flanks, respectively, against a pair of wide Peruvian players in Christian Cueva and Andre Carrillo that are very attack-minded.

The absence of captain Michael Bradley in the midfield also leaves Klinsmann with some interesting decisions to make. No one can exactly replace what Bradley brings to the table, but Jermaine Jones has shown in the past that he can join in on the attack if needed. Jones will likely be moved into the No. 8 role while a fellow German-American in Danny Williams cleans up behind him.

Klinsmann is short on options at the outside midfield spots, and it is for that reason that it seems likely that Alejandro Bedoya and Gyasi Zardes start. The two of them are comfortable playing out wide and have the kind of speed that can help keep Peru’s forward-thinking fullbacks honest.

Bedoya is the stronger of the American duo from a defensive standpoint, so that could lead to him playing on the left and Zardes on the right. Peru right back Luis Advincula can be a handful, and Bedoya’s defensive work rate will likely be needed to slow him down.

Who comprises the front line seems to be a little more clear cut, though Klinsmann has said it is a competition there with Clint Dempsey out for this game. The pairing that makes the most sense, however, is Jozy Altidore and Aron Johannsson. The two of them have a familiarity with one another after previously spending time at AZ Alkmaar, and that chemistry gives them the edge over Bobby Wood and Andrew Wooten.

In goal, there will be no split duty. Klinsmann has already publicly given Brad Guzan the nod over returning veteran Tim Howard.

What do you think about this USMNT lineup? Worried about the defense no matter who plays there? How do you see Klinsmann lining up his midfield against the Peruvians?